Christof has just released a few firmware updates for the DCHDMI.  There’s a long list of changes since the initial review was posted, but the ones that really stand out to me are PAL 576P support, as well as the ability to passthrough interlaced modes (PAL & NTSC), instead of forcing bob deinterlacing.  I realize that in most setups, having your TV do the deinterlacing might add more lag, but in many cases, the TV (or another processor you may be using) might do a much better job reducing the interlaced flicker.

A full list of changes can be found here:  https://github.com/chriz2600/DreamcastHDMI/blob/master/README.md

…and of course, updating is as simple as connecting the DCHDMI to a wireless network and pressing a few buttons!  It can’t get any easier than that!  Check out the review video below for a demonstration: 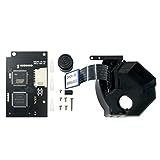 (69)
$180.00
Note: please don't upgrade the firmware,it is the latest firmware version, and it will be permanently bricked if you upgrade the firmware.(Don't operate with power during installation.Please read the product instructions carefully before use.Didn't w... read more
(as of February 6, 2023 - More infoProduct prices and availability are accurate as of the date/time indicated and are subject to change. Any price and availability information displayed on [relevant Amazon Site(s), as applicable] at the time of purchase will apply to the purchase of this product.)
Liked it? Take a second to support Bob on Patreon!