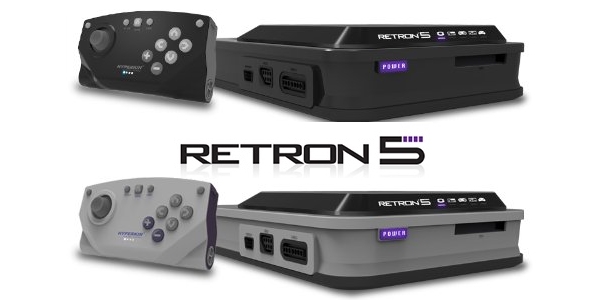 The Retron 5 is an emulation console based off Retroarch that uses original consoles and controllers.  Some systems suffer from a lot of lag, but others are bearable.  The Retrofreak might be a better option, as its essentially the same thing, but allows for direct playing of roms from an SD card.

When the Retron 5 was first released, I thought it was a neat toy…but I’m not sure I’d recommend it anymore.  Most hardcore retro-gamers most likely won’t like it, as some of the systems have a bit too much lag and it’s not an exact re-creation of the original console (unlike an RGB-modded system with an XRGB Mini).  If you’re looking to play a casual cartridge game, the Retrofreak might be a better option.

If you’re finished, I invite you to go back to the main page to see all the other retro-gaming awesomeness we have on this site…especially the RGB guide!