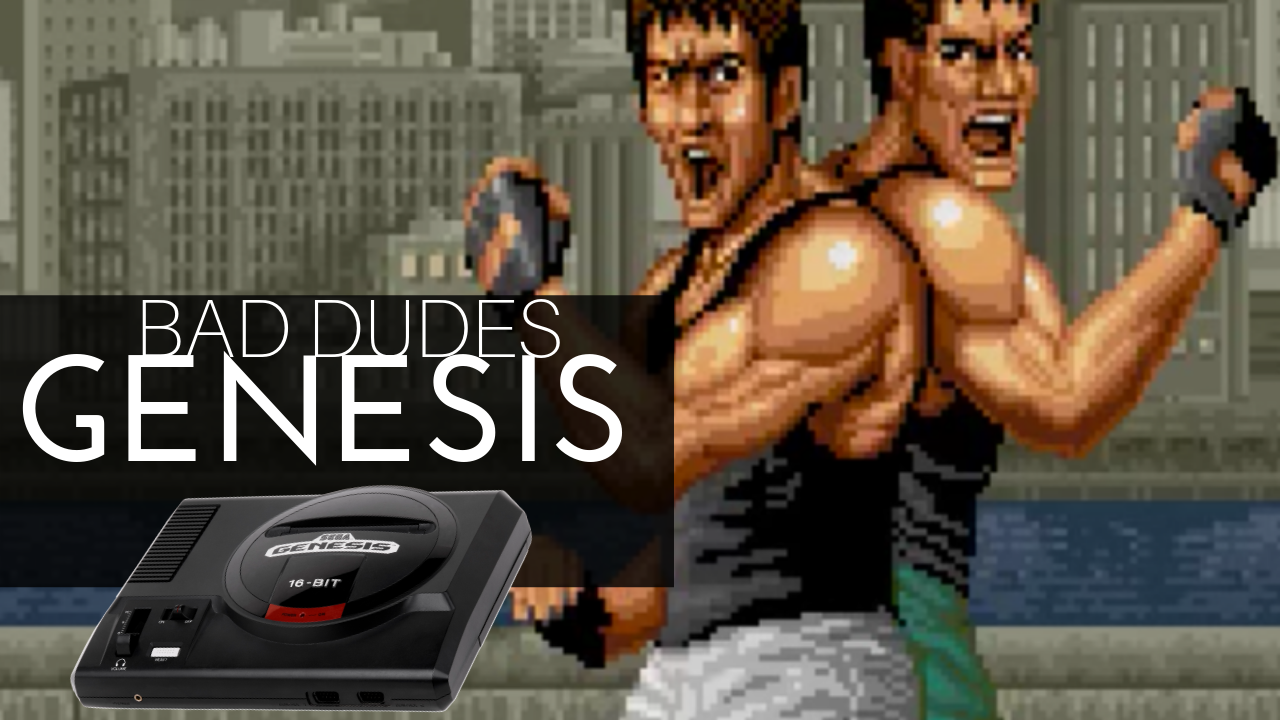 Developer Nicolas Hamel has posted a sneak peak at his work on a port of the rad arcade game “Bad Dudes” for the Sega Mega Drive / Genesis.

If that wasn’t a surprise in itself, he’s also received assistance from the @bigevilboss himself, Matt Phillips of Tanglewood fame!

Small side project, a megadrive code editor with source level debugging, kudos to @bigevilboss for the unvaluable help and was used on @tanglewoodgame <3 Hope to realease it "soon" with all the new MD dev coming these days! pic.twitter.com/8vRkysh7FY

According to Hamel, there are some things that “really need fixing” but he’s hoping to have something “soon” for the masses to try out.

For those interested in this, Chad Nault even put together a cover in record time.

I got really excited about the thought of a Bad Dudes port for the Genesis/Mega Drive, so I just had to Photoshop a mock-up of what the boxart could of looked like had it actually been released back then. Fingers crossed this is an actual port in progress! pic.twitter.com/dIsitiG4hK

As a fan of the arcade game who spent his allowance playing this after school with his buddies, I’ve always wanted to see a port of this on the Genesis. It just seemed like a perfect fit for Sega’s 16-bit console.

There were some home console and computer ports of this game, but unfortunately they were generally disappointing.  The NES version (probably the best known version) omitted co-op play entirely, removing one of the very best features of the game.

Let’s hope that this turns out so well that we can get an arcade port of RoboCop arcade as well! (Wishful thinking, but who knows?)