Coming back from what he dubbed as a long hiatus, 8bitgasm from Chipnetics Computing just released the SyncSlayer II, a device that mainly converts 15kHz RGBs through Scart to 15kHz RGBHV through D-sub.

The SyncSlayer II is basically a revamped version of the original iteration, released almost two years ago. The biggest change comes in the form of replacing the older on-board video sync separator the Texas Instruments LMH1980 with the Renesas ISL59885.

A few pin jumpers have also been added this time around to toggle between TTL and 75ohm video output. The option of powering the device through the Scart connector (from the source console) has been removed, so the SyncSlayer II powers on only when the PSU is plugged in (no on/off switch either).

Note that the SyncSlayer II is NOT an upscaler and only alters the sync signal (separates the composite sync into horizontal and vertical sync) for equipment that specifically requires a 15kHz RGBHV signal like some of the Extron Rxi video processors and switchers like the MPS 112CS.

The SyncSlayer II is now available for purchase on Tindie and is priced at 80$. 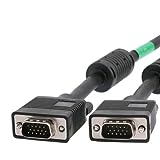 (as of October 20, 2021 – More infoProduct prices and availability are accurate as of the date/time indicated and are subject to change. Any price and availability information displayed on [relevant Amazon Site(s), as applicable] at the time of purchase will apply to the purchase of this product.)