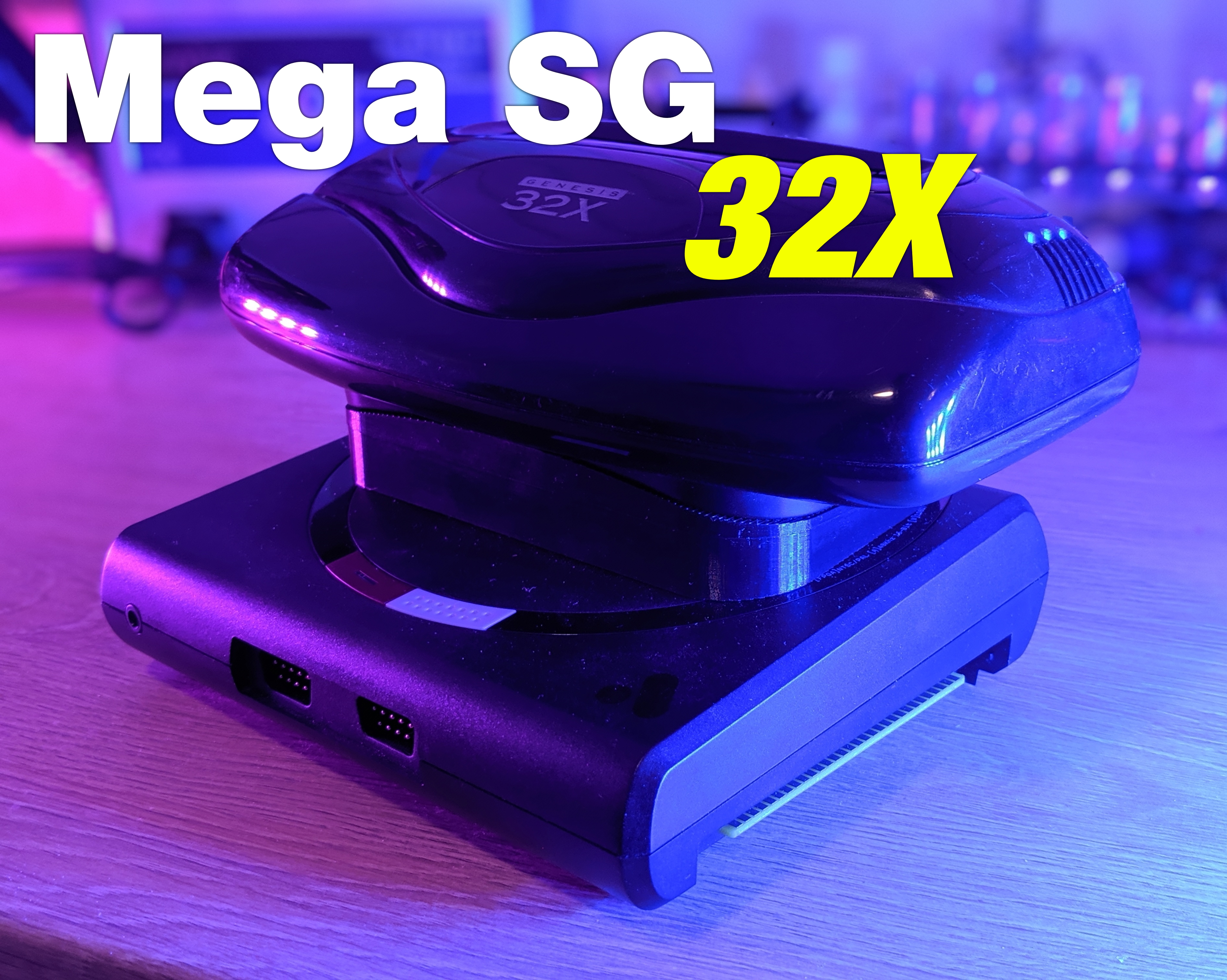 Kevtris announced in My Life in Gaming’s DAC Stream that he has the 32X working with the Analogue Mega Sg. It will require the DAC and a custom mixing cable. 32X hardware support is extremely difficult because of the way its analog video is mixed back to the Genesis. Kev has confirmed that Doom and SmokeMonster Afterlife RPG are tested and working.

Greg Collins designed a beautiful 3D Mega Sg 32X riser that has suddenly become quite useful, and he hooked me and Kevtris up with prints for testing recently. Greg has made the design free to download, and he offers it for sale in his shop for $15 for those without access to a printer. Although it’s by no means required, the riser looks great and lends the 32X a little more stability.

Your chance to buy a Sega 32X at a halfway decent price is officially running out though. When Sega CD support was announced for the Mega Sg, used prices skyrocketed that same day and have never really settled back down since.