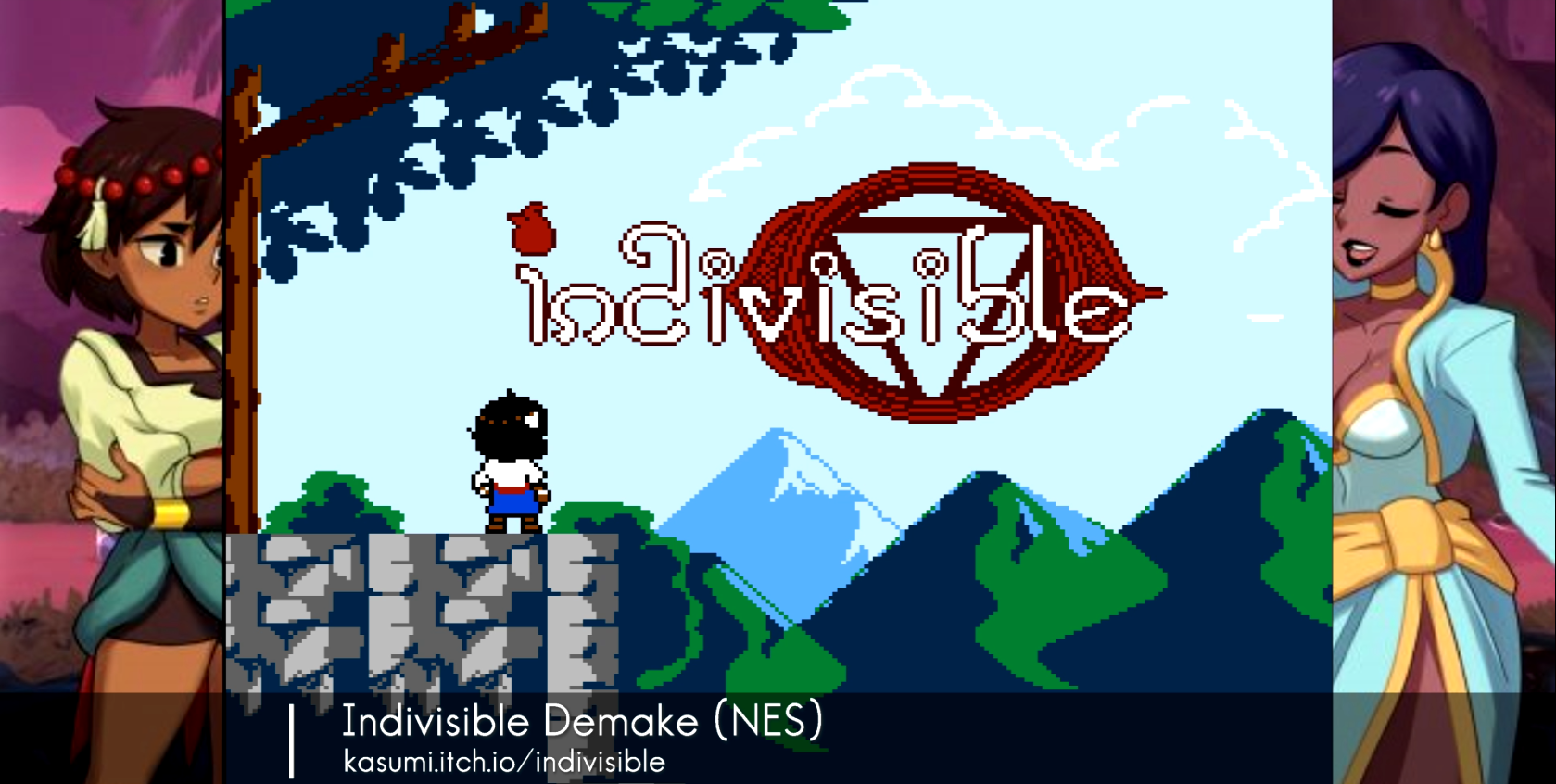 A developer that goes by the screen name of Kasumi has released a ROM of Indivisible for the NES.

It’s not a hack of any other title, and impressively, Indivisible demake was coded from scratch. It can be played on a real Nintendo Entertainment System, a MiSTer, or via an emulator.

Please note that that this is a fan project that’s not associated with the original developers.

As expected of a NES title, the storyline is simple:

Join Ajna as she battles through forgotten temples in search of her tapir, Roti!

The demake should take roughly about 30 minutes to complete (according to the developer) and is absolutely gorgeous to look at.

Of course, as it’s a new NES title, I immediately downloaded the ROM, dragged the file into my Everdrive N8, and played through the game on my original NES.

It also plays great on the MiSTer, and see in the video below:

While the original game is an action RPG, this one is more of a bite-sized metroidvania.  You start outdoors, make your way inside a castle or temple of some kind, get lost, backtrack, find the item needed to continue, proceed, fight the boss, and then it’s over.

The animations are smoother than some 16-bit games. The sprites are also large and colorful on both the protagonist and enemies in the game. This is due to the MMC3 mapper used for bank switching.

Gameplay is reminiscent of Ninja Gaiden for the NES with wall jumping mechanics and the punch attack at the beginning feeling similar to Ryu Hayabusa’s slash. It also plays as great as it looks with tight controls.

Once players get familiar with the layout and enemy patterns, realistically, the game can be finished is less than 10 minutes.  That said, the boss is truly lives up to the phrase “NES HARD” as it takes a TON of hits to finish it off, has multiple attacks, and seemingly random patterns.  Oh yes, three hits and you’re dead. It’s a great thing that the game offers unlimited lives and continues.

My only real gripe is the music is a little bit high pitched and ear grating. I had to lower the volume, but the tune does its job. There is even a voice sample or two included in the short demo, which is a nice touch.

Overall, it’s a great experience that showcases some incredible talent by the developer.  I can’t wait to see their next project!

The ROM file can be found here: Indivisible (NES)