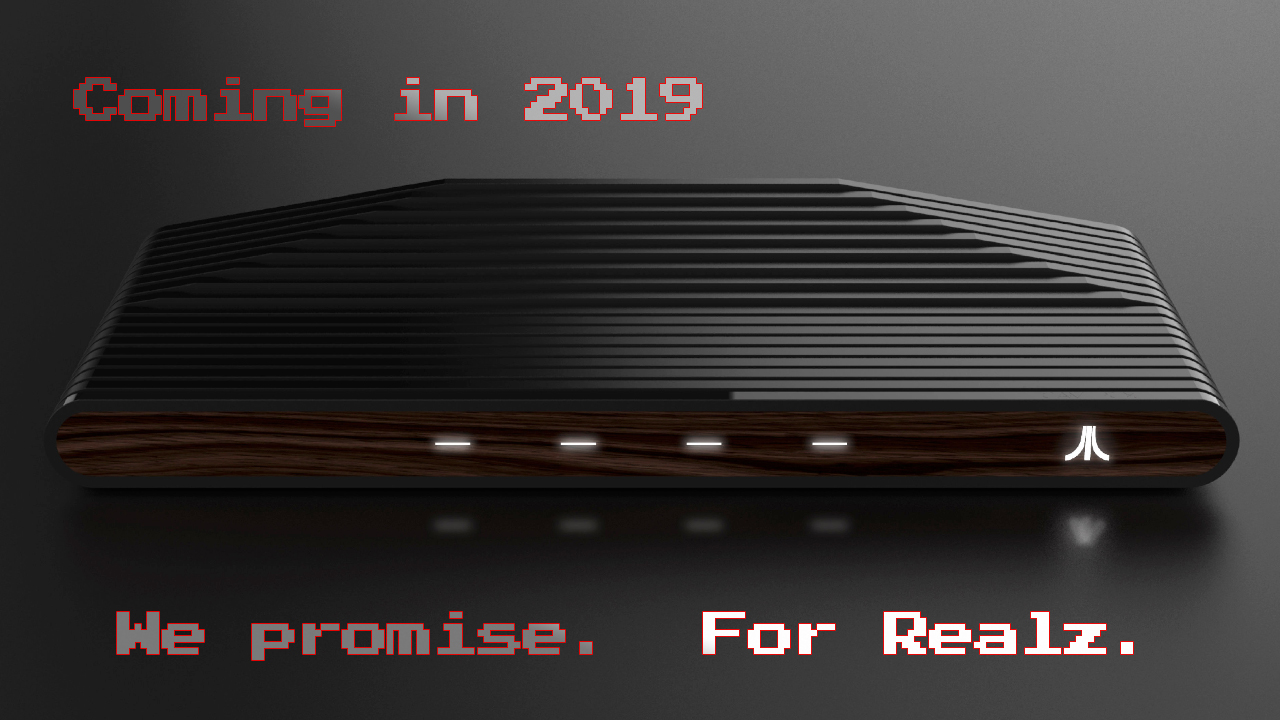 Atari has just announced they’ll be delaying the VCS until “late 2019”, as a result of a hardware upgrade:

“The Atari VCS will now be powered by a 14nm AMD processor featuring high-performance Radeon Vega graphics architecture and two “Zen” CPU cores. This new processor replaces the model from the “Bristol Ridge” family that had been in the plan since originally selected for the Atari VCS back in 2017. AMD’s all-new Ryzen embedded chip will be faster, cooler, and more efficient, allowing the VCS to benefit from a simpler and more effective power architecture and thermal solution. The new processor includes built-in Ethernet, Native 4K video with modern HDCP, and a secure frame buffer that fully-supports DRM video (Netflix, HBO, etc.).“

Speaking as someone who spent years working for a computer hardware design company, that logic makes sense:  Why launch a product with a chipset that doesn’t support the latest architecture?  Especially when it comes to non-upgradable things like HDMI/HDCP versions, those of which can potentially affect compatibility with future TV’s.

…but because of that experience, the timing seems fishy.  If they’re just now delaying the product, there’s no way the full design was finished;  It’s a minimum of three months from “confirmed prototype” to “production sample”…and in almost all cases, it takes much longer.

With a partner like AMD standing beside them, it seems there’s a better chance of a product emerging, but “when”, “how good” and “why would we want it” are all questions I’m still asking.

As a retro-gaming fan, I’d love to see Atari reemerge with a successful product, but there are just too many signs that something is off with this product.  I guess only time will tell.