On December 31st, 2020, HIdden Palace streamed on Twitch an unreleased prototype of the original Sonic the Hedgehog from before the game was set to release.  It has a bunch of differences in both level design and graphics, most notable being some of the backgrounds in zones like Marble Zone (shown on the left), and Spring Yard Zone (or Sparkling Zone as it was known in this build of the game). 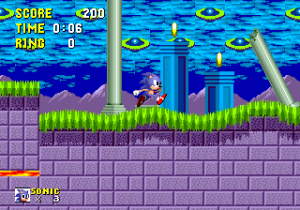 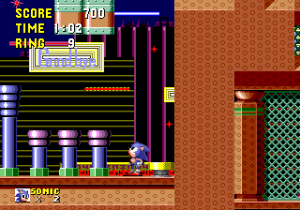 At the end of the stream, there was a timer counting down to both the release of the ROM, and the new year in the UK and the countdown ended with a nice send off to Adobe Flash.

The prototype was released by DRX and can be downloaded here, and the screenshots also came from that page as well. There’s also a great write up about the history of the prototype and how DRX got ahold of the ROM from the prototype which you can read here.  The owner of the cartridge will also be auctioning it off on eBay in February.

RedHotSonic has also uploaded a video in his But Does It Work On Real Hardware series where he tests the prototype on a real Mega Drive to see if it works.  It’s a good video so I recommend giving it a watch.

I’m happy that this prototype has been released, as it’s always cool watch and play a game in its early phases of development.  And it’s neat to see how much was changed from this prototype to the final game.  Maybe we’ll be able to get ahold of the Tokyo Trade Show prototype as well and preserve that online.  Maybe, one day.