Released in May 2020 in cartridge form, Xump 2 – BTS is the sequel of the 2014 released, multi-platform simplistic old-school puzzler Xump.

RetroGuru were kind enough to provide me with a review copy of the game so here are my brief impressions after spending quite a few time with it.

To start things off, I would like to examine the box and its contents. The plastic clam-shell looks to be identical in terms of size and measurements to an original shell, and feels sturdier than most cheap 3rd party cases. The artwork, which screams Master System, is over simplistic as it only portrays the protagonist Xump and its companion Misuki, laying right on top of an early Genesis-like black grid pattern.

The game comes with a full-color high-quality horizontal manual that includes a detailed description of the game’s premise and the very unnecessary basic controls. RetoGuru decided to also drop in a Xump 2 themed postcard à la Mega Cd/Saturn. (although those were just generic business postcards)

The cartridge, which is oddly painted in dark green, feels lighter than an original cart and the edge of its pcb is not bevelled (that’s one reason to get the rom file and play through a rom-cart). The rear side of the inlay has the typical in-game screenshots on it, as well as a text summary of the game’s story and gameplay. 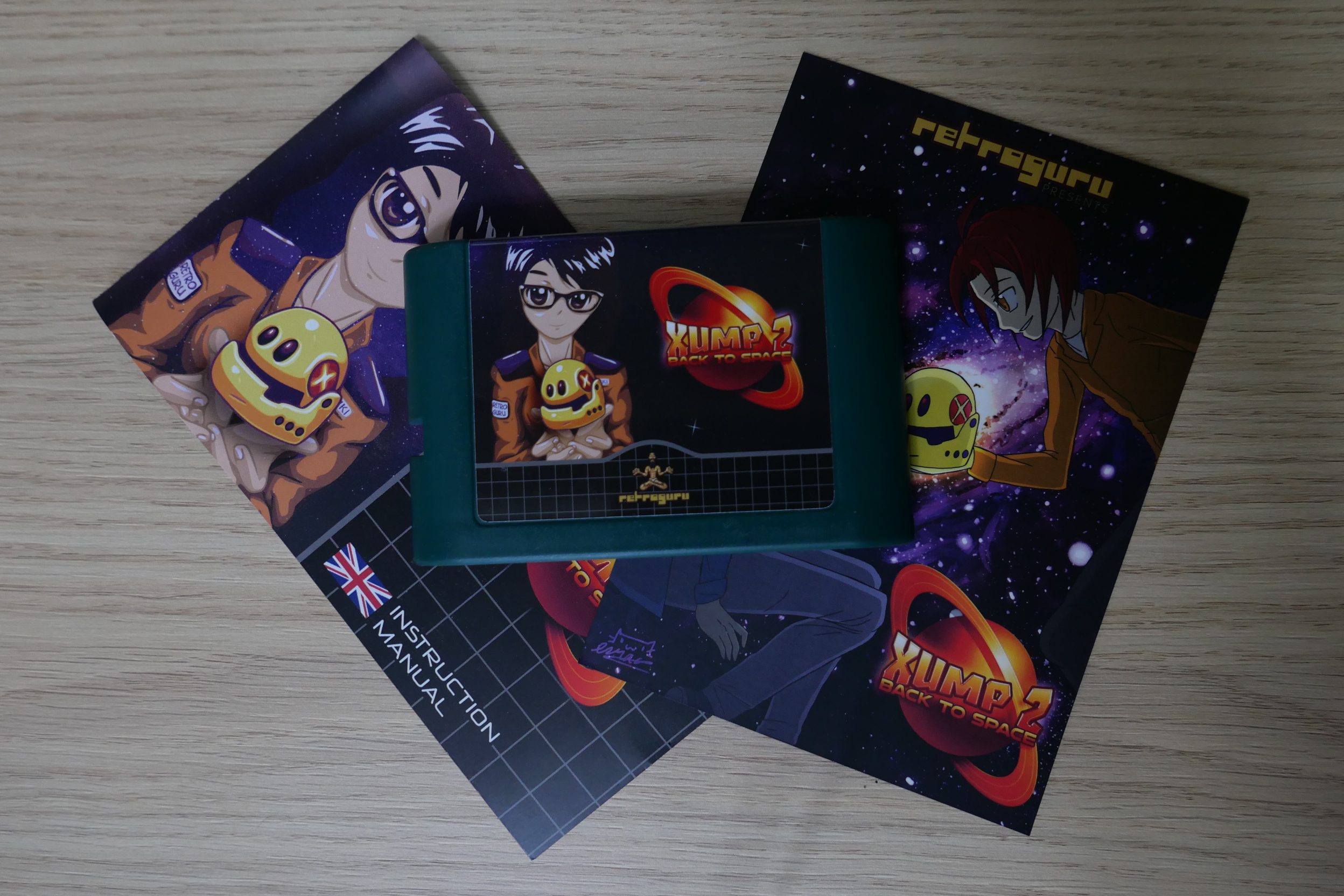 All in all, I like the clean look of the outer box as it seamlessly fits within an original game collection but the artwork leaves a lot to be desired.

Upon boot, players are greeted with a menu, where they get to choose whether they want to start a New Game or Continue from a previously reached point. The cart uses SRAM to save the player’s progress and score. Also, the entire soundtrack can be played under Audio and completed stages can be replayed by selecting them under Extras. 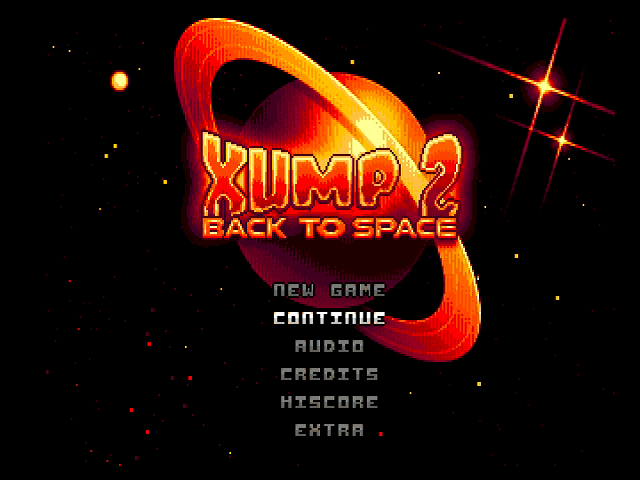 The gameplay of Xump 2 – BTS is extremely straightforward: navigate through a one-screen space field, using just the D-pad and clear dissolving tiles by stepping on them. Once that’s completed, Xump must land on a solid tile to safely move on the the next stage. Obstacles like mines, teleport sectors and arrow walkways appear progressively throughout the game and their scattered showing quickly ramps up the overall difficulty. 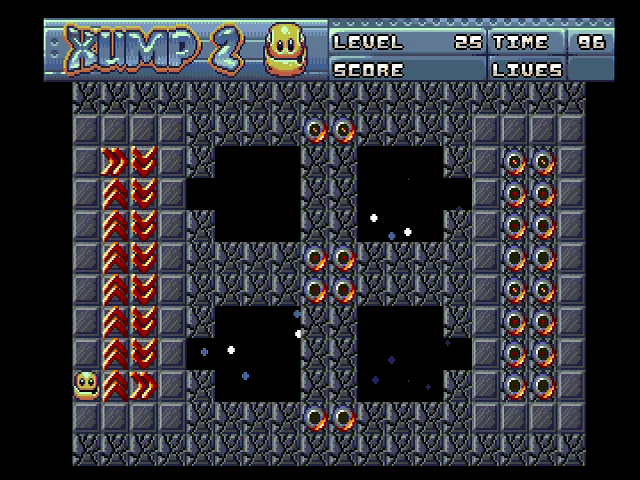 Each stage is set by a timer with different time values depending on the length and complexity of the puzzle. The player is granted 3 lives at the beginning of each new session but the game offers infinite continues. That feature actually comes in handy since this specific genre of games requires a lot of trial and error to get through complicated puzzles.

The controls seem to be very tight and responsive but for the sake of maximum accuracy, I would personally rather play such a game on a keyboard with separated arrows.

The game has average graphics and animation but in my opinion that suits the simplistic nature of the game.

The music is mostly excellent and surprisingly doesn’t quite resemble the typical YM2612-based Genesis/Mega Drive soundtracks from the late 80s/early 90s but rather sounds like it’s heavily inspired by Amiga public domain music, minus the infamous low pass filter.

I’m generally not a fan of puzzle games, but Xump 2‘s level of challenge made me come back to it more often than I expected. It takes some time and effort to complete all 48 stages so I’ll be definitely revisiting it whenever I have a few minutes to kill, especially now that I can easily boot it right from my rom-cart. (The downloaded .bin file works perfectly with both the Mega Sd and the MEGA-Everdrive series)