A handful of previously unreleased demo’s and games for the PlayStation 2 have just been posted, after being recovered from a formatted hard drive recently found.

Of the games posted, Snood and The Benefactor seem to be demo’s of games that were never released on the PS2.  Pillage was actually released a year after this “preview copy” on PS2, GC & Xbox, under the name:  Future Tactics: The Uprising.  I’m not sure what the changes are from this version to the final release, but the original game was said to be “stuck in development” for awhile, so I assume the changes extend far past the name.

Red Dead Revolver was eventually released as a full game on the PS2 and the final version had a different title screen (below) than the one from the preview copy, shown in the thumbnail above.  I’m assuming this is an unfinished (or at least un-polished) preview copy, but I don’t think a full list of changes exists. 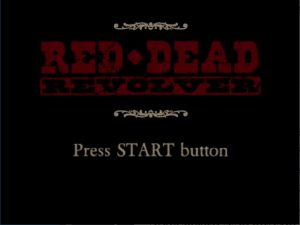 The person who released these demos also released a copy of Superman 64 (Superman 2000) for the PlayStation 1, which appears to be a newer version than the one posted a few years ago (although no list of changes have been confirmed):  https://www.retrorgb.com/superman-64-ps1-prototype-found.html

The games have been posted for download by the person who dumped them and the original post can be found here:  https://www.deviantart.com/digitalexplorations/journal/The-rest-of-the-old-2013-auction-loot-862670600

The Benefactor demo for PS2:  http://www.mediafire.com/file/got4fp9h0zvm00t/benefactordemo_ps2.rar/file