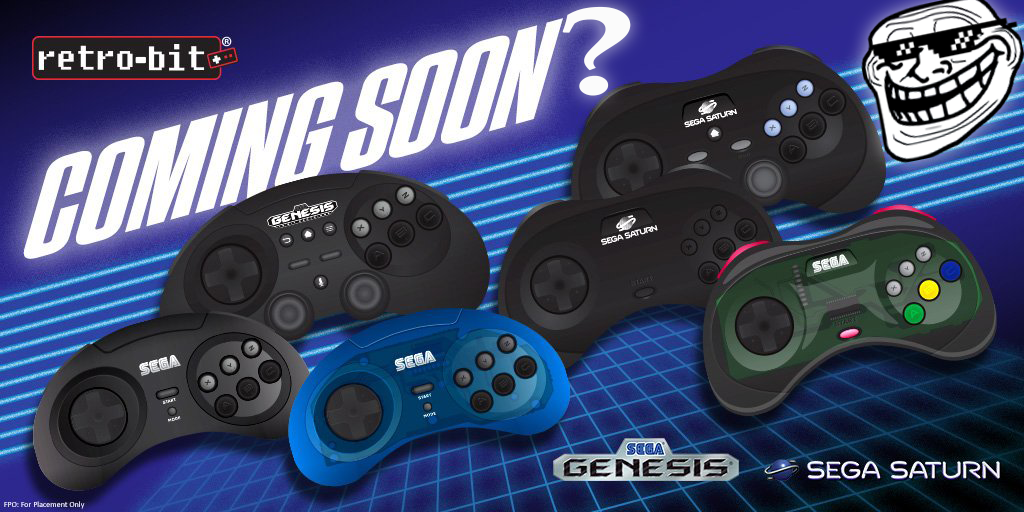 Retro-bit has announced via Twitter that its analog Sega controller will be pushed back to the Summer of 2019.  The controller, which was scheduled for release in November of 2018, and then February 2019 was been pushed back “in order to bring you the highest quality” according to Retro-bit.

If that is truly the case, while it’s disappointing news, there is no better reason to delay a product than to ensure that it meets or exceeds expectations.

A major concern of mine is that the Start and Select buttons are reversed from the decades old standard that many companies have used and that many of us are familiar with.  Though Sega controllers did not come with Select buttons, if adding one, a company should add it where it would be expected to be by most gamers.  Luckily, Retro-bit did alleviate that concern via tweet.

Yes! The buttons will be switched in final production!

The Sega controllers are officially licensed, and will be competing with offerings from rival company Hyperkin.  The advertised controllers (and peripherals) that are scheduled to be released are:

Update: Thanks to @TVsBEN for alerting me that it’s not the entire lineup.  Original controllers are still scheduled for February 2019 while the analog controller is scheduled for summer.

The original controllers are releasing in February. This is the analog controller that will be released in the summer 👍🏼

Keep in mind that Retro-bit has both great and not-so-great products.  Even as a licensed product, this is no guarantee that it will be a perfect 1:1 replacement for the originals, but if they are, it’s great news for the gaming community.