With the Satiator finally seeing a “Retail” release (right now it’s only being sold to Patreon patrons, but will be available to everyone in the fairly near term) I was finally able to kick the tires on this long-awaited device. 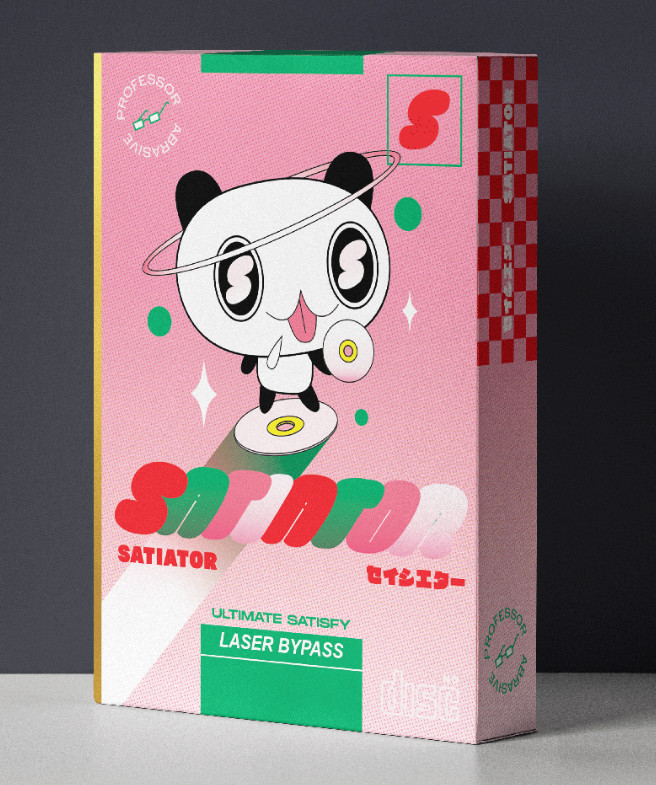 In the three years that the Satiator has been incubating the Saturn ODE market went from a single option to four distinct products.  In addition to the Satiator, there’s Deunan’s original Rhea/Phoebe, the scrappy upstart Fenrir by CED and TerraOnion’s super-slick MODE.  While each of these products has their merits in terms of price, availability, system compatibility, and game compatibility the Satiator’s use of the Saturn MPEG slot gives it unique advantages over it’s competitors – it doesn’t disturb your Saturn’s CD drive, and it doesn’t matter which model you have – it even, apparently, works with the NaviSaturn.  In fact you don’t even need to use so much as a screwdriver to install it.  For some keeping their disc drive intact is a non-issue as they either have a Saturn with a non-working CD drive, or else they’re ready to toss it away anyway because they have no desire to maintain a collection of physical discs any longer.  But for many people this is a huge deal because, among other things, if you run across a game that isn’t currently working with the Satiator, you can always just pop the disc in and play anyway.

Game compatibility is very high especially considering that the current firmware is still labeled “BETA”.  Of the games with compatibility issues, most of them seem to be suffering from one of two common issues so it seems very likely that we’re only a couple of fixes away from near universal compatibility.  However the Satiator will never be compatible with the handful of games that require the MPEG cartridge.  (Honestly Lunar is the only one I’d ever heard of before, and the non-MPEG version works just fine on the Satiator).

The Satiator menu system is extremely basic, but Prof. Abrasive has open-sourced the menu on Github, so anyone who wants to can easily contribute to improving things. 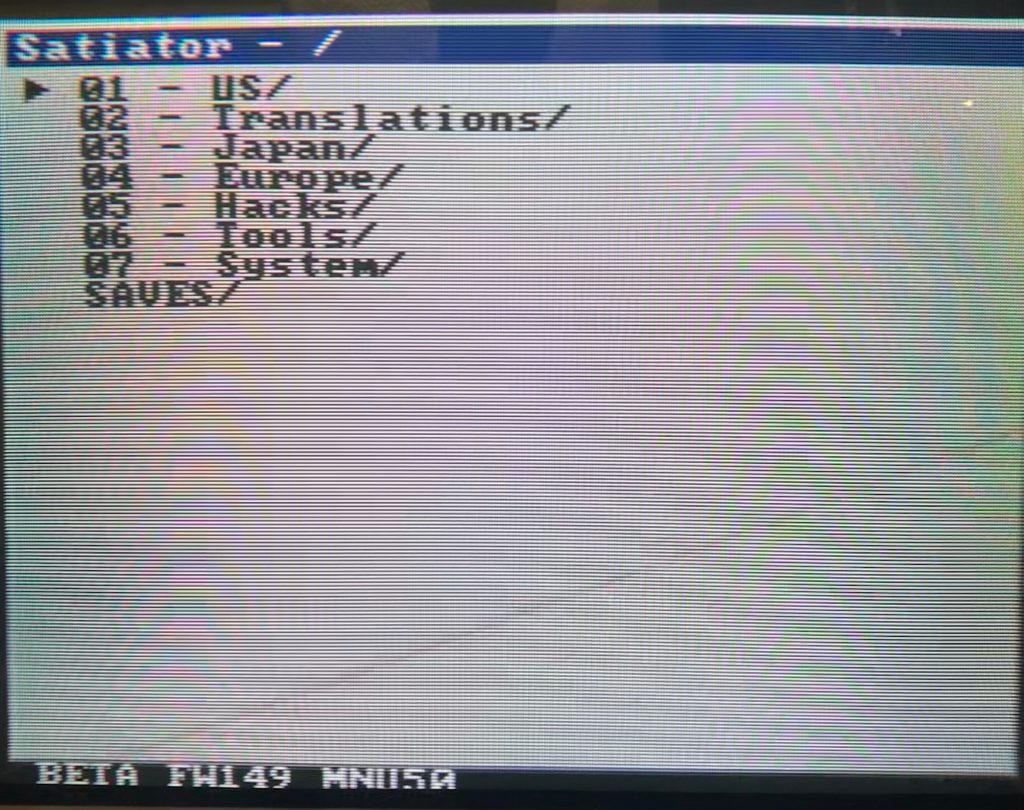 If you select a directory which contains only one “.cue” file or “.iso” file then the Satiator will launch it directly.  If the directory has more than one of either, it will descend the directory and ask you to choose which to launch.

Display width is currently limited to 32 characters and there is, as yet, no option to scroll longer file/directory names.

Pressing reset on the console will reboot the current game.  You need to power-cycle to get back to the Satiator menu.

In addition to open-sourcing the menu, Prof. Abrasive has also provided a fork of the Yabuse emulator which includes an emulated Satiator for devlopment and debugging which someone has already taken advantage of to add the option to backup saves to the SD card in the Satiator, and it works great.

Satiator github. Where you’ll find source code for the menu and the Yabuse fork.

The Satiator is compatible with Saturn backup and RAM expansion cartridges, but currently has a problem with Action Replay / PseudoSaturn Kai carts as those hook the boot process earlier than the Satiator.  However Prof. Abrasive has plans to develop a firmware update to flash those cartridges to not only make them work with the Satiator, but also extend functionality.

So far, with the exception of titles that are already on the “known issues” list, I haven’t had any trouble playing any game I’ve tried. The Satiator supports the BIN/CUE format including multi-bin images, and other binary formats that use cuesheets with different file extensions such as “ISO/CUE” and “IMG/CUE”. This covers the Saturn Redump, and most of the the “everdrive pack” Saturn Redump Supplement sets.  FMV playback and audio have been smooth.

The Satiator is the highest priced of all of the Saturn ODE options, but some of that price is going to be offset by the fact that you don’t need to hire anyone to install it (although the other ODEs are all fairly simple installs, some people still prefer to pay an expert to do it).  Also the Satiator doesn’t require you to buy or 3D print additional brackets or mounts to make it look complete.  For collectors who prefer to keep their consoles entirely stock, this will be the only option.  For some the ability to work in harmony with the CD drive means that they no longer need to keep two consoles in order to still have the ability to play original games from a CD.  And, of course, the simple installation means that it’s easy to move the Satiator from one console to another.  These conveniences aren’t going to be important to everyone but for many they make the Satiator the best of the available choices despite its premium price tag.

A longer version of this review is available on my blog at: https://yesterware.blogspot.com/2020/09/satiator-saturn-drive-emulator-review.html