The cases will be made of polycarbonate plastic, a polymer that is mainly defined by its solid properties and transparent appearance. 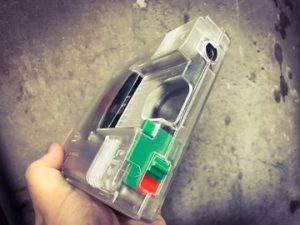 RGR will not go forward with the project if the total number of orders won’t exceed 80. This is unfortunately due to the appointed factory’s MOQ policy.

On a much more positive note, during a small chat I had with Chris from RGR, he mentioned that he’s including cutting lines, along the inside shell, that CoreGrafx 1 & 2 owners could easily trim away in order to fit their system’s guts. He also showed interest in designing cases for other systems as well, but that all depends on how well the PC-E batch will sell. 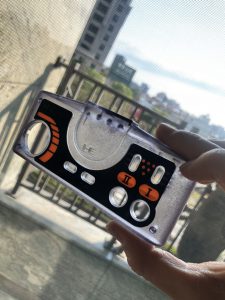 (Sticker not included with the kit)

Priced at 110$ (shipping included; check the pre-order page for available countries), the kit is estimated to ship around July. It must be noted that the pre-order window will close on April 30th.

Original PC-E cases are extremely prone to yellowing over time, so RGR‘s kit seems to be a perfect solution for those who appreciate the clear electronics look and don’t want to go down the Retro-Bright daunting route. 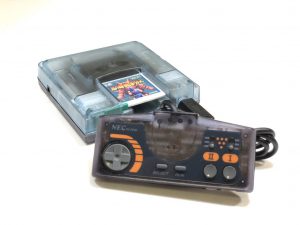 (as of September 23, 2022 – More infoProduct prices and availability are accurate as of the date/time indicated and are subject to change. Any price and availability information displayed on [relevant Amazon Site(s), as applicable] at the time of purchase will apply to the purchase of this product.)