The online website shop called SuperSoniqs is putting up preorders for multitude of parts, addons, and other enhancements for the MSX computers.  Many of these new or upcoming products will enhance the sound capabilities or add features such as the ability to play SEGA Mark III or Master System (SMS) games on your MSX Computer.  Early Sega consoles and MSX computers used many of the same parts or components in their design and as such many of these new products are able to support SMS more or less as backwards compatible.  Some of these products range from a multi purpose all in one like the Playsoniq to more specific needs like the MIDI-PAC2.

The Playsoniq is an FPGA based expander addon cartridge that has multiple features packed into it, with a Sega VDP (Video Display Processor) to play SMS games, SCC (Konami based Sound Creative Chip) implementation and PSG (Programmable Sound Generator) sound routing.  It also has enhancements for joystick and keyboards for use on SMS as well as further sound enhances with support of Commodore 64 SID (Sound Interface Device) audio.  Has an extra 16 Mega Bytes of Random Access Memory (RAM) that can be used to help configure both MSX and Sega memory modes.  Last but not least this expander cart has the ability to load and save states to use SMS games.  A custom audio/video cable which includes a SCART interface is also available for designed use with the Playsoniq.  A video showcasing its capabilities is linked below.

The Franky is the predecessor to the Playsoniq and is now sold in the form a PCB (Printed Circuit Board) as a DIY (Do It Yourself) kit.  Other parts will need to be purchased and built onto the PCB.  The Franky has less features and only supports the Sega VDP chip.  PSG audio is done on the chip and the Franky is designed just to play SMS games on your MSX computer. 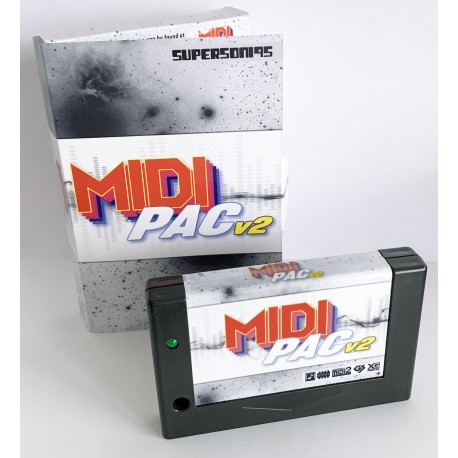 The MIDI-PAC2 is an enhancement device which translates PSG and FM-PAC (MSX Music format) audio information in real time to MIDI (Musical Instrument Digital Interface).  The capabilities of this device means that sound and music can be greatly enhanced for MSX games across all versions of the MSX computer series.  Coupling this device with a multi timbre, tone generator, or sound module like those of the Yamaha, Korg, Roland or any general MIDI compliant line of products, will greatly add to the sound and music quality for MSX users.  Extra sound banks are supported as well for devices that have those capabilities.  A particular sound module which comes to mind is the Roland CM-32L. 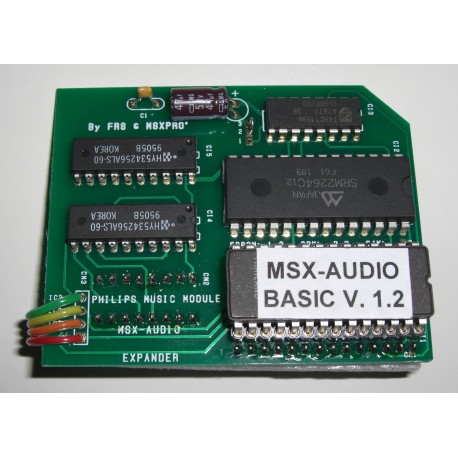 The Philips MSX Audio Expander is a PCB that converts the Philips Audio device cart further adding to its capabilities.  This is a DIY which will be soldered inside the audio device.  It adds a new bios, more RAM, and allows certain games on the MSX to recognize this as an MSX audio device and play FM Music.

The Neotron OPN (Operator Type-N) Soundcard is an enhancement device aimed to give MSX users a sound and music capability similar to that which was outputted from the Neo Geo MVS and AVS systems.  This sound card is based on the Yamaha 2610 OPLNB (Operator Type-NB) chip which is an evolution of the previous generation chip that was based on many arcade games at the time.  Notably from Sega and Taito arcade games.  Check out the videos below showcasing its capabilities.

The Darky is an enhanced PSG sound card that adds two improved sound chips, stereo mixer, and a programmable sound effects processor for use to improve MSX audio capabilities.  The device contains two AY8930’s sound chips which are an improvement over the original AY8910 sound chips found in the MSX line of computers.   Check out the videos which showcases its capabilities.

The website is also providing a product called the Modulon.  This is a slot expander tool in a custom 3D printed case which also has volume controls for each slot.  It is stackable and thus can further expand MSX expansion needs.  In addition to this, other parts, pieces, and other wise helpful bits of MSX computer needs are provided on the site for purchase.