Developer Stefany Allaire has just opened pre-orders on a new system she’s calling the C256 Foenix Gen X.  This is the next generation of an all new platform called the Foenixes Computer, that’s been developed over the past three years.  The Gen X aims to start a completely new chapter in modern retro gaming, with swappable “compute modules”, that allow multiple architectures to run on the same base hardware.  The launch video is above and check out the rest of the post below the link for more information.

Developers can pre-order the main system, as well as the compute modules here:  https://c256foenix.com/shop/?v=7516fd43adaa

The C256 Foenix Gen X is unique in many ways, but the one that stands out most to me is it’s completely new in all forms:  This is a brand new set of hardware, designed with the purpose of creating a whole new ecosystem around it.  Developers can purchase the main unit, then the compute module of choice that best fits their programming goals.  To be clear, even though some of the chips in the compute modules were previously used in mainstream devices (especially the 486!), this is not a new version of an old thing, it’s a brand new platform that happens to utilize some classic CPU’s.  Basically, new hardware designed for the purpose of creating all new software.  I spoke to Stefany and she offered her perspective on why she created this new platform:

“To experience again this feeling of discovery and to find ways to explore the machine the best you can with the resources you have.  This is what I believe the Retro community is missing.  People in general are just recycling the old stuff, they update it…but the time where you were scratching your head in front of a new machine is not there.“

The backbone of this new platform is the case and motherboard.  While each of the main “compute modules”…or basically the CPU’s…would require their own set of instructions, using a single motherboard will allow developers to have a main set of hardware to interface with.  There’s a number of different components and features available;  Click on each picture for a full-sized view and more information will be available on the website soon: 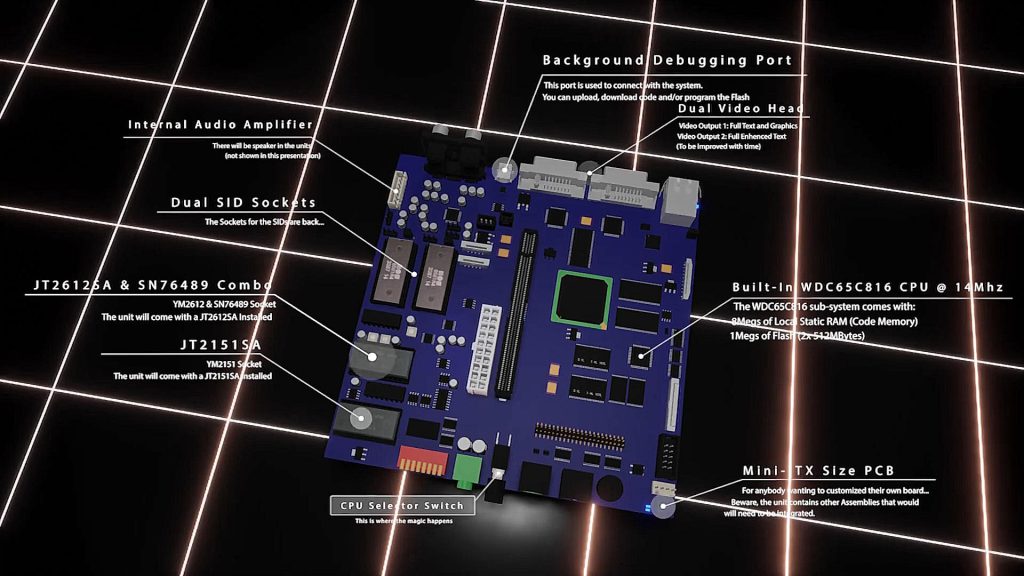 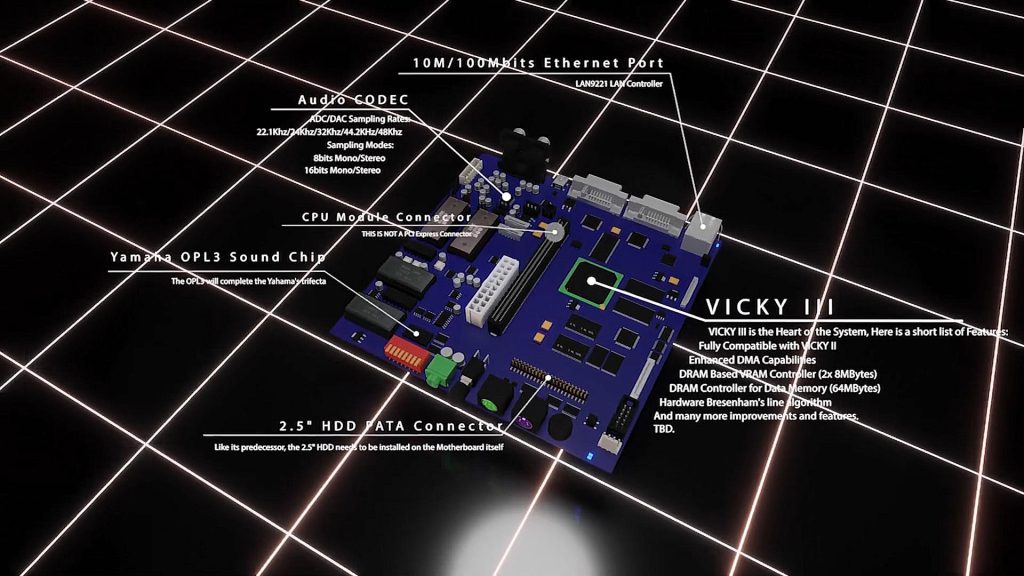 The compute modules each contain a different CPU platform that will be the heart of the system.  The goal is to have software tools available by the targeted September launch to help assist developers with programming to each CPU.  While there are already tools available for Intel and 68k instructions, this is an entirely new platform (not a PC platform) and these base tools will need to be created from scratch.

Here’s each module currently listed on the site:

Overall, this is an interesting idea and I’m curious to see how it will catch on.  This is obviously aimed at a niche crowd…but that’s something you’ll definitely find in a RetroRGB reader/contributor!  I’ve personally spent countless hours tweaking sections of this website that only 1% of the readers will care about, but it’s something I find fulfilling and consider important.  My guess is the developer who wants to give this platform a shot will be in a similar mindset and I’m interested to see what comes from it.