Legendary NYC Plumber Mario found dead at 35. Witnesses say they saw Nintendo’s Shigeru Miyamoto fleeing the scene after he was heard screaming at Mario that his pixels had stretched to far to 16:9.

Usual suspect Browser, King of Koopas was publicly addressing his troops and supporters leveling his normal accusations at Mario, and the Mushroom Kingdom at the time of the murder.

Official statements from Peach’s Castle have been limited, but Palace insiders report a distraught Princess sobbing and repeatedly ottering, “Maaarrriiioooo”.

Ian HistoricNerd who had been helping Mario to get to a 16:9 state.  Could not be reached for further comments.

Facts on the ground are still coming in but detectives do believe there might be a greater conspiracy at play.

Joking aside and on a more serious note. The Mario 3D Allstars Collection is now out of print and has been pulled from the Nintendo E Shop Stores. Physical copies have ceased production, and shipped the last copies out to retailers to be sold while remaining supplies last.

While it is perfectly reasonable to believe Nintendo will sell these three games that made up the collection separately in the near future.  As well as possibly expanding on the use of the same game emulators to further enlarge their online service catalog.

However it currently remains to be scene if Nintendo will be enhancing any of their rich gaming backlog of N64 and Gamecube titles that could add more value to the Nintendo Online service.

As of the writing of this article. Nintendo has yet to make any statements as such and it is sad that Nintendo resorted to Disney style FOMO (Fear Of Missing Out) tactics to sell this game compilation.

Subsequently it should be noted that as of 31 December 2020. Super Mario 3D Allstars has sold over 8 million copies and the supply of physical carts is expected to be ample enough for anyone who wants a physical copy to be able to purchase one.

While the total number of physical copies have not been stated. Over 200,000 physical 3D Allstars games sold in the first 3 days of sales in Japan alone.  Which might be reasonable to believe that there are a significant number of physical carts in existence and probably well greater then the original Mario Allstars Collection for the Super Famicom/Nintendo.

The most terrible news from a preservation perspective is the loss of the Online Battle Royale Mode, Super Mario Bros. 35.  The digital only event has been shut down and this form of gameplay is no longer available to be enjoyed.  Similar feelings to the closure of Nintendo’s BSX Satellaview service in Japan, mid 2000.

Gaming historians in the future will have to rely on places like YouTube where there should hopefully be enough great game play footage archived to accurately describe this moment in gaming.

Or perhaps some intrepid group of people could figure a way to reverse engineer the game mode. Leading to an eventual private server hosting like other online centric games???

Last piece of the Mario 35th Anniversary ending is the discontinuing of the Super Mario Game & Watch. This is similar to the limited release of the Famicom/NES Classic and Super Famicom/SNES Classic systems.  While not a great gaming device, those who want a cool toy or display piece should seek this device out sooner then later.

This sadly is the overall future we are looking at in current gaming scene and we need to start preparing and readying to preserve these limited time experiences. Or expect more and more gaming memories to fade over time. 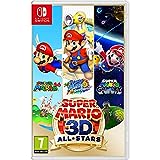 (as of April 15, 2021 – More infoProduct prices and availability are accurate as of the date/time indicated and are subject to change. Any price and availability information displayed on [relevant Amazon Site(s), as applicable] at the time of purchase will apply to the purchase of this product.)

(as of April 15, 2021 – More infoProduct prices and availability are accurate as of the date/time indicated and are subject to change. Any price and availability information displayed on [relevant Amazon Site(s), as applicable] at the time of purchase will apply to the purchase of this product.)