Greg from LaserBear has just completed his rechargeable battery pack project for the Sega Nomad!  The kit does not come with the batteries you’ll need and it’s strongly suggested you only purchase batteries that have been verified:

The kit itself includes the case and connectors that allow it to attach to the Nomad, however the batteries it uses are sold separately.  If you’ve purchased the pre-assembled kit, there’s no installation necessary, other than simply inserting the batteries:

The kit uses two large lithium ion batteries, unlike the original Sega Nomad battery pack which was powered by six AA batteries.  If you consider the cost of a used original battery pack on eBay, as well as a pack of Eneloop rechargeable batteries, the LaserBear kit actually comes out as the more cost-effective option: 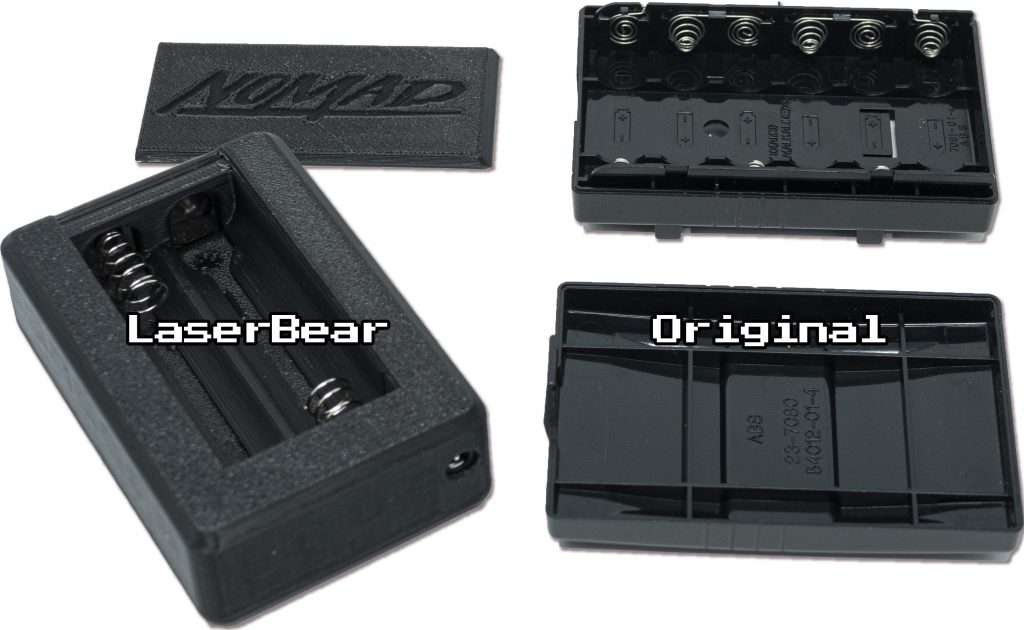 The battery pack kit works very similar to the original Sega battery pack, as it plugs into the rear of the Nomad, with no external wires necessary at all;  The power jack on the top is for charging only and not necessary when the Nomad is in use: 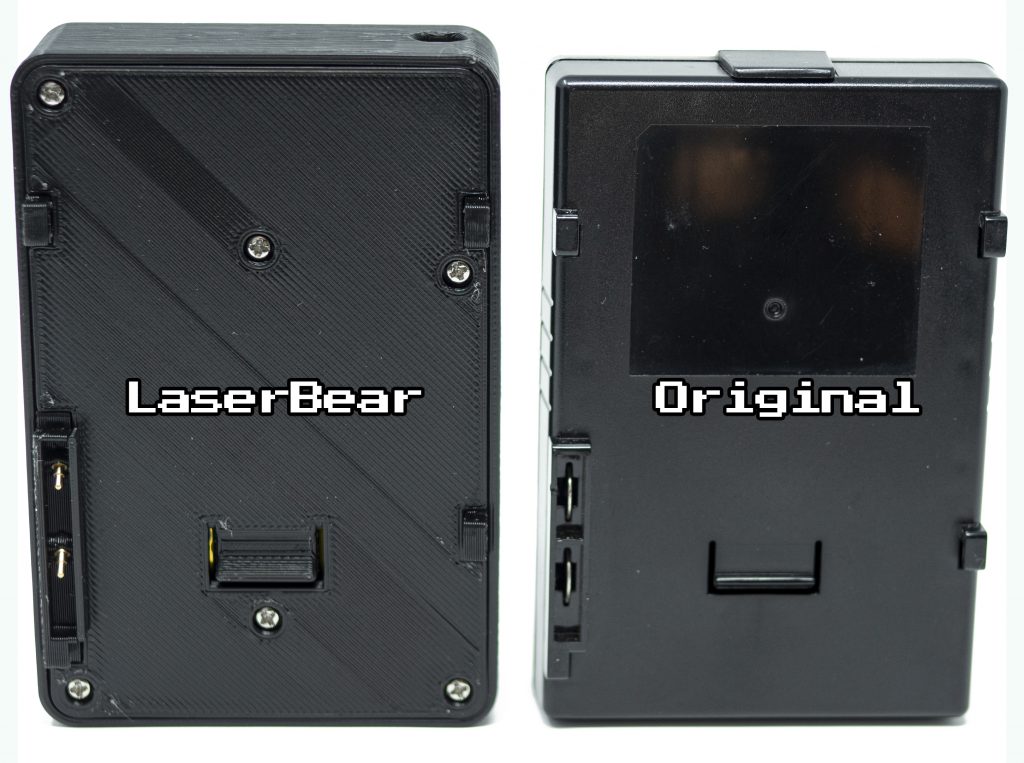 The first time you use the pack, you’ll need to charge it using it’s AC jack on top.  This is 100% compatible with all Genesis 2-style AC adapters, which is the same exact adapter the Nomad uses.  As a note, it’s perfectly safe to play your Nomad as it’s charging – Just remember to plug the power supply into the battery case and not the Nomad itself, or it won’t charge 🙂 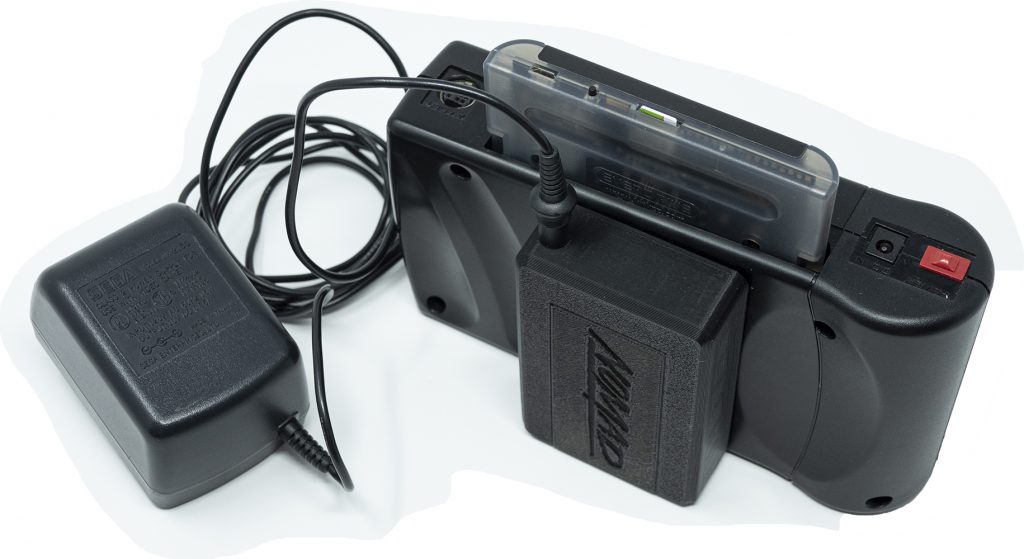 So far, the battery has worked perfect in all my testing, including on a Nomad with a Sega Triple Bypass installed, while outputting to both an external RGB monitor and the RGBDRV’s new LCD screen…all while loading and playing Sega CD games from a Mega Everdrive Pro or Mega SD ROM cart!!!

If you already own the original Nomad battery pack, I’m not sure if this kit would be anything other than a convenience upgrade;  The original pack and 6 Eneloops work very similar, however the Eneloops don’t seem to last as long and most chargers only support charging four batteries at a time, not all 6.  It’s my opinion that if you don’t already own an original battery pack, the LaserBear kit + batteries are an excellent value and a great companion to the Nomad! 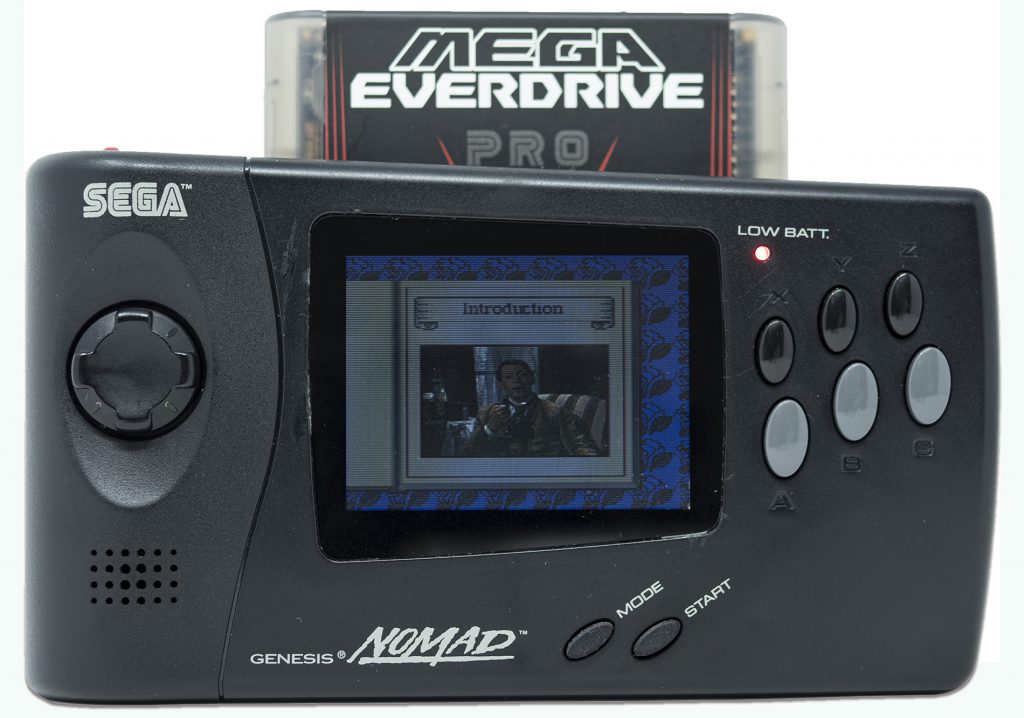