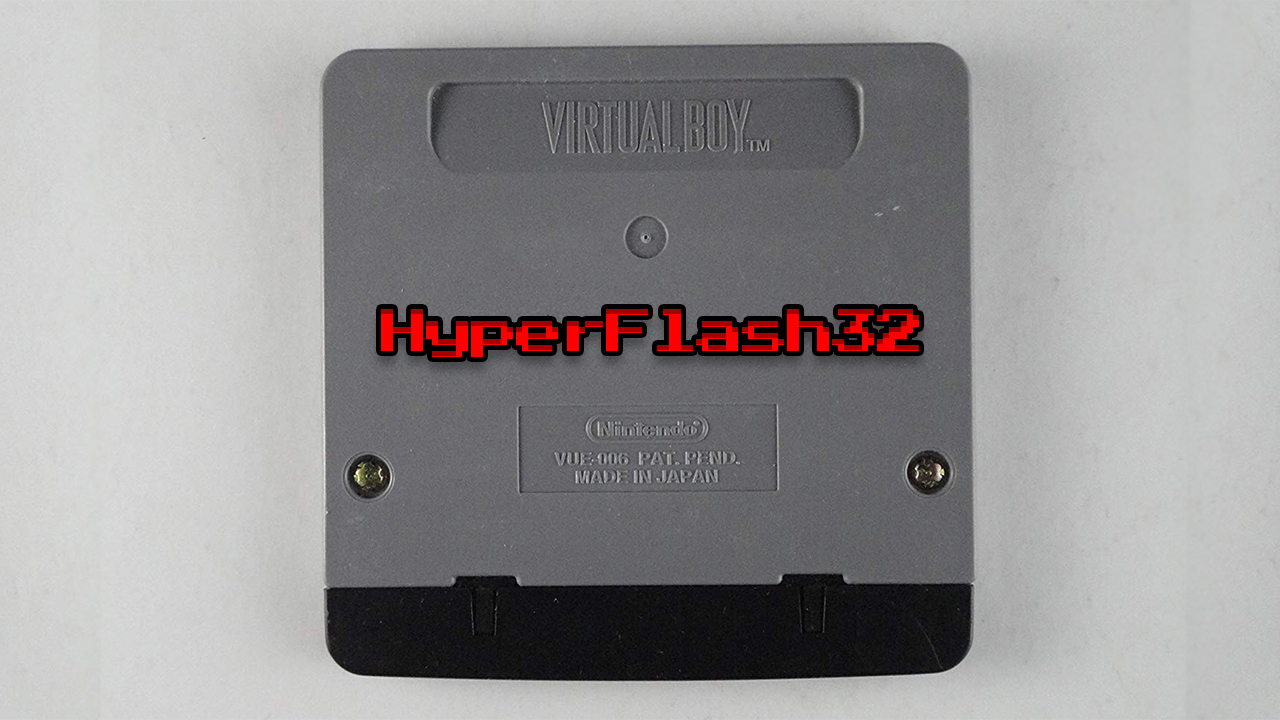 Kevin Mellott has just opened pre-orders for a single-flash cart for the Virtual Boy, called the HyperFlash32:  http://www.mellottsvrpage.com/index.php/hyperflash32/

Kevin’s previously announced MultiBoy32 – a device closer to a true ROM cart, has been delayed for a number of reasons, one of which is the lack of Virtual Boy cartridge connectors available.  Since the only other VB flash cart on the market is no longer being made, Kevin decided to offer this as an interim solution, to hold people off until the final issues with the MultiBoy32 are solved.

The HyperFlash32 will have some enhancements over the previous single-flash cart though:  First, it will support larger homebrew games, meaning Hyper Fighting will be compatible.  Next, Kevin’s including game support, which was a feature strangely missing from Richard Hutchinson’s FlashBoy+ and an feature that makes this a more practical solution for people who prefer to game on ROM carts (I prefer to leave my games in-box and just use ROMs).

Unfortunately, you’ll either need to provide your own donor cartridge, or buy one from Kevin; Something he’s trying to avoid in future products.  The price is $135+shipping if you supply your own cart, or $150+shipping if you’re buying everything from Kevin.

While I’m disappointed that the true “ROM cart solution” for the Virtual Boy is delayed, maybe this will generate enough interest that people will find a way to manufacturer Virtual Boy cartridges and connectors, so future flash carts and homebrew makers won’t need to cannibalize Virtual Boy games for their parts.

EDIT 11/11:   I mistakenly wrote Kevin’s “looking into save game support”, but it appears he’s including that as an official feature.  Great news for us!