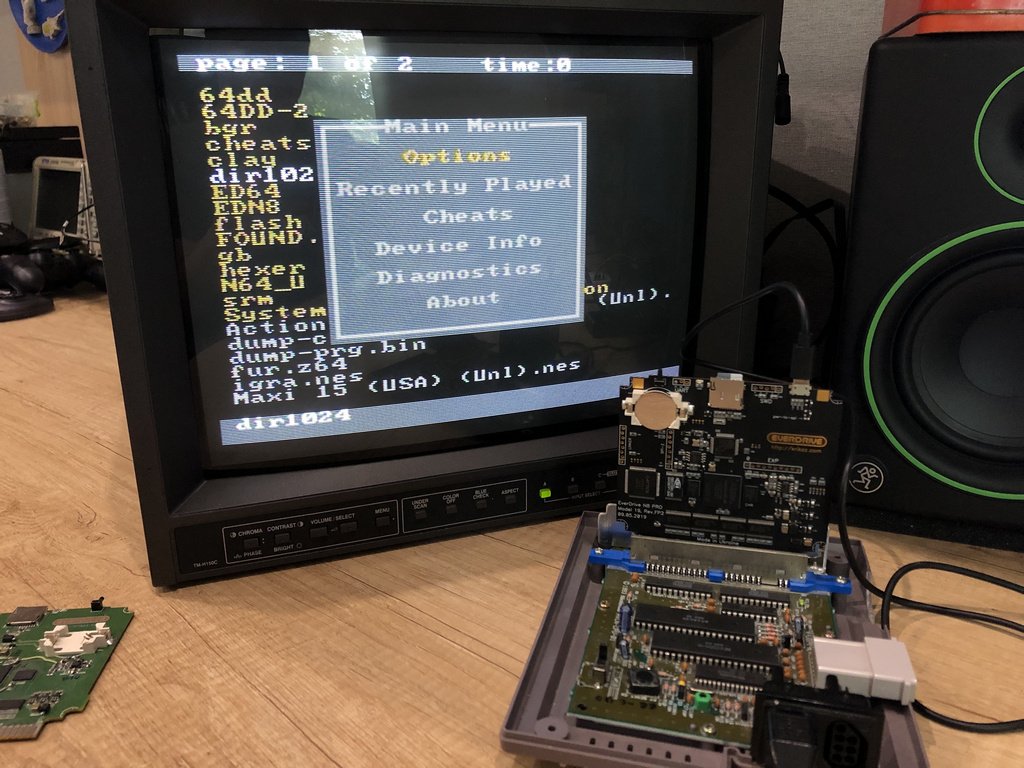 Krikzz tweeted a picture of a new EverDrive N8 Pro, an update to his N8 flash cart for the Nintendo NES and Famicom. The Pro boasts 16MB of ROM memory (up from 512kb), multi-slot save states, faster ROM loading & OS, audio op amp, an I/O co-processor, an updated Cyclone IV FPGA, an in-game-reset to menu option, and a USB port for devs. No price has been announced yet, but he gave an estimated release date of late 2019 to mid 2020.

Krikzz has been standardizing and updating his EverDrive designs for several years now, and one by one he has been giving the entire lineup a refresh. His mapper updates to the N8 OS last year makes it the most compatible flash cart for the NES by a long shot, leaving just 9 games unsupported due to their mapper. 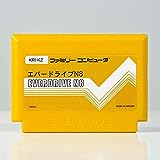 (19)
SUPPORTS 99% NES Famicom GAMES. QUICK LOADING OF GAMES SAVE STATE FUNCTION GAME GENIE CHEAT CODE SUPPORT EXPANSION AUDIO SUPPORT
(as of January 22, 2022 - More infoProduct prices and availability are accurate as of the date/time indicated and are subject to change. Any price and availability information displayed on [relevant Amazon Site(s), as applicable] at the time of purchase will apply to the purchase of this product.)