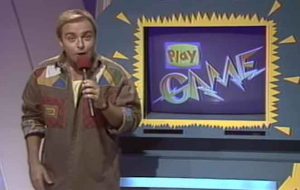 If you grew up in America or Canada during the early 90s there’s a good chance you’re familiar Nickelodeon’s Nick Arcade.

Nick Arcade was a videogame TV gameshow whose main gimmick was inserting kids into the actual games through greenscreen technology.

Well it seems someone in Brazil loved the idea, because they made their own version while making a few changes to the formula.

St1ka (that’s me by the way :D) created a short retrospective video talking about the show’s history and how it compared to its american counterpart.

It’s a pretty interesting look into a mirror-verse version of a popular 90s gameshow and some of the changes are both interesting and hilarious, well worth a watch if I do say so myself.