The Super Retro Advance is a device that plugs into a Super Nintendo and allows you to play GBA (but not GB&GBC) games.  Unfortunately, it requires the use of it’s own composite video output and can not use the outputs of the SNES.  I believe the Tototek adapter is the same exact thing, just re-branded. 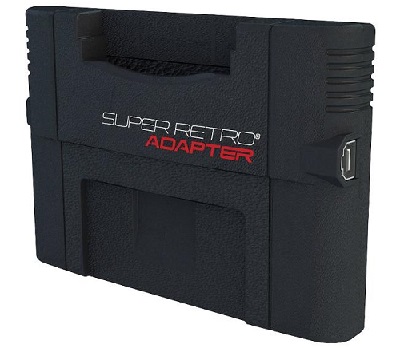 I’ve been getting emails about the Super Retro Advance ever since I launched a GBA section.  To be honest, I never had any interest in it, due to it’s output being limited to composite video, but I thought I’d finally give it a try.

Hardware:
First, let’s take a look at the device itself.  In the box is the adapter, plus an A/V cable and instruction manual:

There’s a GBA ext port on the right side that allows you to link another GBA device for multiplayer.  I haven’t tested multiplayer with the SRA, but there are specific instructions in the manual on how to do it:

On the left side is the dreaded A/V port.  The breakout cable plugs into this and outputs composite, plus L/R audio:

There’s apparently a few different revisions of the SRA circuit board and mine ended up being v1.3.  Click on each of the images below for full-sized pics: 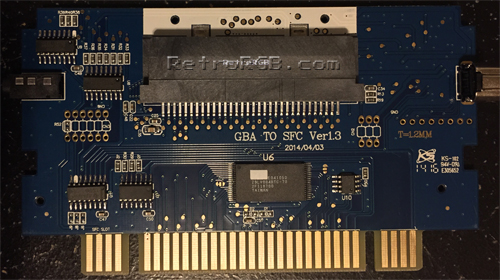 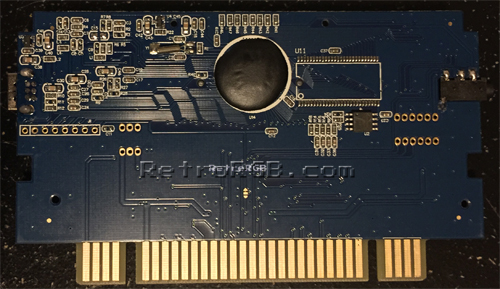 Gameplay:
I decided the best way to test the SRA was to play one of my favorite games: Metroid Fusion. I played on my NEC XM29 RGB monitor and I was surprised: The video quality wasn’t as bad as I assumed it would be. The aspect ratio is a bit off, but it allows the game to fill the whole screen. While I’d always prefer to play game in their original aspect ratio, the different isn’t nearly as bad as playing a 4:3 game stretched to 16:9. The top of the screen was also cut off a bit, but it didn’t seem to effect gameplay.

– The audio output of the GBP was much better.

– The aspect ratio and RGB-output made the game feel totally different.

Here’s some screen shots comparing the differences (click for full-sized): 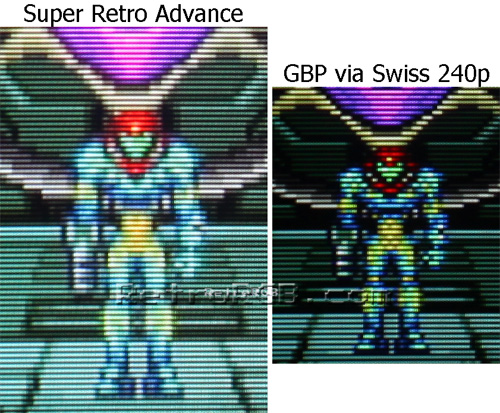 Here’s a larger version of the same picture. You’ll notice both the aspect ratio, as well as the top of the screen is slightly cut off (click for full-sized):

I continued to play on the GBP for another 20 minutes, just to compare.  One thing I’ll mention is that while the GBP in “normal” mode looked great, “Full” (stretched) mode actually looked worse then the SRA, due to a blurry image and bad screen stutter (once again, more info about Normal and Full modes is available on the GBP page).

After playing on the GBP for awhile, I switched back to the SRA.  Surprisingly, the first thing I noticed was the audio.  It’s not “bad”, it’s just not as good as the original.  As strange as this may sound, I really didn’t mind switching back to composite video and the wrong aspect ratio.  I’d prefer the correct aspect ratio, but it was really nice to play the game in full screen.  If given a choice, I’d rather play on the GBP via Swiss 240p, but the SRA really wasn’t bad at all.  Also, the horizontal scrolling was really smooth; As good as any other GBA-on-TV solution.  I was starting to see why so many people were recommending it.

One small thing that bugged me, is it seemed the colors were a bit off. There will obviously be a slight color difference between composite and RGB and it’s possible I just need to calibrate the composite video input of my RGB monitor, however it still looks different (click for full-sized):

Mods Available:
MaxWar on the Assemblergames forum has found a way to improve the audio output.  I haven’t tried it yet, but if I do, I’ll report back:

Also, MaxWar and Borti4938 have come up with an interesting way to route the audio and video through the SNES, eliminating the need for separate cables:

I’d be interested to see if anyone could turn this into a stand-alone console that didn’t require a SNES.

Final Thoughts:
Overall, I was pleasantly surprised by the Super Retro Advance.  The aspect ratio and cut-off screen didn’t bother me as much as I thought and it was fun to play GBA games in fullscreen.  Also, the composite video output didn’t look too bad and the sound issues were tolerable.  If you don’t already own a Game Cube, but you do own a SNES, this is a good, cheap solution.

That being said, the overall cost of a SNES system, plus this adapter is about the same as the cost of a Game Cube, Game Boy Player (you can get those cheap without a boot disc), mod chip (or SD loader) and S-Video (or RGB for PAL GC’s) cables.  When comparing it that way, the Game Boy Player in 240p via Swiss is a much better choice overall…especially because it also supports GB and GBC games.

Here’s a link to the user manual, if needed:

Please click here to go back to the GBA page, or check out the main page for more retro-awesomeness.