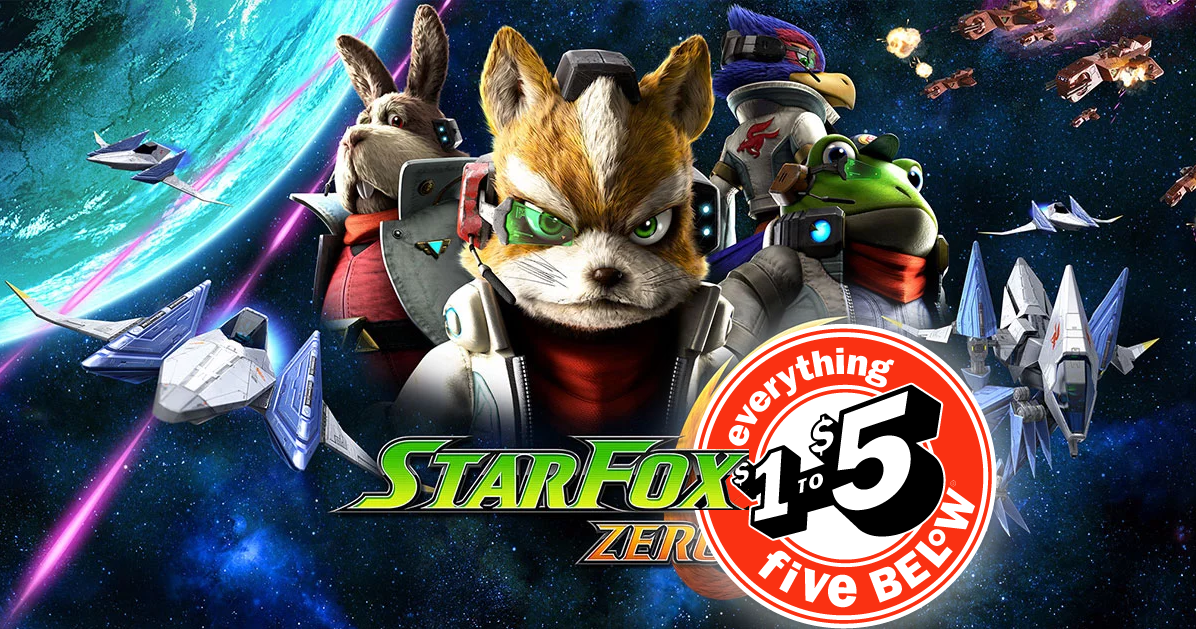 If you’re a Wii U collector that doesn’t own a copy of StarFox Zero, then head down to your nearest Five Below.

Over the last few weeks, brand new retail copies of StarFox Zero with StarFox Guard included as a bonus game have stocked their shelves.  Though the game was released to less-than-stellar reviews, it’s still a Wii U exclusive (at this time) with no Switch port in sight.

Now at your local Five Below… pic.twitter.com/ilzoQCzhjc

It’s rare to see any of Nintendo IP’s on sale this cheap. Even the less popular titles tend to cost twice as much minimum when selling used.

This game must have failed spectacularly if Nintendo has enough stock left to offload it to Five Below.  Even with that said, Five bucks to beef up your collection with two games may make it worth it for some of you. If not, pick up the often available Wii U port of Mass Effect 3 that’s been on their shelves for months and have THREE brand new Wii U games beefing up your collection for a tenner.

Who knows, maybe this will end up as a “hidden gem” in the future…. or not.

Source: My trips to many Five Belows.