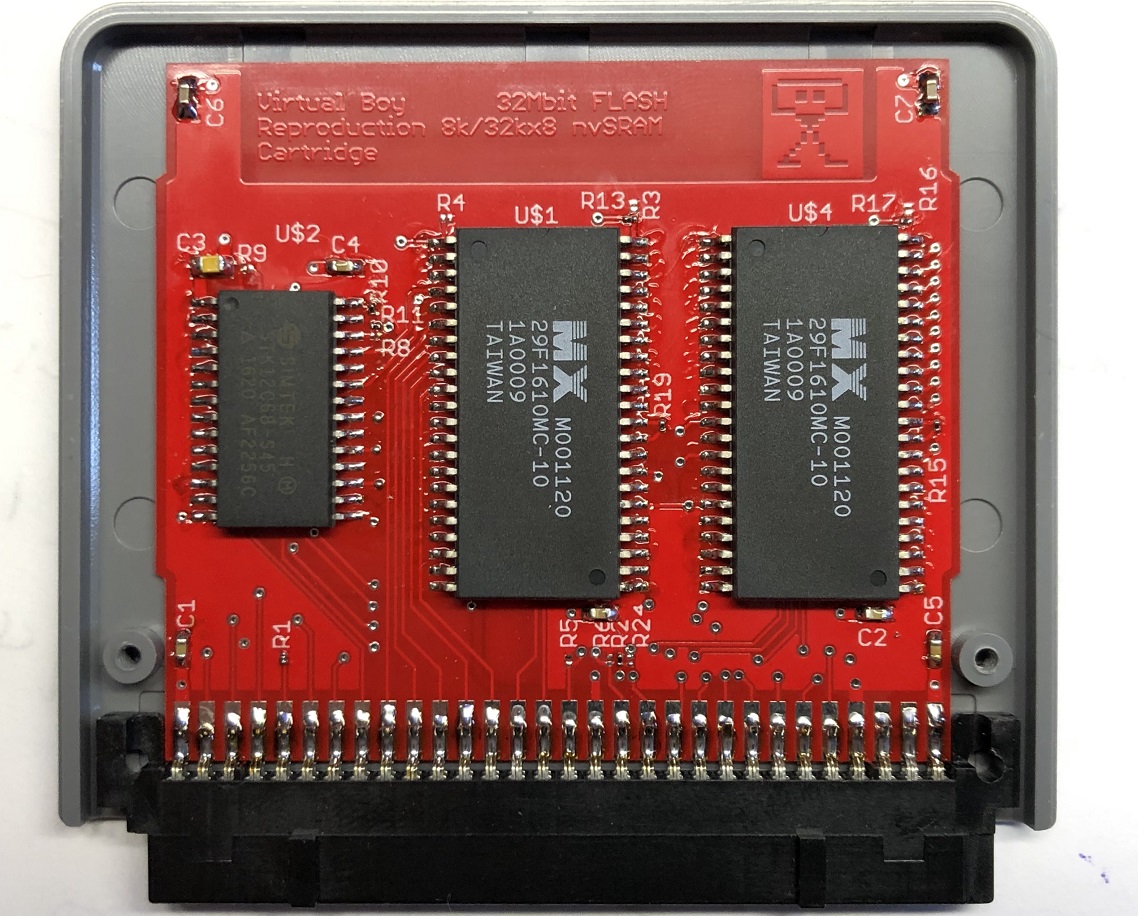 Kevin Mellott has just announced an updated version of his single flash carts.  These are designed for use with his custom programmer and are aimed at dev’s looking to sell their own homebrew.

The carts feature 8kx8 SRAM, which means your savegame files will be stored after the Virtual Boy is powered off, without the need for an internal battery.  It’s also re-writable, meaning any software updates can be re-flashed to the cart…or it can be erased and used as an entirely different game.  While this cart is aimed at dev’s, you can certainly combine it with a programmer to flash your own games one at a time (including a certain fighting game), but Kevin’s upcoming HyperFlash32 would (in my opinion) be a much better choice for personal “ROM cart use” and won’t require any programmer hardware.

Please note that donor carts will be required in the short-term, as Kevin’s still working on custom molded cases and cartridge connectors.  Once those are finished, people will be able to make their own VB repro’s from scratch without cannibalizing any original Virtual Boy hardware!  Anyone interested in either the carts or programmer can either contact Kevin through the PlantVB forums or via email:  https://www.planetvb.com/modules/newbb/viewtopic.php?topic_id=7483&forum=2&post_id=44268#forumpost44268