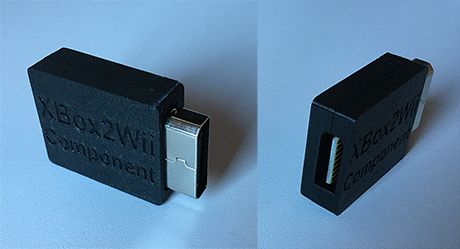 The modshop @Consoles4You from Switzerland was kind enough to give me their new XBox2Wii Component adapter for review.
This pass-through adapter allows you to use a Wii Component cable on your OG XBox.

We reached 500 followers, so we decided to give away 2* #XBox2WiiComponent adapters. Participate with a retweet and/or comment how you will use it in your setup.https://t.co/9Kcs0viObB

While I don’t have an oscilloscope to make exact measurements and demonstrate how good it is, I’ve tested it with every device/cable/monitor I have to have a general comparison and be sure there isn’t any compatibility issue.

So, here is my setup: 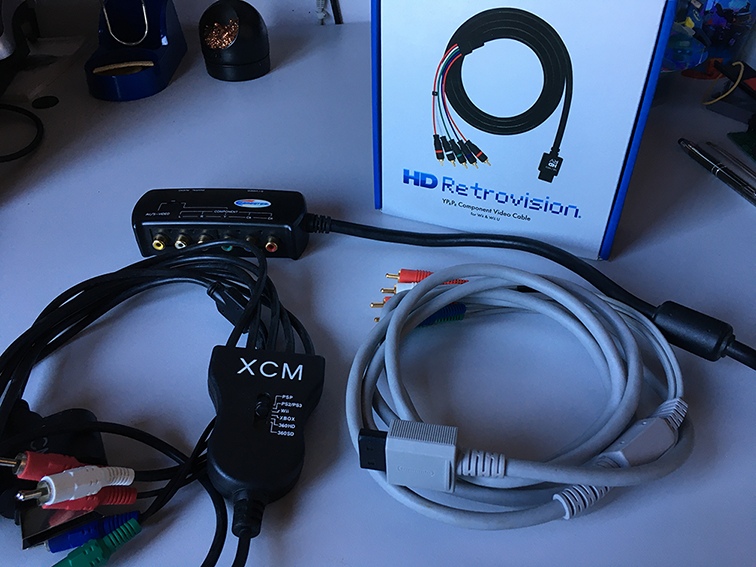 I took the pictures from @Artemio‘s 240p Test suite, doubled the resolution in Photoshop, saved them with no compression and FTP’d them to the Xbox.

(231)
Get the best analog video & audio out of your Wii or Wii U using this high-quality fully shielded cable HD Retrovision cables are properly engineered and constructed; don't settle for cheap unshielded cables which result in poor video quality and aud... read more
(as of August 1, 2021 - More infoProduct prices and availability are accurate as of the date/time indicated and are subject to change. Any price and availability information displayed on [relevant Amazon Site(s), as applicable] at the time of purchase will apply to the purchase of this product.) 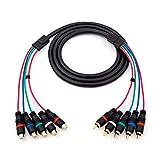 (88)
Extend your YPbPr component video + stereo analog audio equipment by up to 6 feet (1.8 meters) Made with optimal-fitting RCA connectors without a death-grip and which also don't slip out too easily Supports all YPbPr video resolutions up to and inclu... read more
(as of August 1, 2021 - More infoProduct prices and availability are accurate as of the date/time indicated and are subject to change. Any price and availability information displayed on [relevant Amazon Site(s), as applicable] at the time of purchase will apply to the purchase of this product.)

I didn’t see any compatibility issue on any resolution on any cable I have with the adapter.
It just works as expected with everything I connect it to, just as if it was an XBox Component cable.

What about quality?
Well, as stated above, I don’t own an oscilloscope nor a great capture card to demonstrate my feedback. I don’t own a 4K OLED TV, the best I have is a good 1080p but is already 9+ years old.
I tried to take pictures but it doesn’t show anything relevant.

That being said, I haven’t seen any quality loss using this adapter. No color bleeding.

The only difference I saw was when comparing it to the cheap XB Component cable I have. The cheap cable performs worse than C4Y’s adapter + a good Wii cable.

According to Consoles4You, it works great with OSSC and @Mike Chi‘s RetroTINK 2X.

I personally think it’s a great choice to get excellent video quality out of the OG XB. As @MVG showed in this video, the official Microsoft HD AV Pack price is high now on Ebay and the cheap Amazon cable is crappy. This adapter is a good alternative, especially if you already own a Wii Component cable.

If you want on top of that the best audio experience possible, then you need a digital audio out as well. The only new solution as of now is the XOSVP, but that’s another topic.