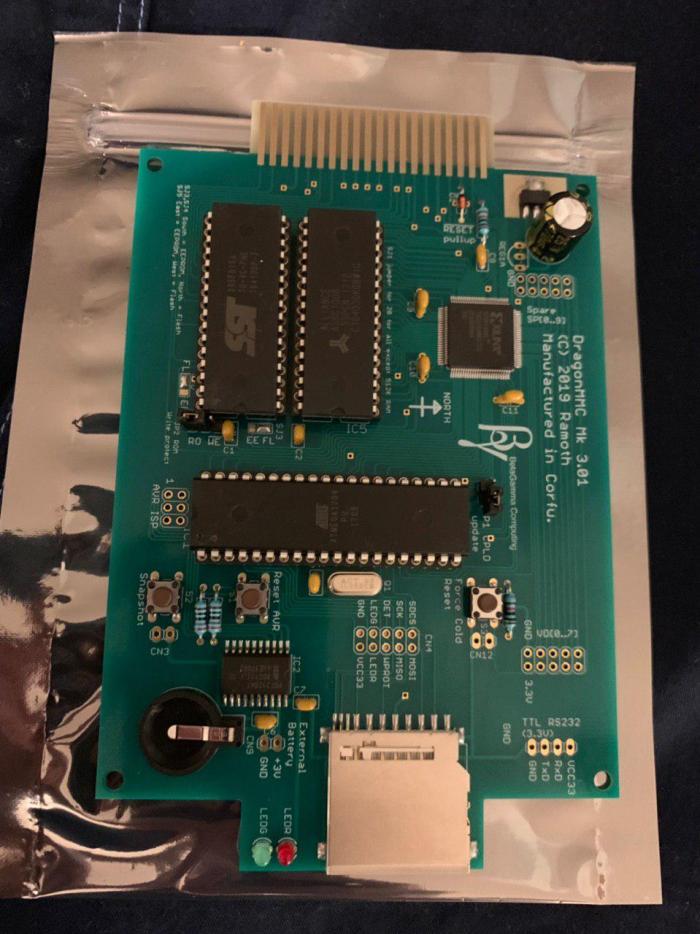 A new flash cart board is coming, called the DragonMMC for the Dragon 32 & 64 line of computers.  Note this board also supports the Tandy CoCo 1 & 2 as well as the DraCo 64 line of computers.  This board is essentially a mass storage device with the ability to use an MMC card as a reliable storage medium, and as such.  Provides a good alternative for the hard to maintain floppy disk and cassette tape drives on these computers.  Here is the list of features stated from the specs page:

This device can be purchased from Video Game Profection’s webstore.  Note that these will be shipping from the EU, so VAT (taxes) may apply.  Base price is €89.43 before taxes.