This is a mod designed by Greg Collins that adds a custom 3D printed center to the NES Toploader in order to accommodate the Hi-Def NES Mod by Kevtris inside the system without any modification to the original shell.

Current version of design files:  http://www.retrorgb.com/assets/3dprint/Height-Def_NES_NoCut_Mod_v1.9.zip
As an FYI, all of Greg’s designs can be purchased from his web store here:  https://laserbear.net/

3D Model files for this project are available for free, licensed under the Creative Commons – Attribution license:  http://creativecommons.org/licenses/by/3.0/ (Modifications and reproduction of the design are allowed, but require credit to the designer.)

Model files are functional, but may change if issues arise.

In addition to the design files you must also source the following items.

There are several pieces that need to be printed.

The mid section print is composed of two separate pieces, the outer riser and the inner riser, this was done because of the difference in starting height of the two locations. 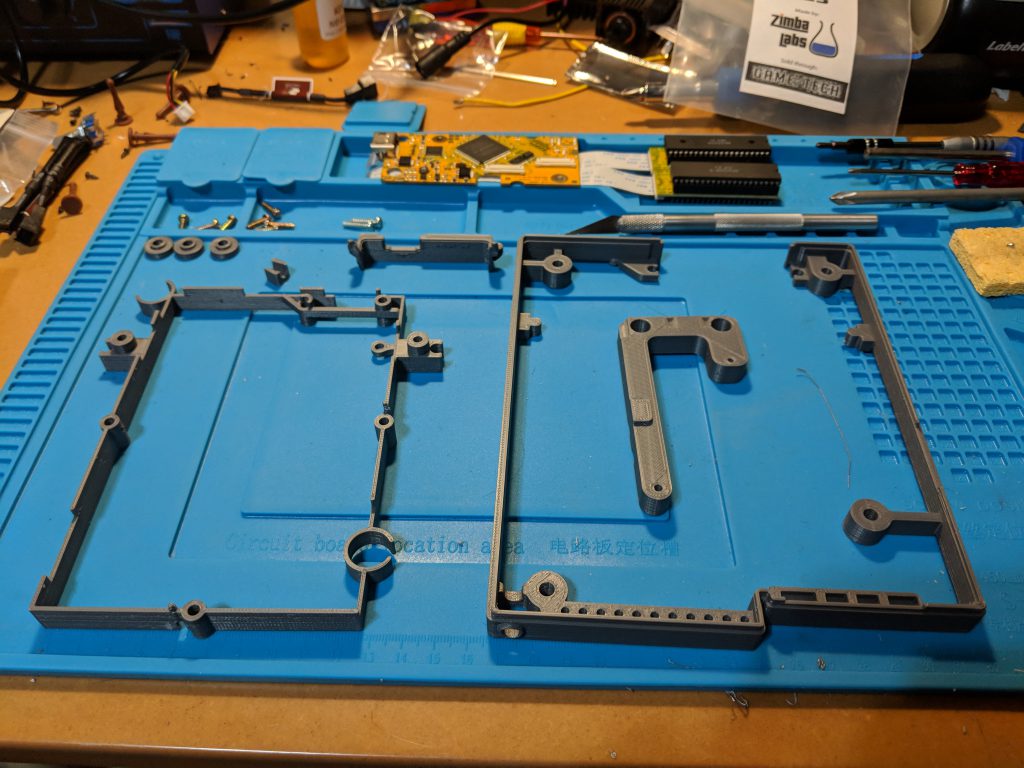 The install process is fairly simple, but there is a order to the install.

The outer riser needs the back cover inserted into it. It has a tight fit, and needs to be pressed in until it sits snugly on the clip in the outer riser. 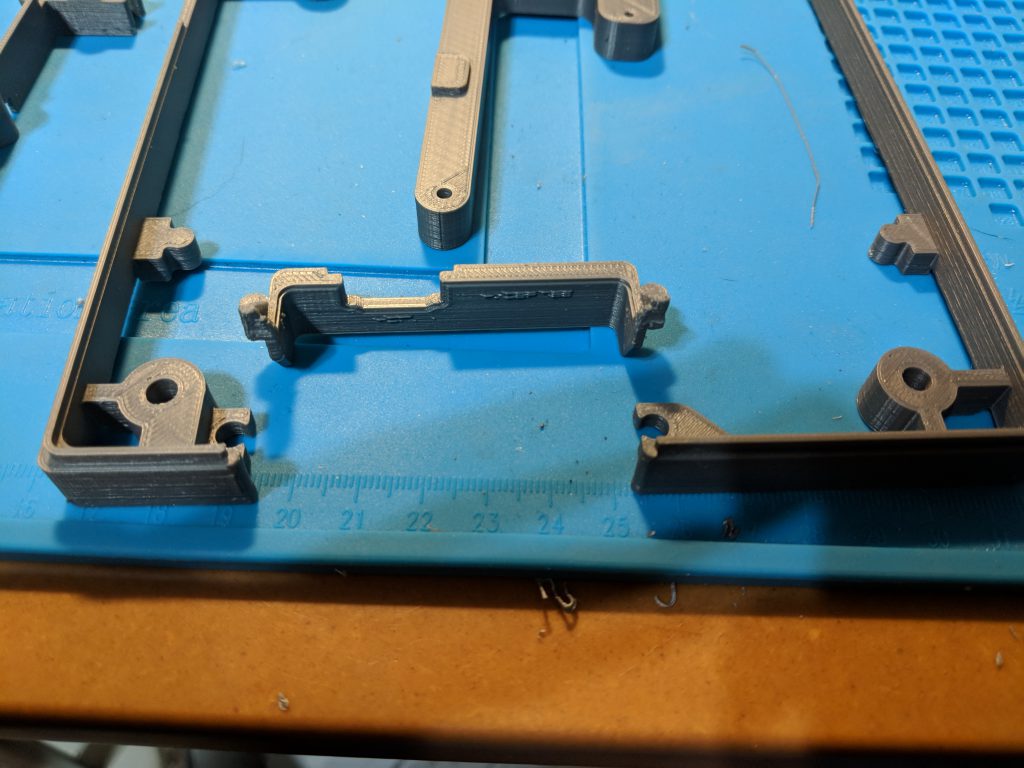 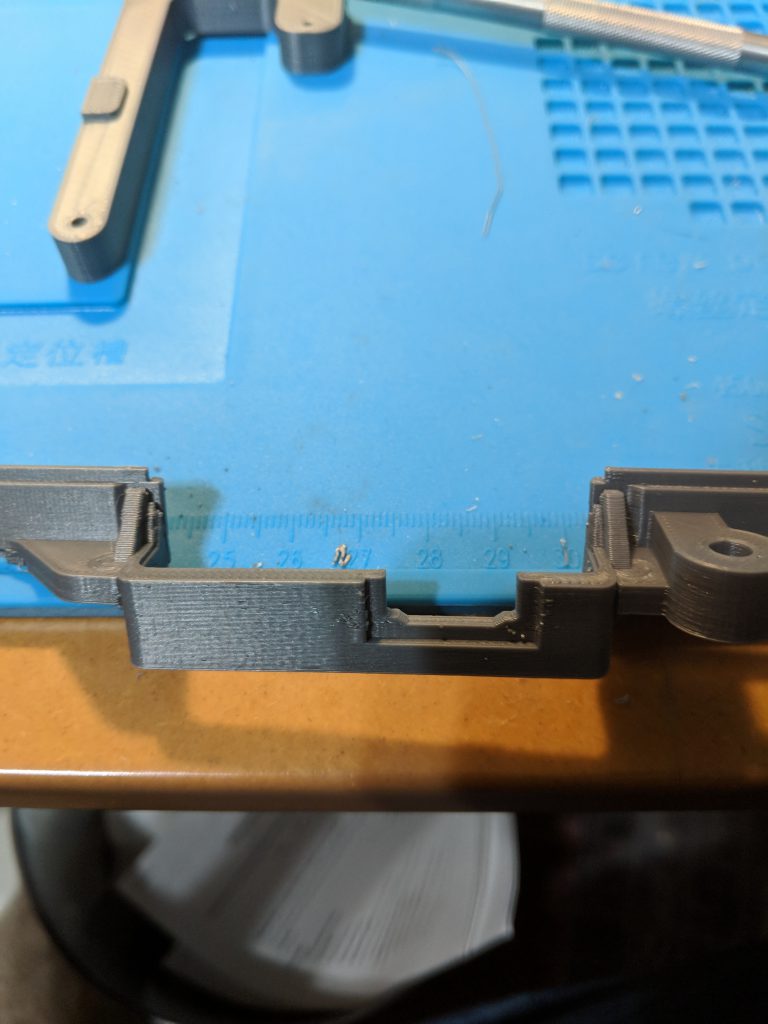 The four spacers will need to be glued into the bottom of each screw post, there is a groove that the spacer sits inside of. 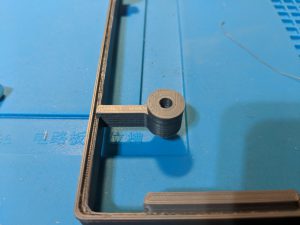 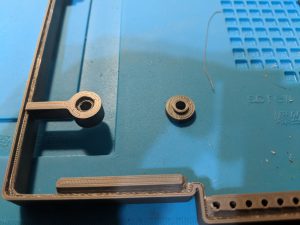 The outer riser can be placed into the bottom shell of the NES, it fits snugly and may require some minor force to get it to sit flush into the space. 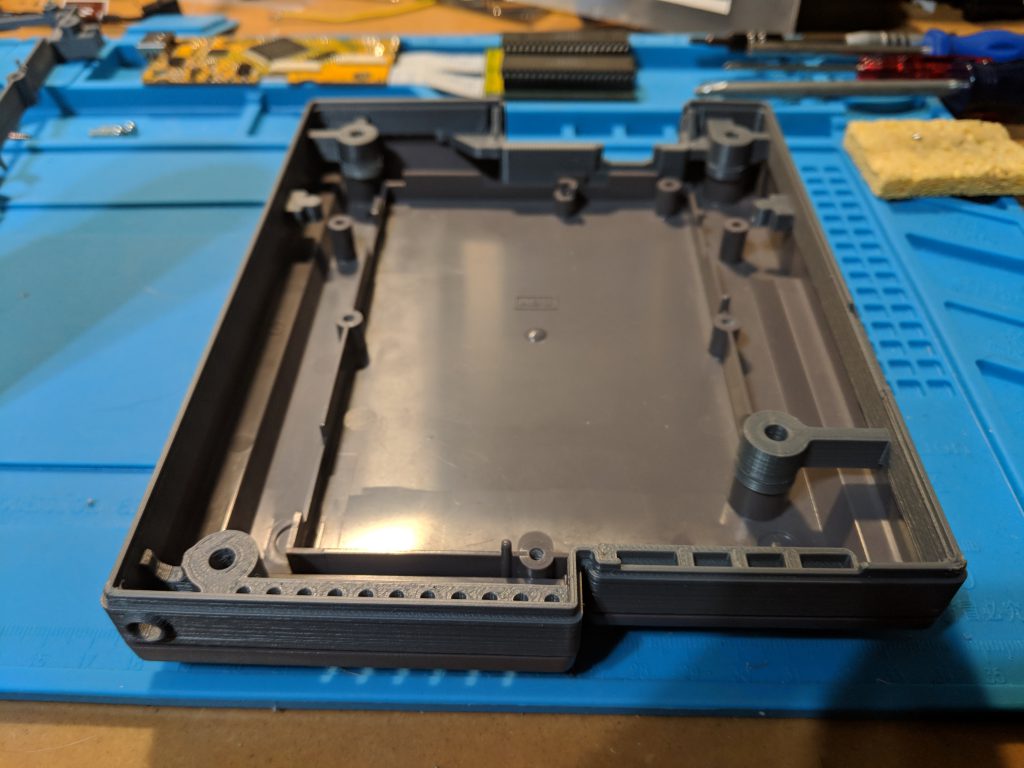 Then install the board mount into the bottom of the NES shell, the Hi-Def NES will screw to this mount using one of the original short screws in the spot towards the front of the system. The screw hole at the back of the system will go in after the inner riser is placed in. 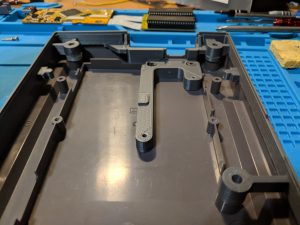 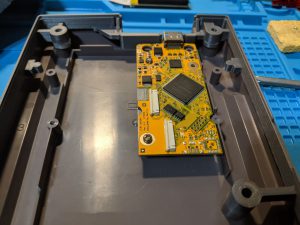 The inner riser will go in next. Use another original short screw to install through the Hi-Def NES and into the board mount. 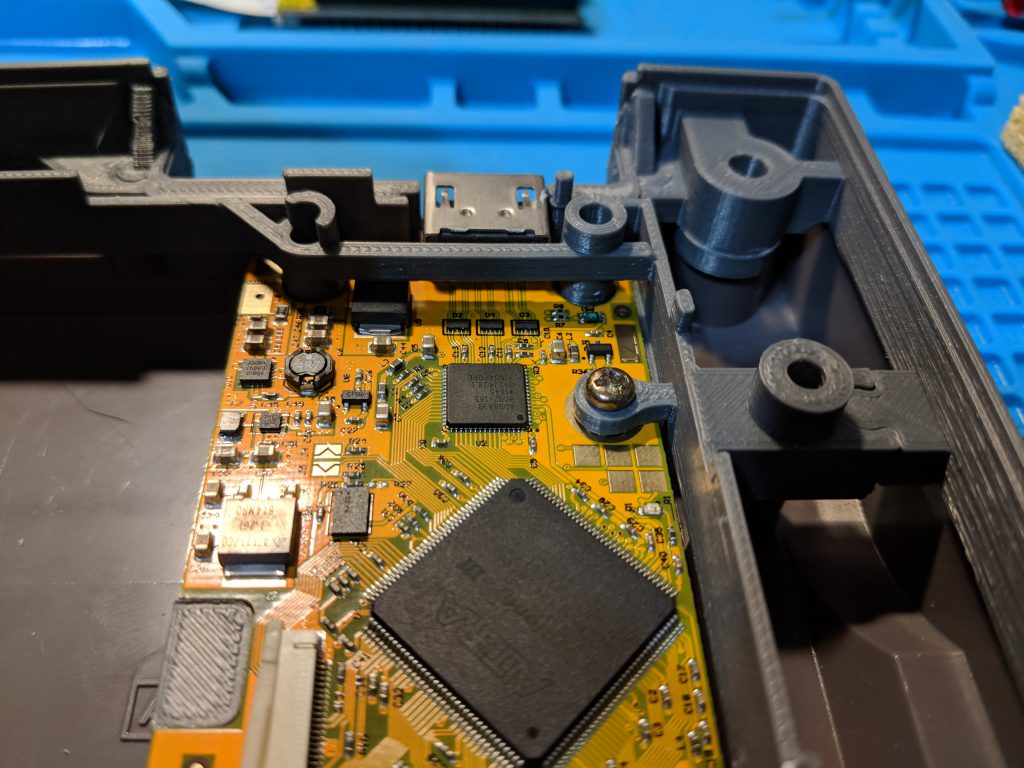 Now install the NES main board with 2 1″ screws on either side of the cart port, and 3 3/4″ screws on the remaining 3 screw positions. 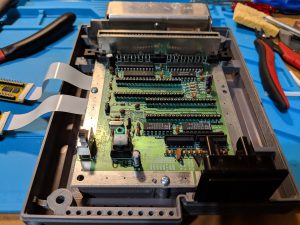 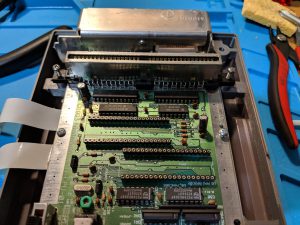 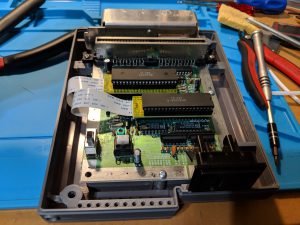 At this time you can store your remaining screws in holes at the front of the system in case you ever want to undo the mod you will still have your original screws handy. There will be extra holes as you reused a couple screws in the installation of the mod. 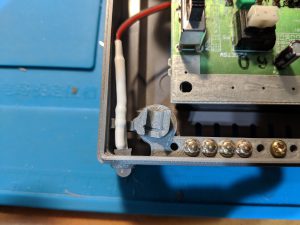 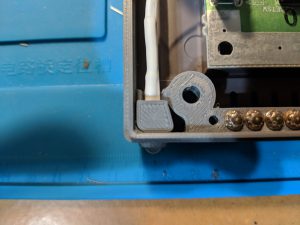 Then attach the top shell, and fasten the 4 remaining 1″ screws in the original screw holes. 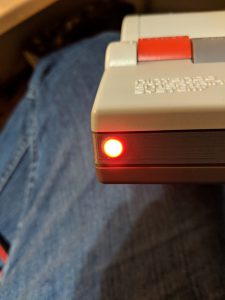 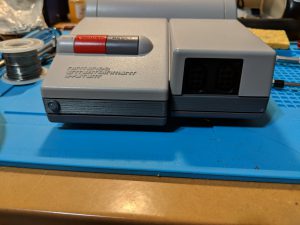 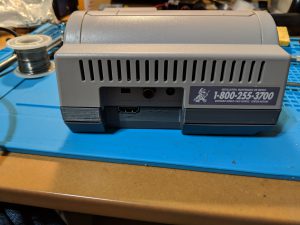 Now you have a Height-Def NES. (Or Extra Hi-Def NES)