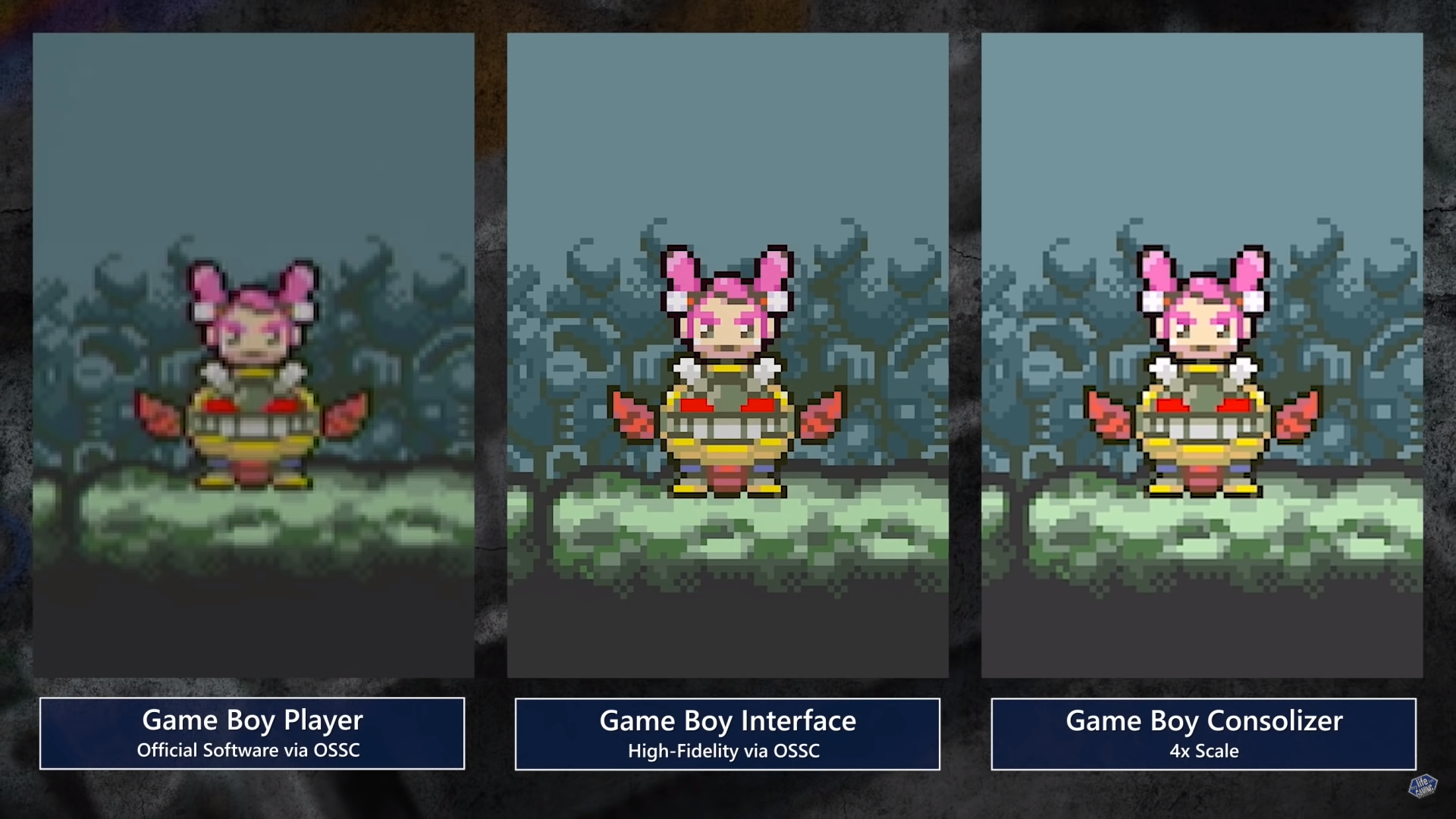 Hey everyone, this is Try from My Life in Gaming. We’ve been playing around with earlier versions of Woozle’s GBA Consolizer for a few months now, and we’ve finally released our dedicated episode on the finished product! Check it out right here!

Speaking for myself, this possibly my favorite mod since the Ultra HDMI. I’ve always been drawn to methods of playing handheld games on the TV, and I’m pretty confident that the Consolizer will now be my primary method for doing so with Game Boy, GBC, and GBA games.

There are still advantages to using the High-Fidelity version of the Game Boy Interface homebrew software with the GameCube Game Boy Player through the OSSC – even though it may show analog noise, it can be a tad sharper, and many people are already setup to use this. But I really appreciate that once the Consolizer is set up, it’s simply power on and play. Plus the perfect screen-filling scale of original Game Boy games, along with the unexpected implementation of the Super Game Boy preset palettes makes the Super Game Boy 2 just a bit more obsolete for me… still gotta use it for those Super Game Boy Enhanced palettes, though!

Probably my favorite part of making the episode was experimenting with different controllers. My preferred GBA input device is Hori’s SNES-shaped “Digital Controller” for GameCube, and I figured out a way to make it work, which I was not expecting at all!