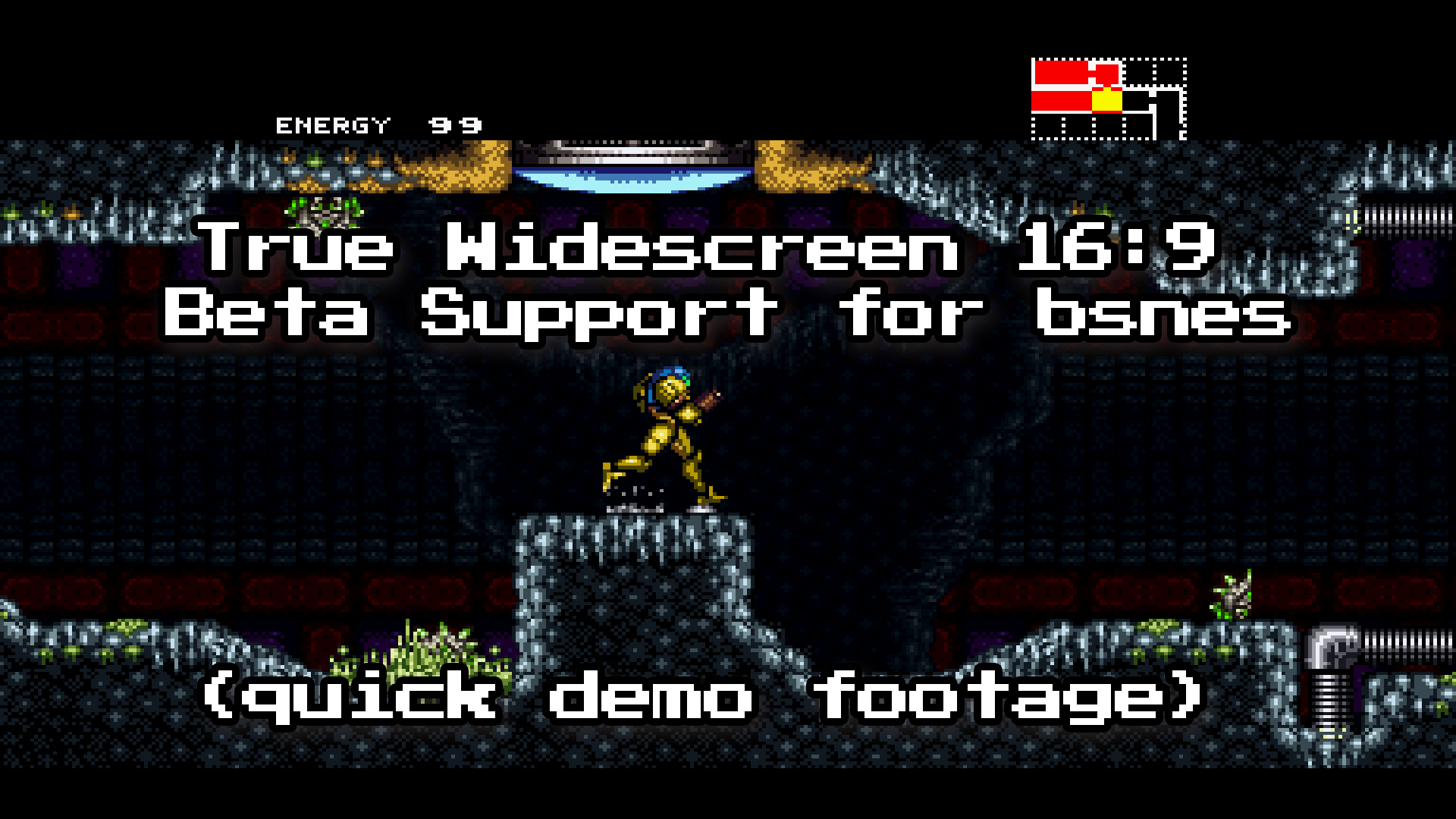 DerKoun has recently implemented the ability to play custom-patched SNES roms in true 16:9.  This feature is added to his bsnes fork, currently at beta version 10:  https://github.com/DerKoun/bsnes-hd/releases

For those of you new to the emulation scene, bsnes is an excellent software emulator for the Super Nintendo console.  You can load “roms” of games onto it and play via a computer, or even on your TV via your computer’s HDMI-out.  The game shown is Hyper Metroid, which is a hack of Super Metroid that is essentially a brand new game built on the Super Metroid platform.

Not all roms will just load in 16:9 though:  Each ROM needs to have a custom patch created for it, in order for this feature to work.  At the moment, a Hyper Metroid patch is available and I believe there’s patches for On The Ball and F-Zero as well, however I don’t have links to those.  After speaking to bsnes creator byuu, it seems the intention is to implement 16:9 into bsnes official as soon as a complete patch exists that lets you run a game with no issues. byuu wants the experience with bsnes to be seamless and without any configuration settings for this.

At the moment, both the path and fork are still in beta and while the footage I captured looks amazing, there are some bugs visible.  As always, it’s recommended that only people with beta testing experience give it a try and most other users wait for the official release.  I recorded a few minutes of footage (below) to give people an idea of what it’s like, but then quit after I couldn’t wall jump using a keyboard ;/  I’ll definitely revisit both the 16:9 feature and the Hyper Metroid patch in the future and might even do a mini-review for the SM Romhacks page.

The future is coming on. https://t.co/EN36JtEgDa