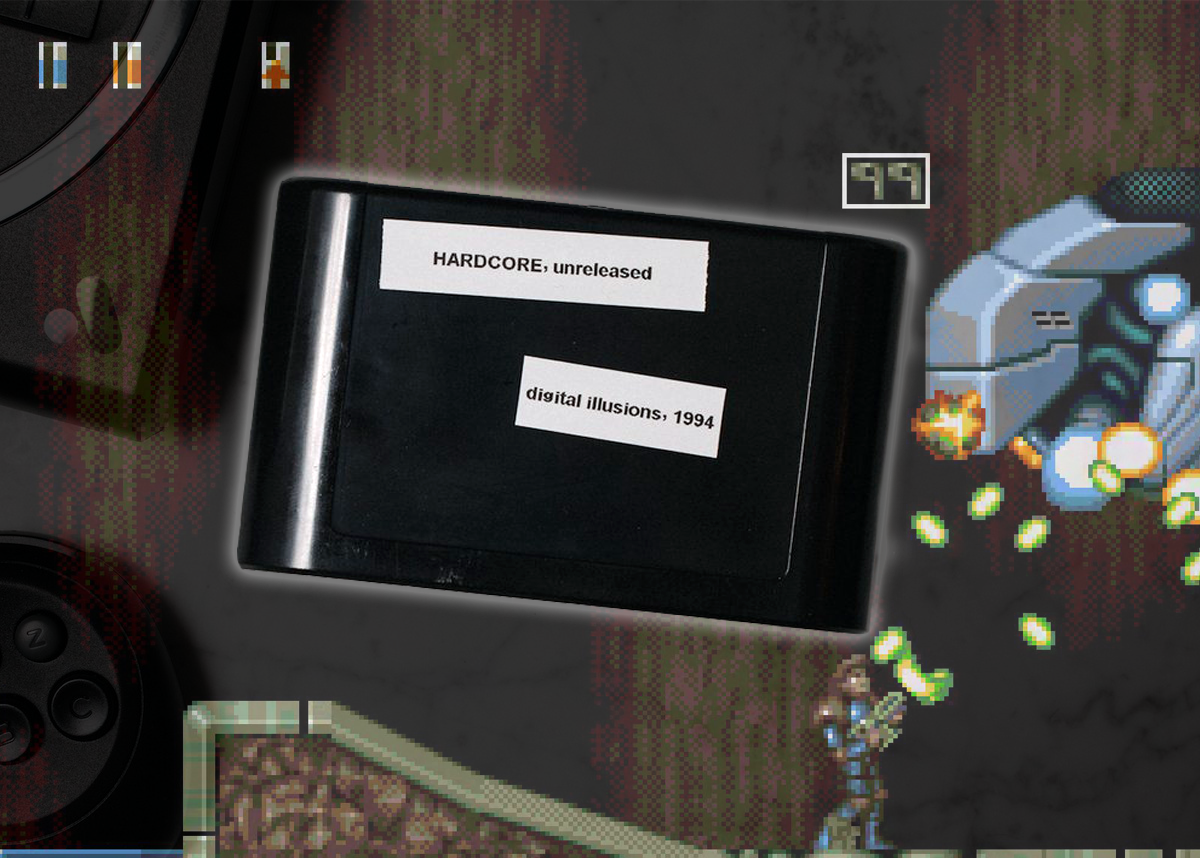 It’s time to get Hardcore with your Sega Genesis… (Couldn’t resist!) All kidding aside, Analogue announced that their upcoming FPGA clone of the Sega Genesis/Mega Drive will be bundled with Hardcore, a 99% finished game that was canceled 23 years ago. The game was canceled in 1994 due to developer Psygnosis losing faith in 16-bit game with 32 bit offerings from newer consoles such as the Playstation just around the corner.

*Update* For legal reasons, Hardcore’s name has been changed to Ultracore. The game remains the same. – Source: Analogue

We're stoked to announce that every Mega Sg includes an unreleased Sega Genesis game. The only known source code of the game was stored on a dead hard drive that was *barely* recovered. pic.twitter.com/ATcZxn50Ix

The game will be included digitally with the Mega SG. If history repeats itself, it will be preinstalled in the firmware similarly to how their previous product, the Super NT included Super Turrican: Director’s Cut. The latter included a SNES box for display. Hopefully, the Mega SG will include a clamshell case for Hardcore.

The game will also get a physical release on the PS4 and the PS Vita sometime in 2019 courtesy of Strictly Limited games.  If the latter are ports, then the Genesis/Mega Drive version should look and play just as good as the modern consoles on the Mega SG and its 1080p output.

Polygon has an interesting scan from a 1994 article about the game for those interested in digging a little deeper.