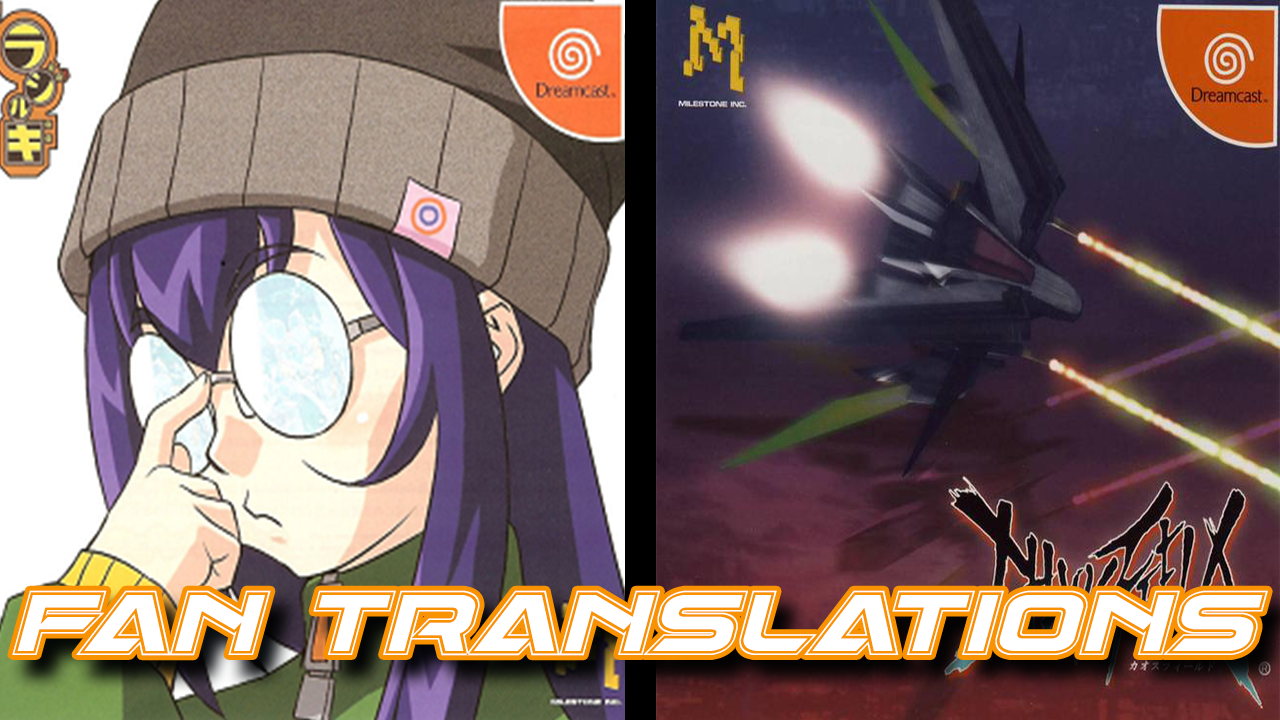 A double whammy two days apart, both the famous Radirgy and Chaos Fields for the Dreamcast get fan translations thanks to wiredcrackpot and Derek Pascarella (Ateam) respectively! I guess you could call these, a massive MileStone in fan translations…

Radirgy was originally released in arcades on the SEGA NAOMI arcade system in October of 2005 by MileStone Inc. A few months later, it was then ported to the Dreamcast. Yes, a Dreamcast game released in 2006.

The game is a very addicting bullet hell Shmup with really cute cel shaded graphics ala Cel Damage and Wind Waker. You play a schoolgirl named Shizuru Kamigusa, and you must rescue your scientist father and his colleagues from a group of terrorists trying to stop a radio wave allergy cure from being released (Which your character happens to suffer from). Yes, this is a weird story…

After seeing the work done on Radirgy, and wanting a short break on potentially his magnum opus of fan translations Nakoruru, Derek (Ateam) decided to try his hands at giving Chaos Fields a similar fan translation effort. Originally, he was just going to take the script from the GameCube version of Chaos Field and insert it into the Dreamcast version. However, it was simpler than that, as 80% of the game’s English dialog was already in the game itself! All he had to do was translate the last 20% of it:

Still working on the English patch for "Nakoruru", but decided to shift gears today and release a tiny surprise translation patch for "Chaos Field" on the SEGA Dreamcast!

Chaos Field doesn’t really have much of a story, it’s essentially a five stage boss rush mode where you face three bosses consecutively on each level.  You can select from three pilots with their own fighting attributes. It’s recommended to select one based off how familiar you are with the game, or your skill level with shmups in general. It can be challenging if you aren’t used to the gameplay or mechanics, but after a while it becomes very fun and rewarding!

For more info on these patches, check out the article on SHIRO!’s website:
https://www.segasaturnshiro.com/2022/01/07/radirgy-and-chaos-field-get-dreamcast-fan-translations/