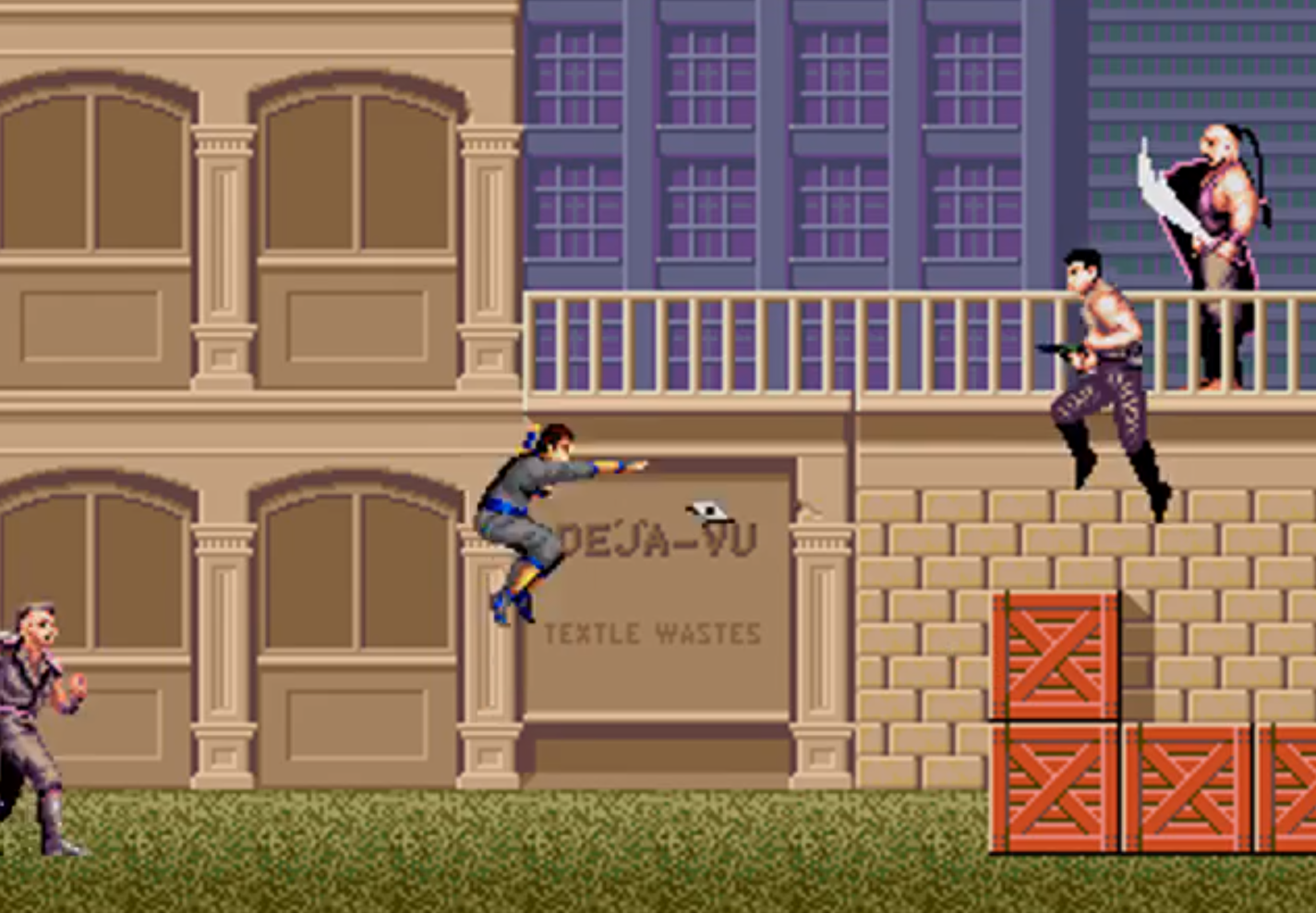 File this under “better late than never”, but Tryphon’s amazing looking WIP Shinobi arcade port got a downloadable ROM last September. It’s merely a proof-of-concept more than anything else at this stage, but even in this early state it shows a ton of promise and potential. While it’s only the first stage (1-1) of the arcade game, it already feels and plays great which is an amazing feat for a first release.  Follow this thread if you’re interested in downloading the test ROM and would also like to keep up with its latest development.

There is no sound in this release, but you should play it anyway.