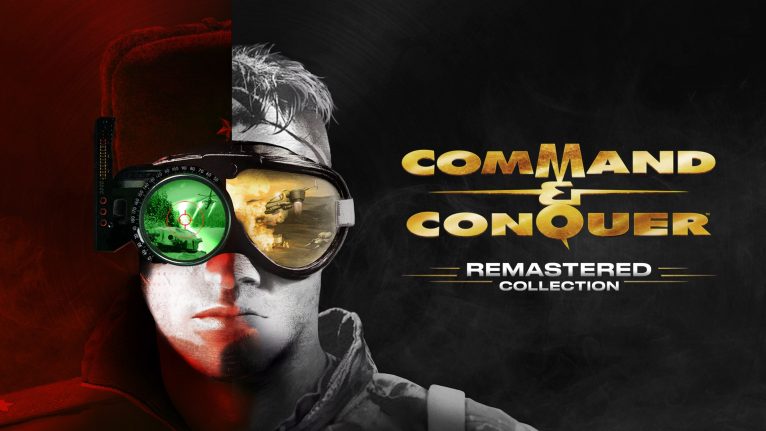 EA, yes Electronic Arts is coming out with a remastered version of this beloved Real Time Strategy game, and before you roll your eyes.  Please hear me out with this on going article.  Which has been and is a collection of information gathered over the past few months to a year, and might be edited further to reflect new breaking information.

The Command & Conquer Remastered Collection reveal trailer was officially shown on 10 Mar 2020 (yes Mar10 day for you silly people ;D) and in that trailer many people will see the fruits of what was sown.  How did this all begin?  It started with EA realizing that they had made mistakes with the Command & Conquer franchise by trying to give the community a mobile game (Command & Conquer Rivals) which many fans never wanted.  The backlash was fierce with months passing after the E3 reveal and the silence from EA was deafening.

Then Jim Vessella came out of no where popping up suddenly on various C&C community forums and on reddit.  Mr. Vessella is a producer at EA for Command & Conquer (C&C3 Kane’s Wrath, RA3), and surprised everyone with a reveal that EA would be working on a new title to honor the 25th anniversary.  “We heard you loud and clear”, he said with regard to Rivals and going forward, “the community also wants to see the franchise return to PC. And as a fan of C&C for over 20 years, I couldn’t agree more.”

C&C Update from EA from commandandconquer

The next step was to announce that EA had partnered Petroglyph Games and Lemon Sky Studio.  Petroglyph is a successful gaming developer that was made up of many former Westwood Studios’ employees.  Which at one time was under EA Games before being shutdown during the EA LA consolidation.  EA approached them to spear head the project and remaster Command & Conquer and Red Alert.  Lemon Sky Studios was also brought in to help with translating the game into higher resolutions like 4K and because of their experience with remastering another beloved RTS game, StarCraft.

With the development team set and the passion clearly evident.  One other key element of respect was needed, the community.  Not long after the reveal of the remaster project.  Mr. Vassella announced the formation of the Community Counsel, who would be comprised of key members from the C&C fan community.  Fan members who have been instrumental in keeping the C&C community alive, whether it be mods, patches, web design, streaming, music, art, and more.  This counsel would have direct access to all the developers who could review and provide direct feedback based on the years of experience and pulse of the community.

With the foundation set.  Information over the past year has started to reveal the fruits of promising results, and from this we have witnessed the details.  Shown in all aspects of the game.  Great care has been giving to the original source code and engine.  Petroglyph had great insight to the code they wrote decades ago and were able to adapt this onto a more modern engine, GlyphX.  Which is prominently used in all their titles.  Players have the ability to zoom, and even toggle in between Remastered and Legacy visuals.  Giving players the C&C look they want. 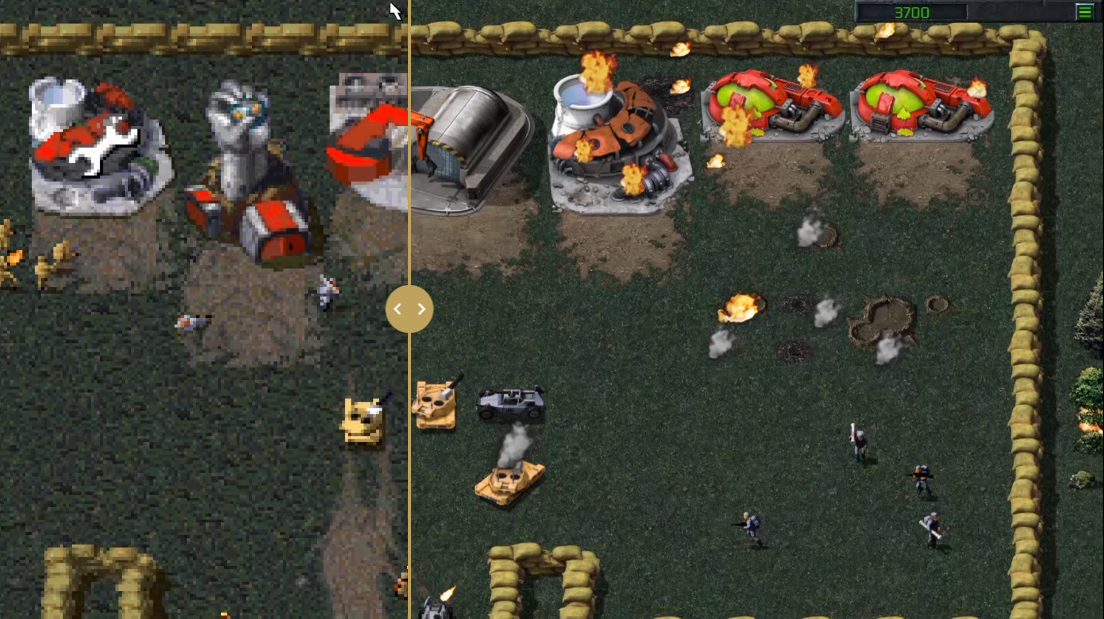 Furthermore the sound and music remaster is handled by none other then the legendary game music composer Frank Klepacki.  Mr. Klepacki took the opportunity to remaster all his original works including remastering sounds, voices, even bringing back Kia Huntzinger to reprise her role as EVA.  Many of the sounds and music were in low quality compression to save space as well as music being done in mono.  “Lost” and unused music were also discovered and was added in as bonus.  In addition a music Jukebox has been added and players can completely customize their music score as they see fit.  What is even more surprising is that Mr. Klepacki teamed up again with C&C tribute band, The Tiberian Sons.  To record in studio all the songs they preformed together at MAGFEST2019 and more.

The movies and cut scenes have always been a critical part of Command & Conquer, and this remake is no different.  The Full Motion Videos (FMV’s) were remastered using AI to best interpret the scaling quality.  Regretfully the original video footage filmed during the 90’s were never located and though Mr. Vessella was able to locate video footage in storage.  The video found was of the same video compression utilized on the original game disk.  (At the time of this article and just weeks from launch, the original video recording source is presumed to be lost forever.)  The next best option was to actually use the FMV’s from the console versions released both on the original PlayStation and the Sega Saturn.

The console versions of C&C and Red Alert were released with a slightly better resolution to accommodate the TV’s at the time over the then PC monitors of that era.  The console versions of the game used a higher MPEG video format compared to the lower VQA video format of the original PC release.  The results are pretty good while still keeping the authentic nature and feel of the original videos at heart.  One of the key additions was the fact that all the exclusive content that was originally on consoles.  Has now been added to the remaster.  Though one of the notable issues with these cut scenes are the fact that certain videos were never released and reworked for the console versions of the game.  Which in this case EA, Petroglyph, and LemonSky had to use the cut scenes in the original VQA video format.

Last but certainly not least, Mr. Vessella mentioned one other major find while attempting to locate the original films.  Lost “B Roll” footage that was never used in game will now be available to unlock while playing the game.  At no additional cost, not a DLC, and certainly not a Loot Box.

During the lead up to the release of the Command & Conquer Remaster.  Limited Run Games stepped in to help bring a physical release to the market.  This extremely important gesture is not lost on fans of the original games nor is it on old school PC gamers.  Physical “Big Box” PC Games were a staple for the medium and it was where game companies often went all out on elaborate and/or unique sized packages to sell their games.  Large manuals, reading books, posters, keyboard overlays, and many other items would often be sold along with your game media for a unique experience not found on the consoles.  While Limited Run Games have been known for their limited tight window quick sell outs on their game offerings.  This particular run is different allowing anyone to preorder with no hard limit on the copies going into the sale.  Anyone who pre-orders will receive a copy. 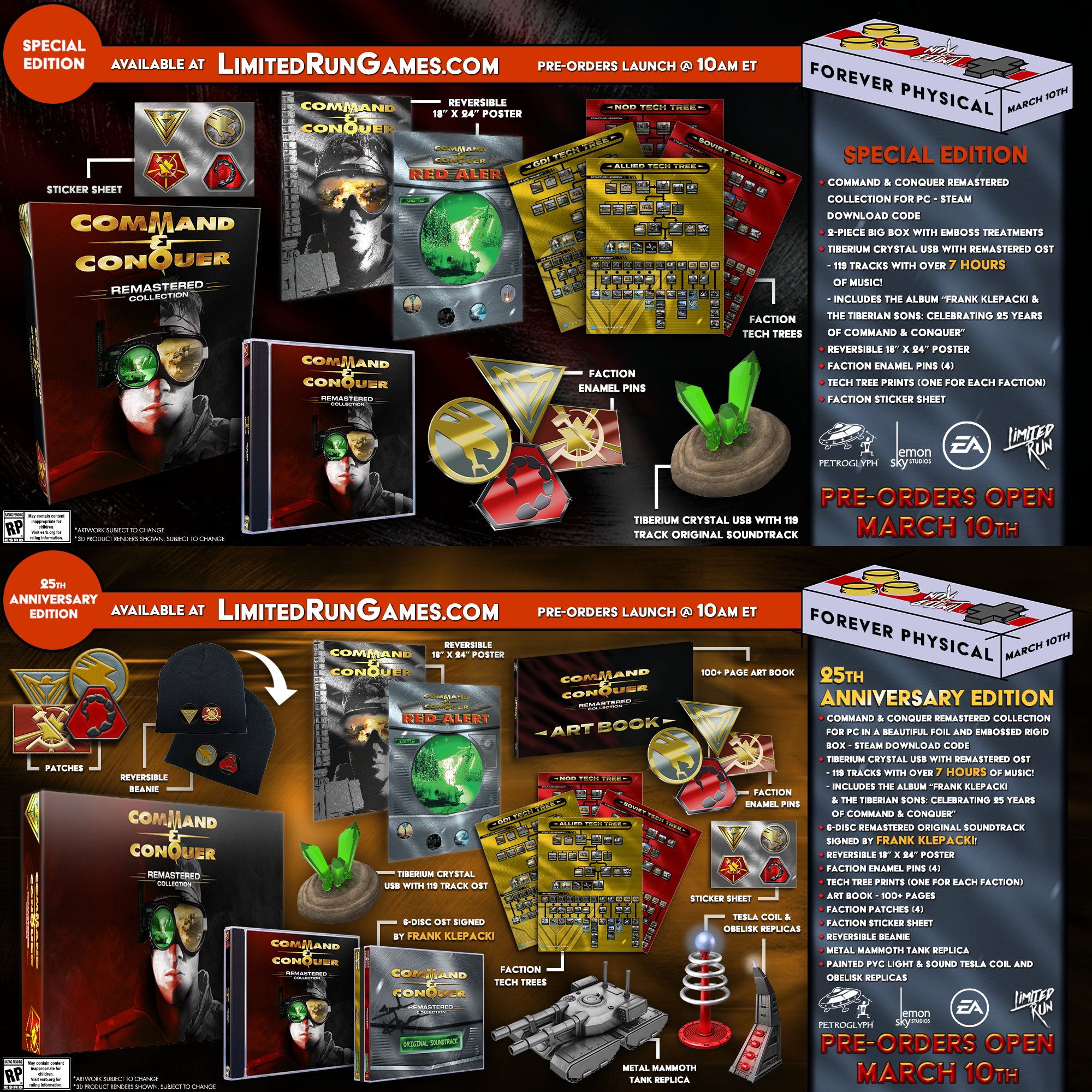 (ARTICLE UPDATE) As of the original writing of this article, pre-orders were live.  However once this is actually published and you can read this article.  They will have been closed.  Also due to the Covid19 Pandemic, Limited Run Games and Mr. Vessella announced that the physical edition would be delayed.  The good news is that Steam key codes for those who purchased the physical editions will be delivered and ready for launch day of C&C Remastered at no additional charge.

Before the imminent release of C&C Remastered, EA and Mr. Vessella made a surprise announcement to the community.  EA will be releasing the full source code of the two remastered games to the public for free, and as the Red Alert Shock Trooper would say, “Shocking”…  Though this really should not come as a surprise to the die hard C&C community.  EA in the past, released many C&C games for free and even used fan/community help to get the original games to work on more modern computers.  The helpful cooperation with its fans lead to the development of some wonderful community run projects and mod conversions.

Chief among them being examples like Dawn of the Tiberium Age, Twisted Insurrection, and OpenRA.  Dawn of the Tiberium Age is a original Command & Conquer + Red Alert conversion using the later released C&C Tiberian Sun engine.  This conversion allows players to play a “Classic” (think vanilla) or “Enhanced” mode with added units and even options to pit original C&C factions verse Red Alert factions in multiplayer/skirmish.  OpenRA is similar and is an open source project that has rebuilt C&C and Red Alert with pure community involvement.

OpenRA’s existence places it completely in direct competition and draws similar comparisons to EA’s C&C Remastered.  Many other companies would have gone through legal routes and utilized cease and diciest options but that is not the case here.  Mr. Vessella stated that, “the decision to go with the GPL license to ensure compatibility with projects like CnCNet and Open RA.  Who are you EA!?! What have you done with the EA we have come to know and malign…

This all can’t be real right?!?  Nope it is, and it is the culmination of what happens when passionate game developers who respect the intellectual property and passionate community member who’s loyalty has never wavered.  Work together to make this dream project a reality.  If there was ever an apology from a company to its long time customers and fans.  This remaster is most certainly it.

*Note from writer* I apologize for sitting on this but I felt it deserved one big article tying up the small stuff, rather then little bits here and there.  However more and more massive news kept coming out leading to a rather ballooned article.

Here is my video review: