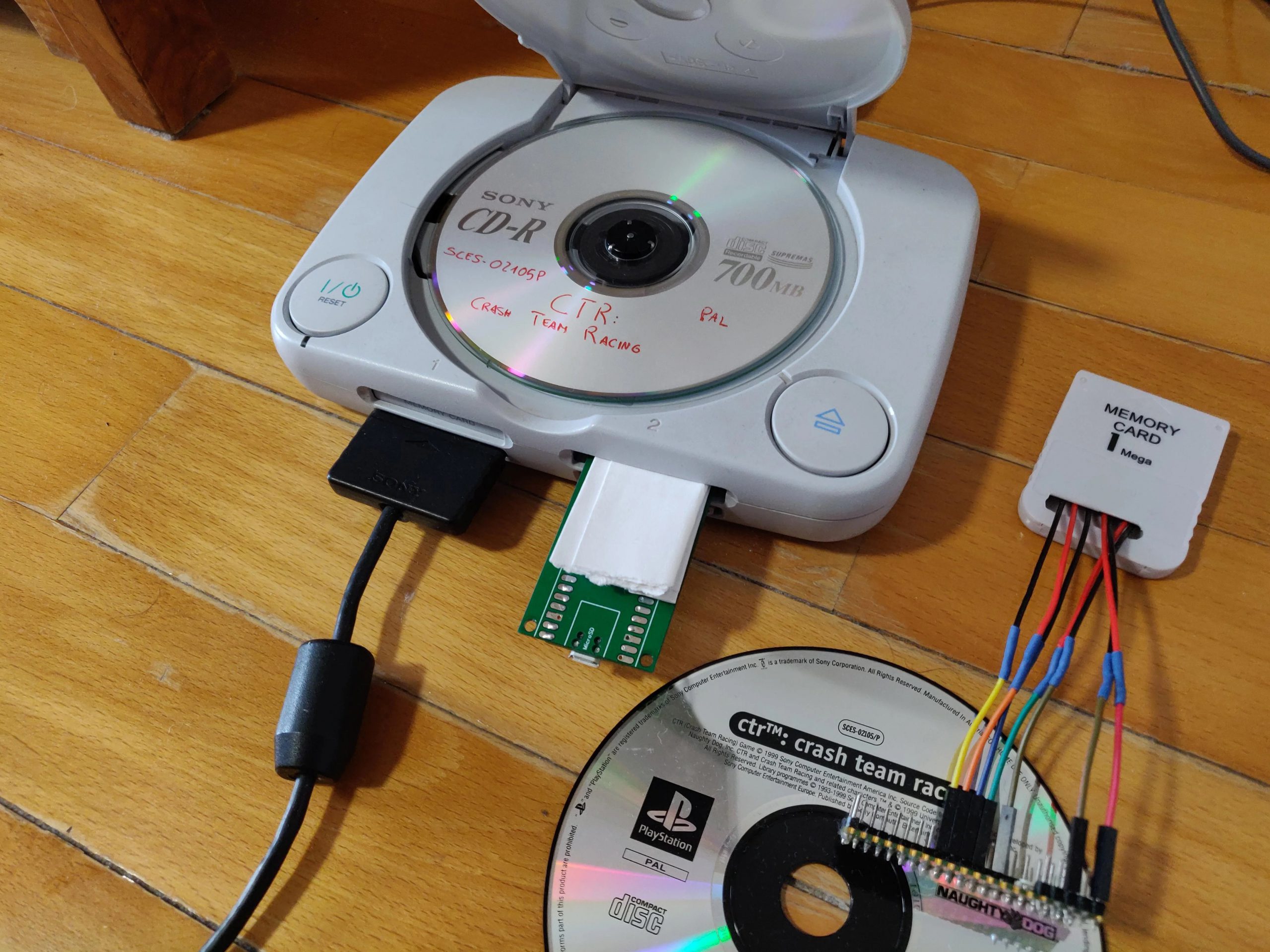 Hacker Daniele Giuliani from Italy has come up with an open source project to use a Raspberry Pi Pico as the brains of a PS1 memory card. At this stage of the project the main advantage is cost and the ability to transfer save files to your PC. Github.

On a picture shown on Daniele’s Reddit post, you can see two versions of the project working:

To the right is the original version, you wire a RPi Pico to the pins of a memory card. You also cut the traces so the standard functionality of the memory card doesn’t work anymore.

To the left, we see an improved version made with a simple, custom PCB that the RPi Pico sits on. This version is much cleaner but longer than a regular memory card. At this point in time there is no case design but I imagine if the project picks up then someone will design a 3D print case.

The project acts as one memory card, its not partitioned by game like the Memcard Pro. In theory you can also wire the RPi into a controller plug instead, as the controller and the memory card use the same bus. You could build this project from a donor controller or just grab a 50c plug from AliExpress.

When you disconnect the memory card from the PS1, it’s possible to use the Pi’s USB port to connect to a PC and download the save files.

It is also possible to upload save files into the board. Right now Daniele says the process is a bit fiddly but it does work. FreePSXBoot is an exploit to load backup discs and you are able to load this onto the memory card.

You can build this right now with a donor memory card and a RPi Pico, that should run you about 5 dollars. Check out the Github project for all the build details