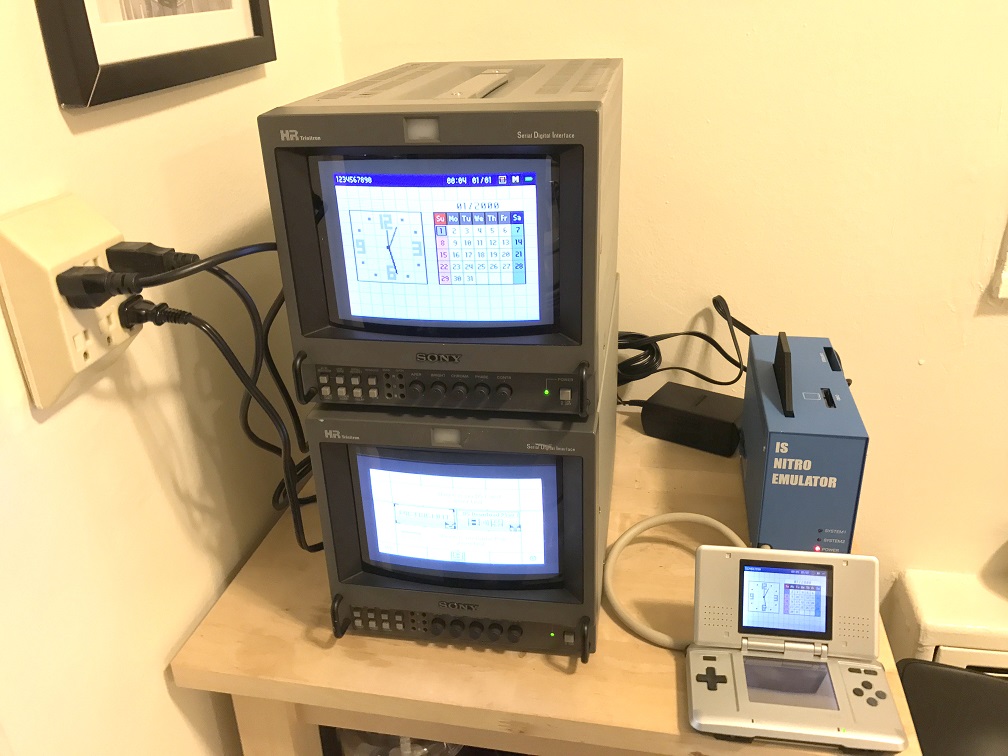 Forum user pzlate seems to be the first person to RGB-mod a NitroDS unit; A Nintendo DS developer unit that outputs video to both screens.  Nitro DS units can output Composite and S-Video in either 240p or 480i modes, however none can natively output RGB.  Some models (like the one pzlate had) use the same video chips found in later model N64’s, so either Tim or Borti’s N64RGB kits can be used to RGB-mod the consoles…although up until now, I don’t believe anyone has done it!:  https://assemblergames.com/threads/rgb-modding-a-ds-is-nitro-emulator.69683/

I originally planned on reviewing these dev units almost two years ago, but (as with many things in the retro gaming world) every time I learned something new about them, I ended up with more questions than answers.  Here’s what I know for sure:

For anyone interested, Evan Amos was kind enough to take some professional shots of the insides of both the Capture (thin DS) and Emulator (Phat DS) that I own, showing all the video chips used:  http://retrorgb.com/assets/NitroDS-BoardPicsByEvanAmos.zip

I hope to soon have a full review completed that shows the history and technical details of this device.