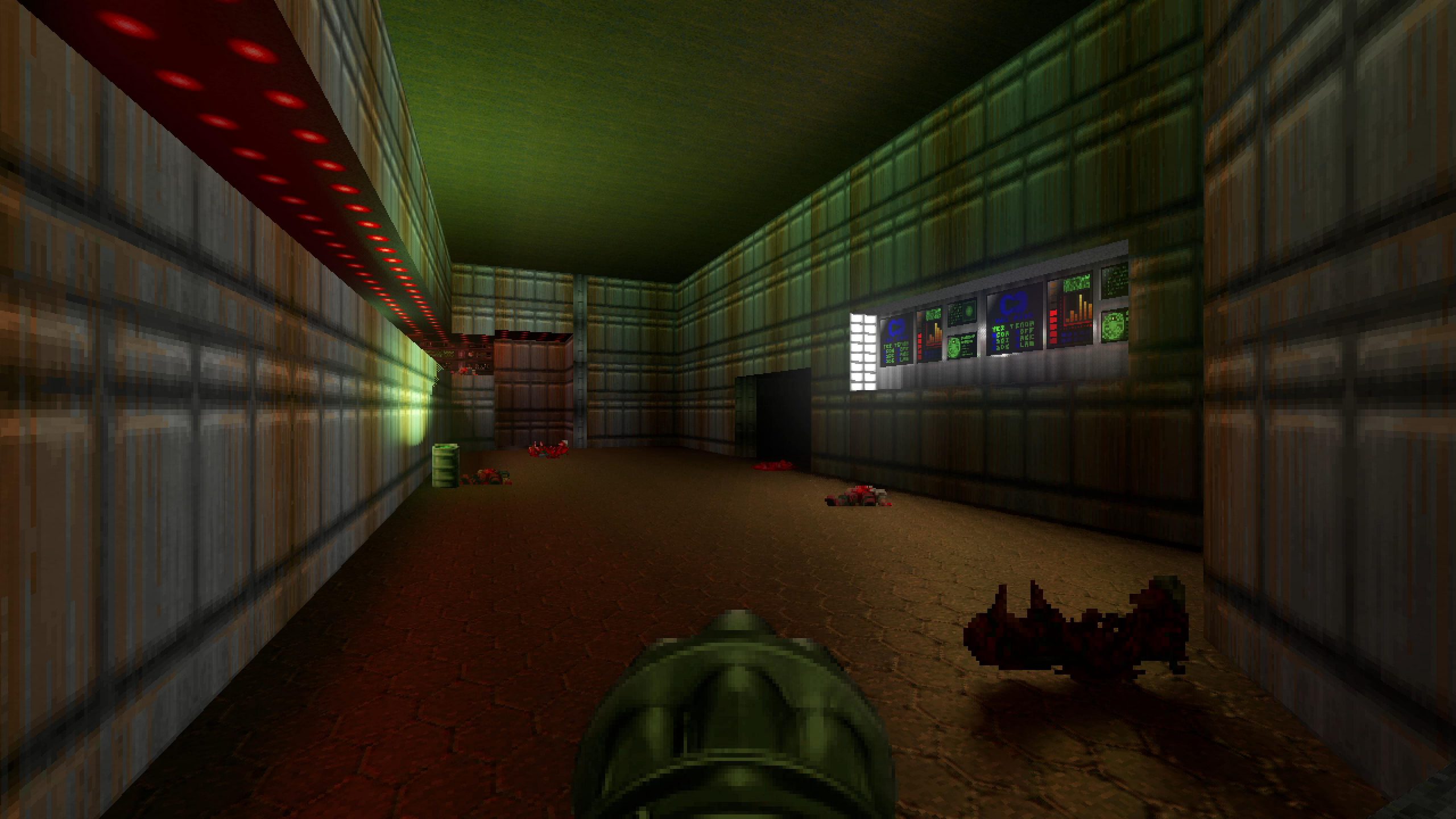 We’ve seen ray tracing be added to quite a few classic games as modders and developers are getting used to the technology. The most famous example might be Quake 2 RTX which injected the tech into the game to great effect. There is now a new mod for the original Doom that adds a completely new layer to the game, and atmosphere, thanks to ray tracing.

Github with the mod – https://github.com/sultim-t/prboom-plus-rt/releases

Before we dig into what the mod actually does it may help to have a quick primer on what ray tracing is, and what it isn’t. First off the basic principle is that instead of using predone lighting layouts, the scene you are looking at is dynamically lit based on the available lights. This creates a much more realistic scene and in some cases can make a dramatic difference in how the game looks, and feels. Light reflects differently on different surfaces based on the materials, and shadows appear naturally as a result.

Now this technology does have some drawbacks. First off it’s very expensive on performance and requires a powerful video card. For PCs that usually means the RTX series of cards from Nvidia which has specialized components for ray tracing. It’s also not a simple flip switch to get great lighting in a game. Careful considerations and tweaking has to be done by the modder or developer but the end result can be terrific.

The modder sulmin-t opted to add ray tracing support to a modern engine version of Doom called prboom plus. This is just one option for running Doom on modern computers, where the one most people may have heard of might be gzdoom. Installation is as easy as downloading the files, adding in the doom.wad file from a Doom installation and running the executable. You are now playing Doom with ray tracing (as long as your hardware supports it)!

The atmosphere of the game is elevated considerably with the addition of ray tracing and I think it fits it very well. Updates for the mod are already coming out, further tweaking the lighting and fixing some bugs. Is the mod perfect? No there are some cases where it’s pretty apparent things don’t quite line up yet. But I think that’s to be expected when you add this sort of tech into a game that clearly wasn’t designed for it in the first place. That said I’m generally a fan of ray tracing being added to older games like this, and I hope we’ll see plenty more in the future.