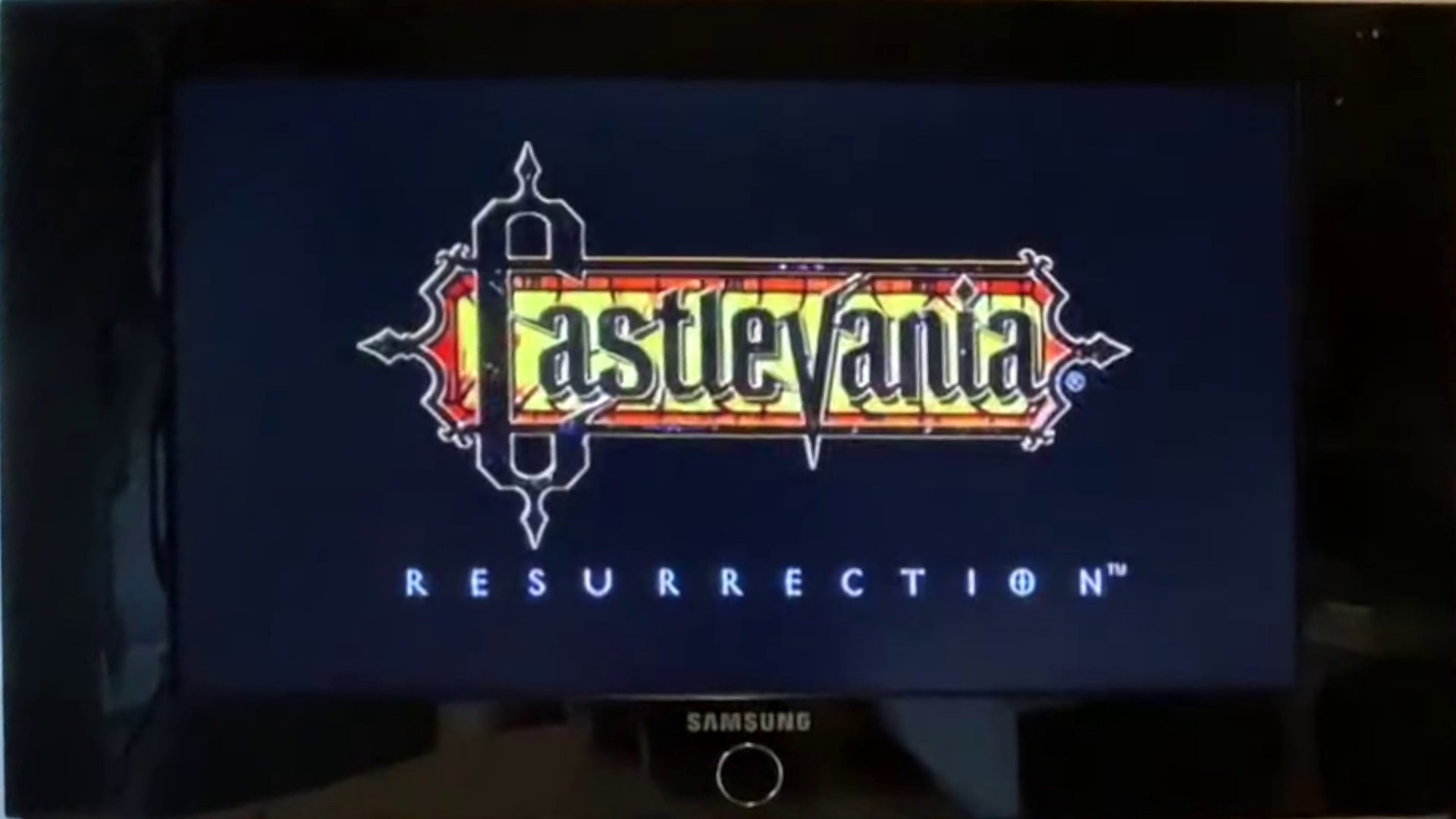 On April 4th 2021 an anonymous YouTube account called “cvr exists” seemingly created for the specific purpose of showing off a long lost prototype of the cancelled Castlevania Resurrection for Dreamcast posted a three-minute video showing a debug/demo build of the game dated 11/5/99 being loaded on a Dreamcast and played.

According to The Dreamcast Junkyard, this video was posted subsequent to an investigation by Comby Laurent.  Additional information here: https://www.sega-dreamcast-info-games-preservation.com/castelvania-resurrection-dreamcast (If you’re not a francophone Google translate is your friend.) Though at this time we still have no idea as to the identity to the uploader of the video.

From the mid-1980’s until about 2010, Castlevania was an almost annual affair.  1999 was a particularly busy year for the series.  That year Castlevania was dragged out of its 2D roots and released on the N64 – twice, first early in the year as the colloquially titled “Castlevania 64” and again the latter part of the year as an expanded and enhanced version of that same game titled “Legacy of Darkness”.  Konami was also working on their very first US-developed Castlevania on the Dreamcast reportedly targeted as a launch title for Sega’s upcoming power-house. The game which was to be called “Castlevania Resurrection” was demo’d behind closed doors at E3 1999.  Most of the public had to make do with second hand accounts of how the game looked and felt as very few screenshots or video were publicly shared at the time.  Konami unceremoniously cancelled the game in early 2000 as it re-focused all of its resources on software supporting the upcoming PlayStation 2.

Shortly after its cancellation a number of development screenshots and a seemingly complete soundtrack were “leaked” online.  These materials were unearthed and shared by the Castlevania Dungeon ~20 years ago.  This video is the first new information that has surfaced since that time.

The video was evidently made by a person using a cell phone to record with one hand and operating the console with the other.  It begins with the person using some sort of development boot disc on the Dreamcast, then swapping it for a GD-R (Giga Byte Disc Recordable) which is presented to the camera for viewing before being placed into the Dreamcast and booted.

The disc seems to contain an early debug build – in the upper right quadrant the words “Cannot Load Corridor” are written. 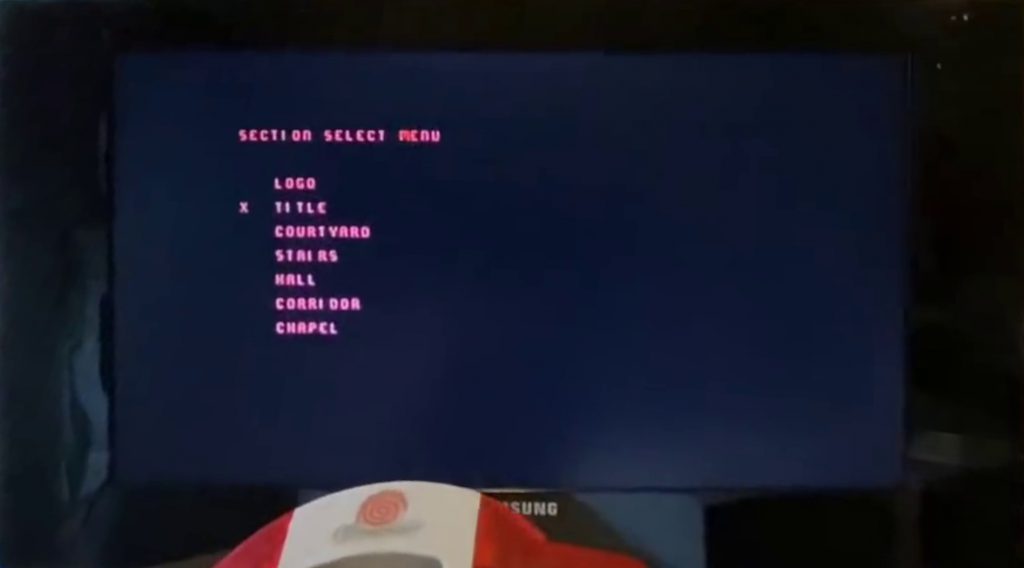 In the video we see the player accessing a debug menu – which is very typical of trade show builds.  A debug menu allows the demonstrator to jump around and show off different environments without the need to actually play through portions of the game.  The menu calls itself a “Section Select Menu” and gives the options: “Logo”, “Title”, “Courtyard”, “Stairs”, “Hall”, “Corridor”, and “Chapel”.

When the game first loads, we get confirmation that Sonia Belmont, of Castlevania Legends (GB) fame does indeed appear to be a (if not the) protagonist.  While in 2021 it’s no longer novel for a traditionally male role like the player character in a Castlevania title to be re-cast as a female character, 20 years ago this would have been only the second time a Castlevania game had done this. (And no, the ability to play as Maria Renard in the “new game plus” mode of the Saturn version of Symphony of the Night/Nocturne in the Moonlight does not count!)

The player goes on to demonstrate:

It remains unclear just how complete this build is.  The player never performs any attacks, just runs around the environment.  We see Sonia take damage from some of the enemies, but when she falls into the lava floor at the bottom of the chapel area she doesn’t take any damage.  From what is viewable, the game definitely shares some design sensibilities with the N64 entries in the series (level layout, janky camera used for single-stick games, etc…) – which makes sense considering their development probably overlapped.

It is also unclear at this point what the uploader’s intentions are with regards to this find. The video was posted without any description.  As of the writing of this article the video has > 50,000 views and nearly 300 comments, however as far as I can tell the uploader has not responded to any of them.  Many of the comments are asking the uploader to dump the disc and release it.  A public release would be ideal from a preservationist perspective, but many other possibilities exist so it’s best to temper any optimism until the uploader chooses to reveal more.  Even if this video is the last we ever see of this long lost demo, we now have a good deal more public information than was ever previously available and that’s at least something to celebrate.

If you’re interested in knowing more about Castlevania Resurrection’s development and cancellation, definitely check out the original source:

If you want to hear the long-available soundtrack for this cancelled game check out:

To watch the mysterious new video that started all this commotion check it out here: