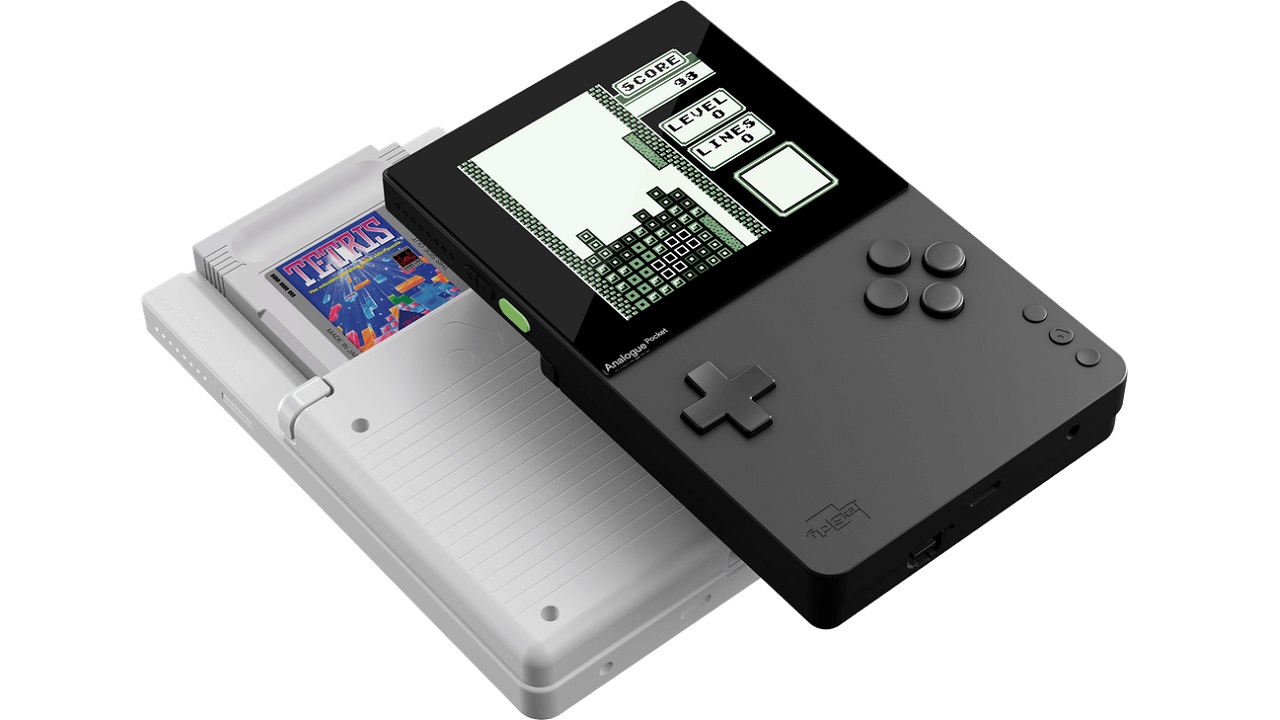 Analogue has just announced that thay’ll be opening pre-orders for their “pocket” handheld FPGA system one week from today on August 3rd, with delivery expected in May of 2021.  The Pocket is an FPGA-based device that plays GB, GBC and GBA games, while also supporting GG, NGPC and Lynx via cartridge adapters (sold separately).  The price is $200 plus shipping which can range between $20 and $90 (seriously) depending on where you live:  https://www.analogue.co/pocket/

Based on Kevtris’ previous work, the Pocket will probably be an awesome choice for people who want to play original cartridges on an extremely high-resolution screen.  It might not be the most cost-effective alternative for just Nintendo handhelds, as you can get a backlit GBA for about half the price.  For the rest of the handhelds supported, it might be much different;  Game Gear consoles all need to have their capacitors replaced and screen replacements are also recommended.  Lynx and NGPC handhelds are more reliable consoles, but screen replacements are recommended for both of those as well.  If you take that into consideration, the Pocket, cartridge adapters and shipping might end up being cheaper than modding all original handhelds!

Analogue also recently updated their FAQ page with more info about it and I’d like to take a moment to put some of this into perspective.  To be clear, I’m still really enthusiastic about the product, but wanted to provide a level-headed interpretation of some of their FAQ:

They claim it won’t play ROMs, but we’re all assuming they’ll release an “unofficial-but-definitely-released-by-Analogue-so-shhhhhh” jailbreak firmware.  I totally get the need to be careful in their marketing about this, but I think it’d be ridiculous to require people to purchase ROM carts to play some of the amazing homebrew and QoL patches like the amazing work done on Link’s Awakening.

Another feature that’s both interesting and suspect is the 3rd party core support.  By adding this feature, it looks like Analogue is hoping the open source community will embrace the pocket as their new choice for developing cores.  While I’d normally commend any company that wants to provide a hardware platform for people to use, there’s some serious issues with Analogue being that company:

First, Analogue has a clear history of making just enough product to fulfill orders, but not enough for everyone who wants one.  From a company standpoint, that’s a smart business move and creates a sense of urgency to buy their products right away.  Heck, Limited Run Games built a massive business off this model.  From a development standpoint though, that’s the worst possible device you’d ever want to spend your time on.  Imagine if a MiSTer developer spent all their free time perfectly porting everything over to the Pocket, just to have it sell out and be unavailable for a year?

Second, I seriously doubt they’ll be open-sourcing their cores back to the community.  While in a closed environment, that’s totally fine, claiming to have an “open product” for people to work on, but not opening your own software isn’t being recieved well by the open source community.  They’re basically asking people to donate their time to help increase the value of their product without giving anything back.

Hopefully this post helps put things into a bit more perspective, without taking away from the excitement the product deserves.  Once again, I’m a giant fan of Kevtris’ work and wish the team well.  I just feel like I’m often the only one who publicly discusses Analogue with a mostly unbiased opinion.  Heck, even with my bias of being a Kevtris fan, I’m still harder on them than everyone else!!!

When will Analogue Pocket be released?

2020. Follow our newsletter to be notified the moment it is available.

How does FPGA development on Analogue Pocket work?

Is the Analogue Dock included with Analogue Pocket?

What game cartridges does Analogue Pocket support out of the box?

What game cartridges will Analogue Pocket support with cartridge adapters?

Is Analogue DAC compatible with Analogue Dock with Pocket?

Yes, with Analogue DAC + Analogue Dock, you will be able to play Pocket on PVM’s and CRTs.

Does the Pocket really have two FPGAs?

Pocket is built with one Altera Cyclone V FPGA and one Cyclone 10. This implementation is to support 3rd party FPGA development accessing the Cyclone V.

Are the buttons on Pocket labeled B A X Y?

All buttons on Pocket hardware are unlabeled on the physical hardware except for the home button which features an Analogue logo mark. The user interface offers an intuitive labeling system for all buttons and functionality.

How does scaling work on Pocket for each system’s unique resolution?

Pocket beautifully displays non-integer scaling due to the displays high 615ppi and our control over the display directly. This feature allows for every system’s unique resolution to populate the screen without compromising visual quality and maintaining sharp pixels.