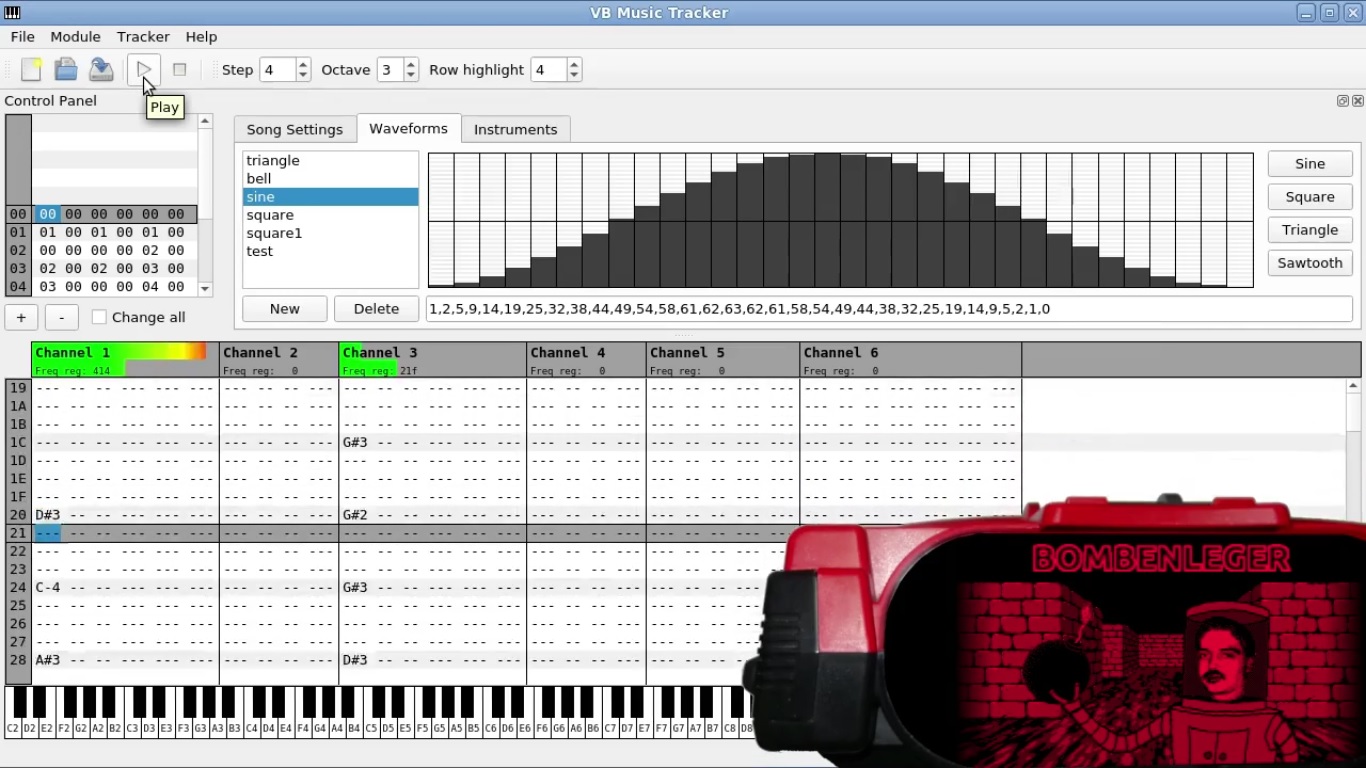 This is basically a software that will allow game developers and composers to create high quality music for their upcoming releases on the VB. Unfortuntely, some, if not most homebrew VB games suffer greatly in the audio department; this is where “VB Music Tracker” comes in handy as it offers an easy-to-use interface, midi controller support and emulation of the Virtual Boy sound hardware among other features.

Martin will be also developing a Bomberman-like game named “Bombenleger” (has both single and 2-player modes) to accompany the release of “VB Music Tracker” which is set for February 2019.