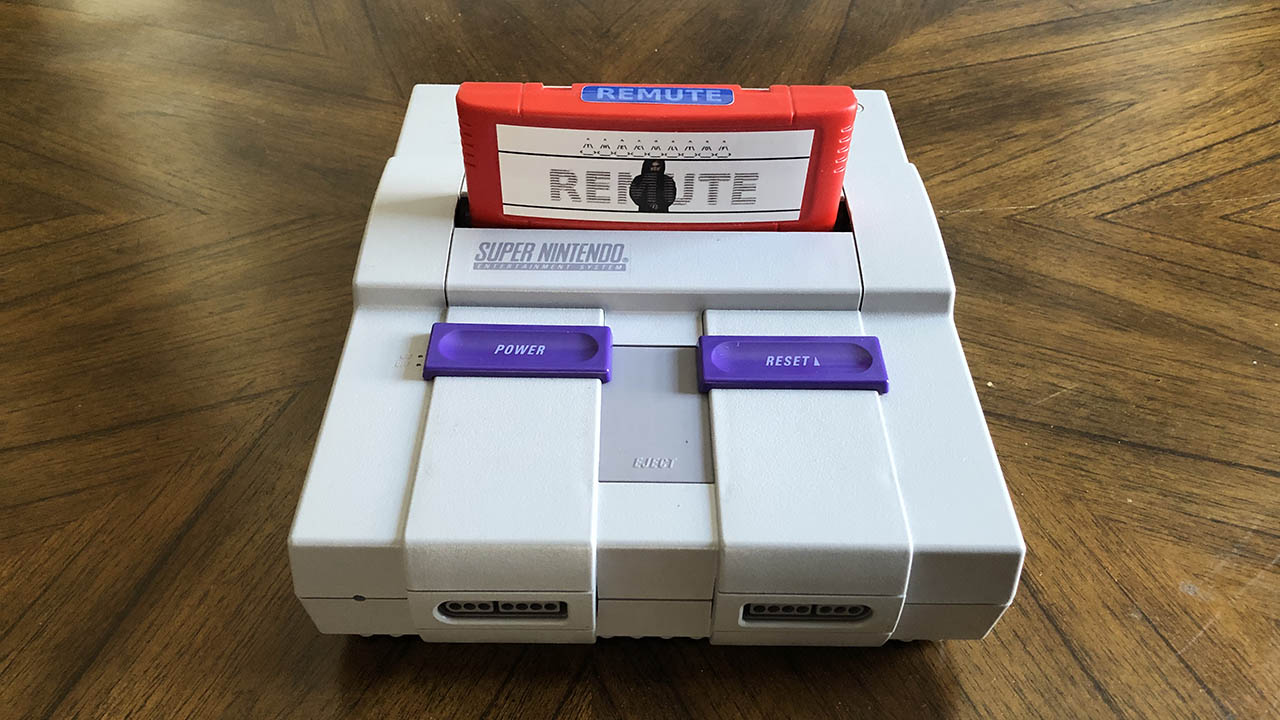 Stone Age Gamer now has stock of the awesome new album from Remute, titled The Cult Of Remute!  It’s completely region free and fits in all versions of the Super Nintendo / Super Famicom:  https://bit.ly/cultofremute

As previously reported when it was announced, the all-original album from Remute is made as a real SNES game and the sounds all all played through the SNES’ sound chips.  To be clear, this isn’t a “passthrough” of some MP3 player, these songs are played the exact same way SNES music is played, build on a PCB just like a real SNES game:

I received my copy about a week ago, but held off on listening to it, until I could give it a true “listening session”;  I wanted to play it on my fully refurbished SNES, through my stereo speakers.  It as absolutely awesome hearing songs made using the same hardware as some of my favorite video games and I enjoyed it as much as Remute’s Genesis-based album.  I highly recommend any fan of Remute’s music and the Super Nintendo pick up this album!