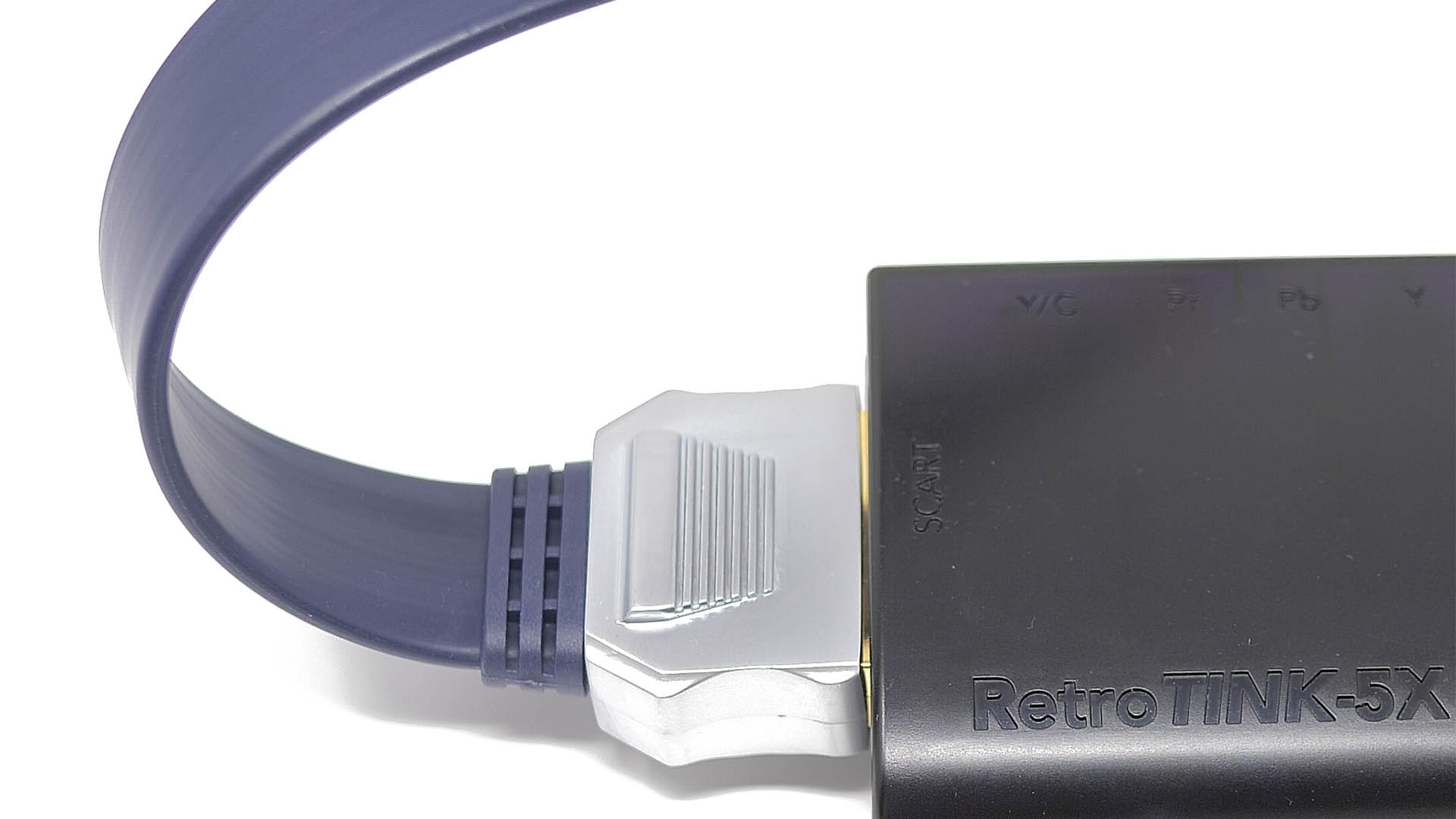 When I posted the RetroTINK 5x review, I showed it used with a shielded, flat SCART cable sold by Retro Gaming Cables in the UK.  Unfortunately, I got so caught up in the RT5x that I totally forgot to post the review of the cable!!  If you bought one based on it’s aesthetics alone, don’t worry, it’s great 🙂  Check out the full review below the link:

To test the cable, I performed my usual audio and video captures with a sync-on-composite video SCART cable.  I compared it to the always well-performing SCART Coupler, as well as the unshielded round SCART cable from Belkin I recently reviewed.

First, on the video side of things, the cable performed really well and about equal to the SCART coupler.  Even in this “noisy” environment, it totally held it’s own.  Click for a full-sized picture, but the difference is most noticeable in red: 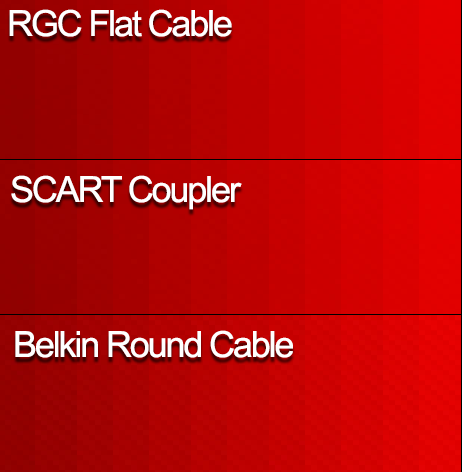 Next, was the audio test.  As usual, I used the Konami title screen, as the almost all-white screen after the sound-effect can introduce a hum into the signal.  As you can hear, the RGC flat cable has just about as much noise on the white screen as the SCART coupler, but the unshielded cable has a much louder hum.  I was able to hear this, just by listening to my cellphone speaker, but be careful not to hurt your ears, cause the sound effect is kinda loud!  Check it out at the 34-second mark:

Overall, the flat SCART cable performs really well and anyone can be confident using it in their setup!

…a note about my test setup:  I wanted this to be a “real-world comparison”, so I used the exact same methods as when I tested the Belkin Round SCART cable.  In your setup, the SCART cable will probably be run alongside other cables:  Analog audio and video cables, as well as power and even HDMI or other digital cables like USB.  When I’m testing on my desktop, away from other cables, there’s very little outside interference to worry about, making it a somewhat unfair test.  Introducing a medium-quality piece of equipment like the receptacle coupler, adds a variable that emulates what you might find in a “real life” setup.  Alternatively, if I passed the signals through something like a gscartsw, it might clean up the signal, resulting in an inaccurate review.  Most importantly, if these tests were inaccurate, why would the shielded solutions show no interference and very little hum, while the unshielded cable shows a checkerboard pattern from color bleed and a louder hum on the white screen?  So, basically, the cable tests are accurate.  And if you don’t believe me, you’re welcome to buy one and test yourself 🙂