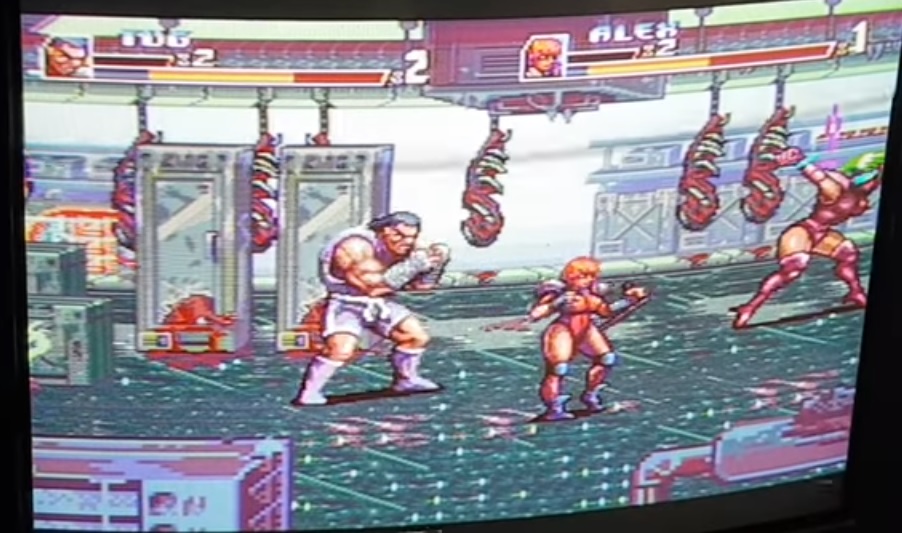 Watermelon recently surprised everyone with announcing/organizing a release party for their long awaited and upcoming Sega Genesis/MD Beat-em-up game “Paprium”.

Long believed to be nothing but vaporware by many, “Paprium” (earlier known as Project Y) has been been in development for almost 5 years (but on pre-order since March 2017) and Watermelon’s suspicious behavior (rarely posting anything on their website or social media accounts about the game and not very responsive through email) added to the overall controversy; well, until they unveiled the game last weekend in Paris.

But what was shown in this bring-your-own-beer kinda party was more of a tech demo than a finished product. Fonzie (Watermelon’s creative designer) appeared to be leading the attendees through a couple of different stages mainly showcasing 2 of the main characters and the level-design. No enemies were present during the demo so it’s safe to presume that the game is still in a pre-beta phase.

As many of us predicted, the game won’t ship “around that time” like Watermelon claimed on their latest post on their website. The 2010-2011 Watermelon seems to be long gone now, it’s a shame as they could have hugely benefited from the momentum they gained right after the release of Pier Solar.