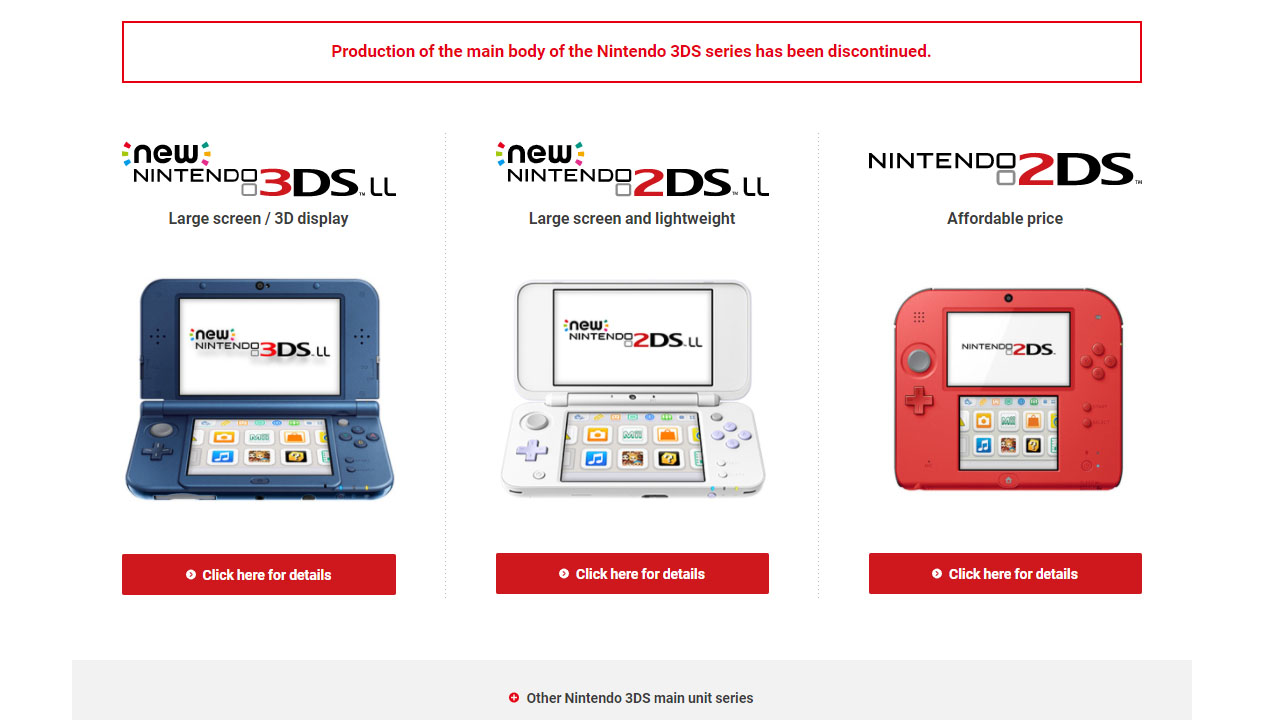 According to both the Japanese (above) and UK (below) official Nintendo websites, the entire line of 3DS products have been discontinued, including the 2DS and 2DSLL.  With the Wii U and 3DS eShops closing in many regions, the writing was on the wall that Nintendo would soon pull the plug on the 3DS line of products itself and I guess today’s that day.

The handhelds had a good run, especially considering they still sold decently even after the Switch’s initial release.  It makes sense that Nintendo’s main focus would shift to the Switch and I hope that Nintendo will consider porting some of the better 3DS games over to their now single platform.  There’s many things we can speculate about what Nintendo will do next, but all we know for now is if you’re looking for a brand new 3DS, get one right away before supplies dwindle.

(as of May 18, 2022 – More infoProduct prices and availability are accurate as of the date/time indicated and are subject to change. Any price and availability information displayed on [relevant Amazon Site(s), as applicable] at the time of purchase will apply to the purchase of this product.) 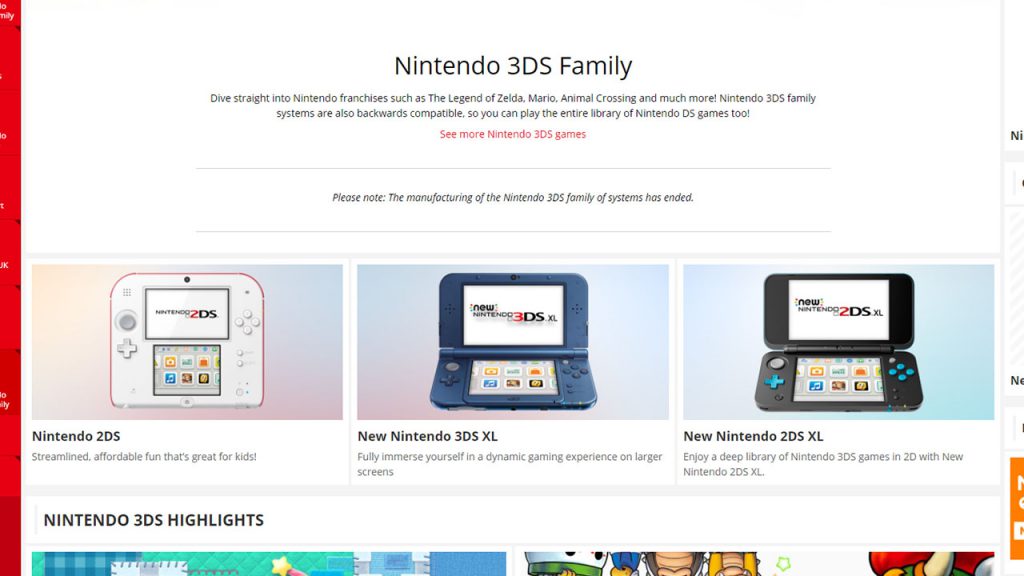