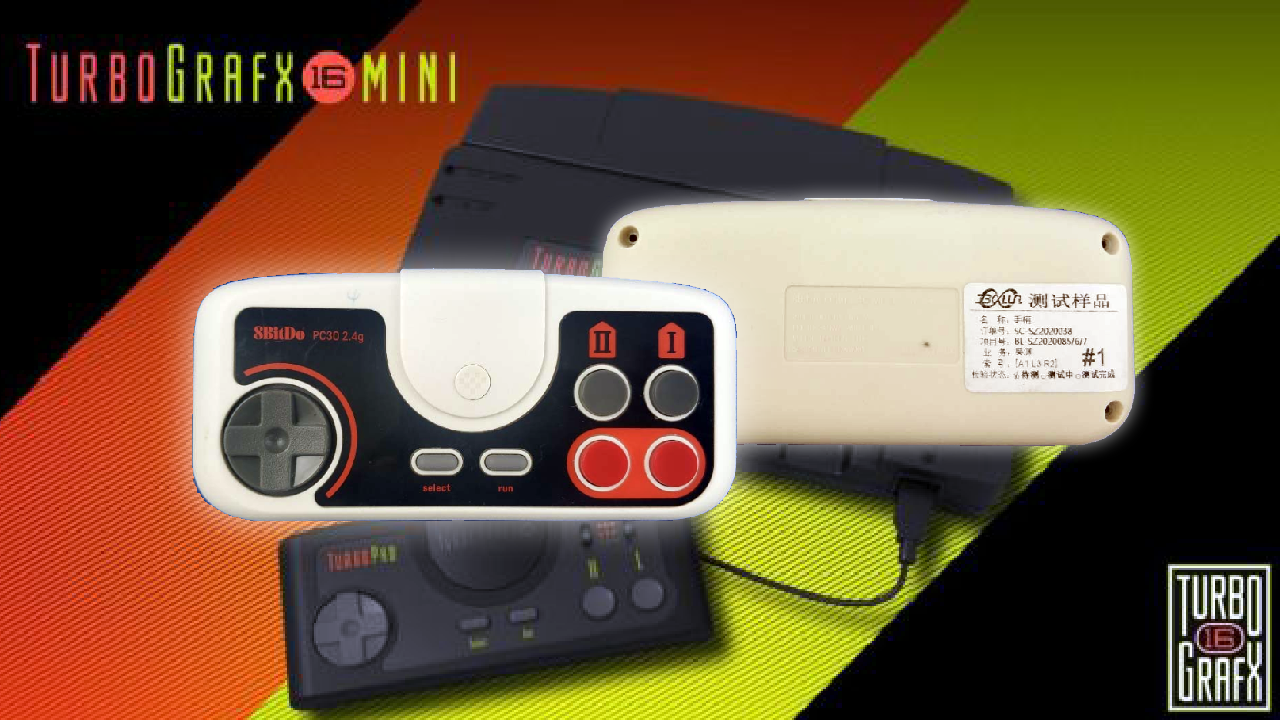 Some internet sleuths have recently discovered a listing submitted to the FCC which shows that 8bitdo has been quietly at work on a 2.4G wireless controller for the upcoming Turbografx 16 / PC Engine mini.  The listing, which can be found here, provides curious onlookers with a few pictures and details via pictures of the internals, external shell pieces, and the submitted PDF manual.

Details are scarce and subject to change, but per the listing, the controller will include a built-in, rechargeable 3.7v 180 mAh Li-on battery for 18 hours of play time. The controller will charge over USB and is rated to have a 1 – 2 hour charging time. From the provided pictures of the internals, it appears that the P30 will use the older microUSB standard instead of USB C.

Per the submitted PDF manual, listed support includes the PCE, Coregrafx, Turbografx Mini consoles and the Nintendo Switch. At this time, there is no word regarding support for Macs or PC’s.

A major change that is immediately noticeable from the original PCE controller is that there are what appear to be two extra turbo buttons over the I & II buttons. In contract to the PC Engine, the original Turbografx-16 controllers had built-in turbo functionality in the form of a three-toggle switch.

Whether this functionality will be added or addressed via a separate revision remains to be seen.

8bitdo has also seen fit to include a “home” button with their own logo located in the middle of the controller. This is most likely, as anyone would imagine, included so that players can access their home screen on the mini’s & the Switch.

Please keep in mind that 8bitdo has not announced this product at the time of this post (03-16-20) and thus there is no concrete price nor availability stated.  With the delay of the mini consoles, it could be some time before an official announcement is made. Please treat this as a rumor until 8bitdo breaks their silence on the matter.

That said, the FCC did approve this product for sale within the USA, so that is a good sign.