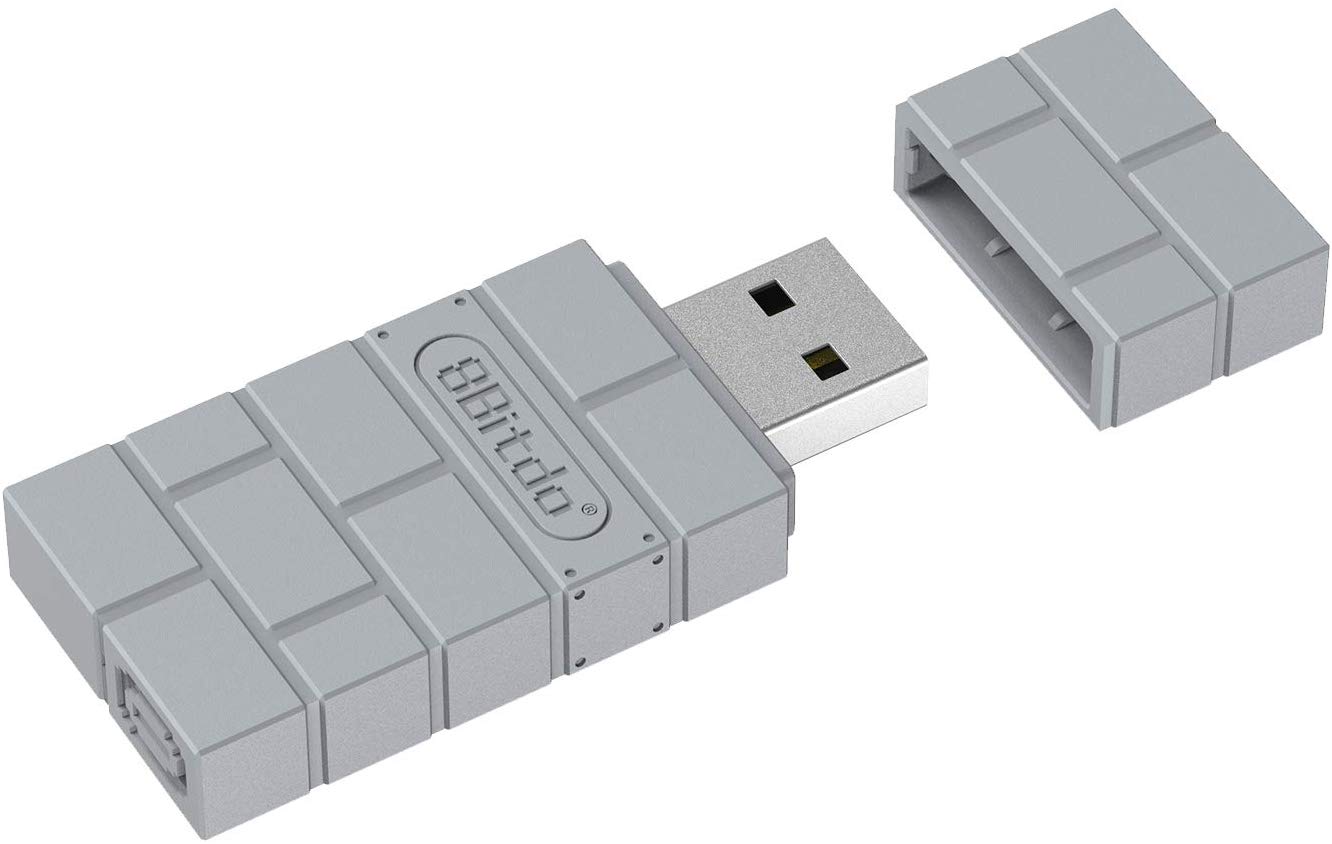 8bitdo has been on fire over the last year releasing controllers and adapters for many of our beloved past and current consoles.  Today, it’s the Playstation Classic’s turn.  In a tweet, they announced their new wirelesss bluetooth adapter.  If you’re familiar with their products, it looks exactly like their older wireless bluetooth adapter, but instead of the brick red color, it’s now gray-ish to match the PS1.

Play your PS1 Classic Edition, wirelessly, with any PS4 controller (and more). Pre-order yours now for $19.99 – https://t.co/m3FPl6bmYv pic.twitter.com/D29SSmgfLA

According to their Amazon link, the adapter has a release date for December 31st of this year and will cost $19.99.  I’m curious if the other retro receivers and older wireless adapter will receive new firmware updates that also allow for this functionality.  I’m curious if the emulator on the PS1 Classic will support the dual shock and rumble functions.  If it does, then the Psycho Mantis battle in Metal Gear might be faithful to the original release.  Time will tell…