Over on the Sega Xtreme forums, a user by the name of Murzik recently posted about his efforts in translating the version of Ys 1 in the Falcom Classics I Collection on Saturn, eventually releasing a 0.1 alpha patch on 1/20/22: 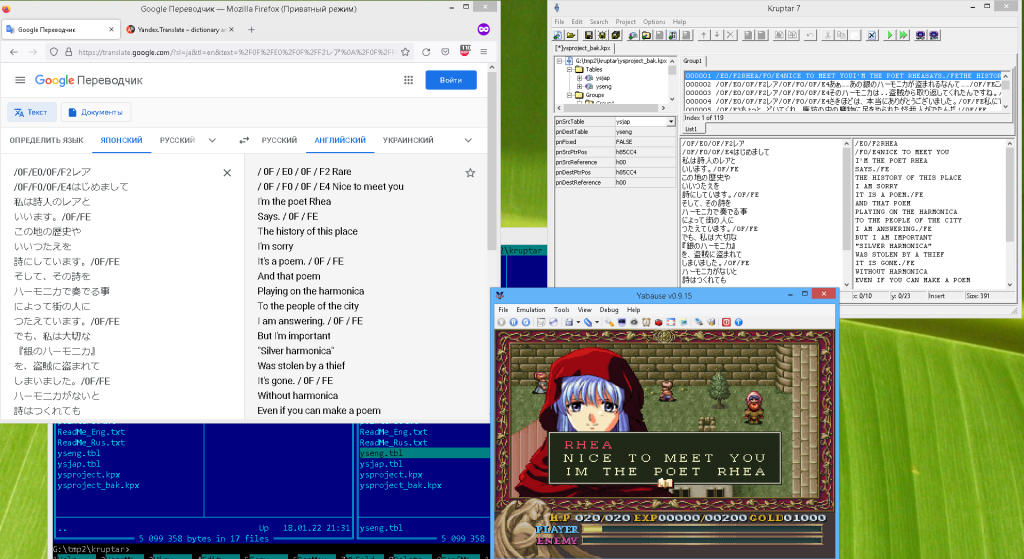 For those of you unaware, Ys 1 is a bump style RPG (Where you literally bump into the enemy to attack them, and vice versa), released originally on the PC-8801 (Which you can now play on your MiSTer), and later ported to several consoles such as the X1, PC-98, Famicom, Master System, MS-DOS, and Sharp X68000 to name a few.

The plot involves you playing as swordsman Adol Christin who just arrived in the town of Minea, and is called by the Fortune Teller Sara in order to defeat the evil forces within the world of Ys.

Full disclaimer, this is an alpha patch, a work in progress or proof of concept if you will. Only the first village and it’s villagers are currently translated, all other towns are not only in Japanese, but have graphical glitches in their text dialog due to the method in which the English text was inserted. This translation also uses machine learning (Google Translate) in order to translate the text, so it’s not exactly 100% correct..

Currently, the developer Murzik is looking to open it up as a community translation project for people to contribute to, so if you have any interest in seeing Ys 1 on Saturn being translated, definitely reach out to him on Sega Xtreme here:

If you’d like to read more about this translation project (Or any other SEGA Saturn translation news), definitely check out the post on Sega Saturn, SHIRO!: