Xilinx revealed their new high-end FPGA, the Virtex VU19P, which will be the largest FPGA ever created. It comes from their line of 16nm UltraScale+ FPGAs and contains 35 billion transistors. It boasts the highest logic density and the input/output count (2,072) of any single device ever made, and is 1.6X larger than the Virtex UltraScale 440, the largest FPGA created until now. While Altera’s Straix 10 hit the 35 billion transistor mark previously, it did so by connecting extra transceivers to the FPGA.

The VU19P’s primary use will be for prototyping ICs like entire modern GPUs, and in the field of artificial intelligence. It will likely cost an absolute fortune and will not in any way be an enthusiast device, but MiSTer fans will be looking at it as the type of device that we might have at our disposal in the coming decade.

Comparing it to the MiSTer Cyclone V’s 110,000 system logic cells, the VU19P has 9,000,000, along with 1.5Tb of DDR4 RAM that can transfer about 4.5Tb/s of data. Massive overkill for Donkey Kong, but more than enough for a truckload of N64s, and very handy for modern systems like Playstation 2.

Of course, the limitations we face today in FPGA emulation are not simply a lack of horsepower, but due to the ever increasing complexity of the systems being transcribed to HDL. You hit a wall at powerful systems that lack in-depth information on their chip designs (anything post-Jaguar really), and larger and larger groups of researchers will be required to take on such projects. But, one can dream. 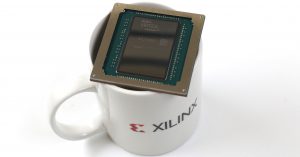 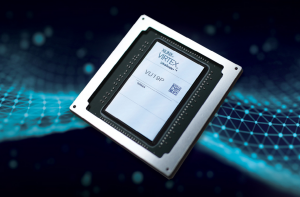