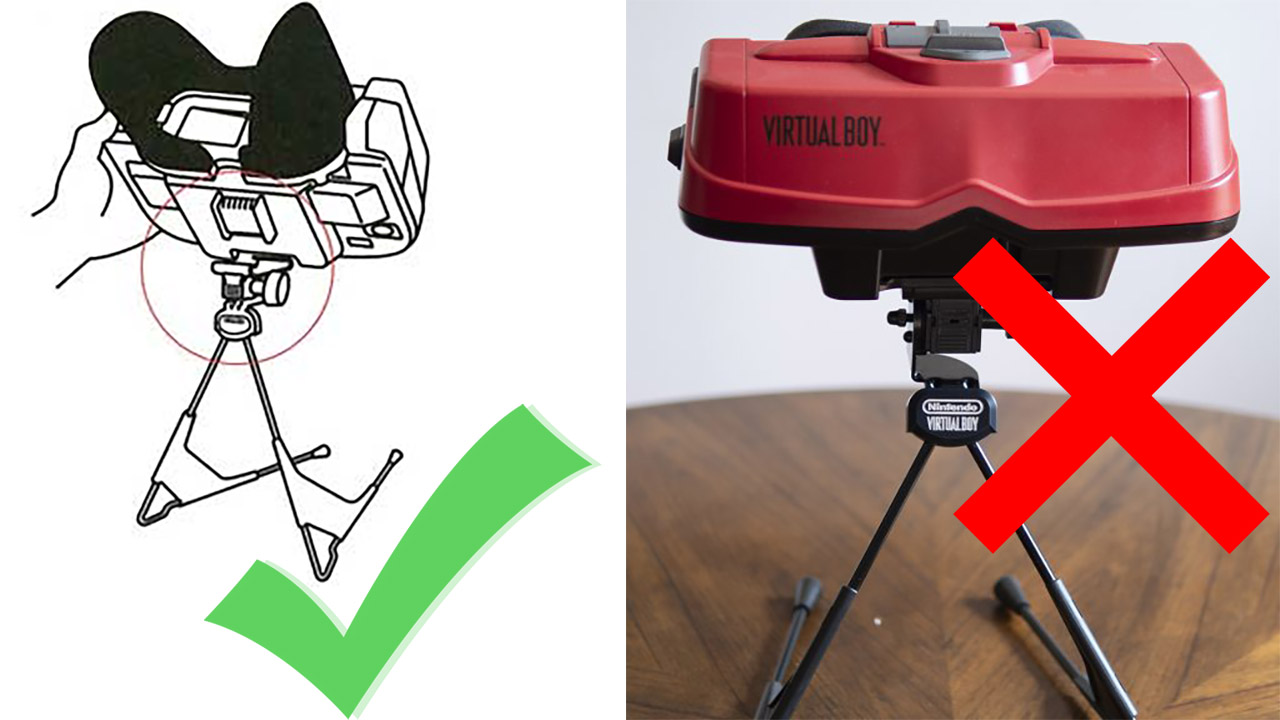 Planet Virtual Boy members have posted a page from the manual that explicitly states how to orient the stand.  Oddly enough, the Nintendo logo on the clamp release should be facing the player, not facing away like so many of us – including me – had done before.  The quote reads:

“Place the stand on a flat horizontal surface such as a table. The ends of the stand should be pointing away from you and the clamp release button should be facing toward you.” 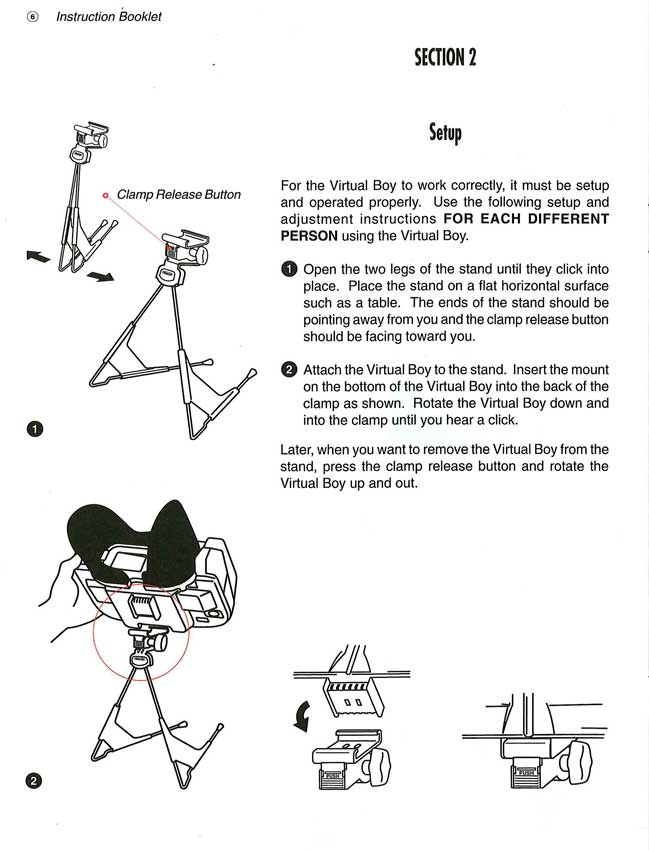 While the manual is clear, official Nintendo publications have not been!  Here’s a scan of a magazine ad sponsored directly from Nintendo, that shows the improper orientation: 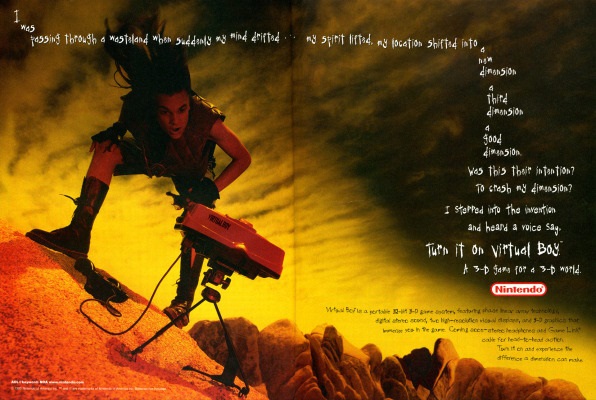 It’s speculated that this was done to display the Nintendo logo on the medallion in these pictures, which makes sense from a photographer’s point of view.  Not all ads were wrong though: 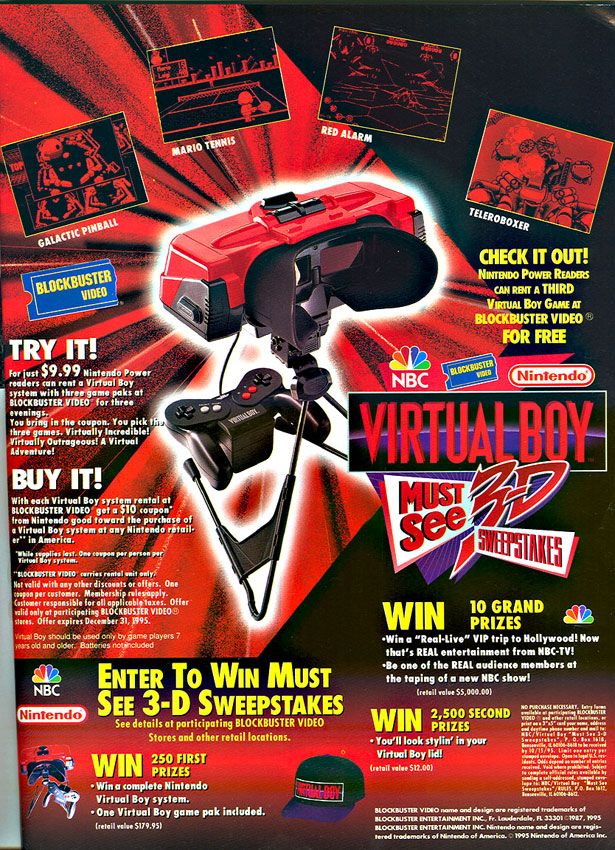 So, should you change how you use your Virtual Boy?  Meh, only if you’d like to.  Unlike using improperly built cartridge PCB’s, there’s no safety issues and unlike using bad scalers, it won’t take away from the gaming experience.  I’ll probably make a point to use it the way Nintendo intended just out of principal, but I believe this is one of those situations that doesn’t really matter.