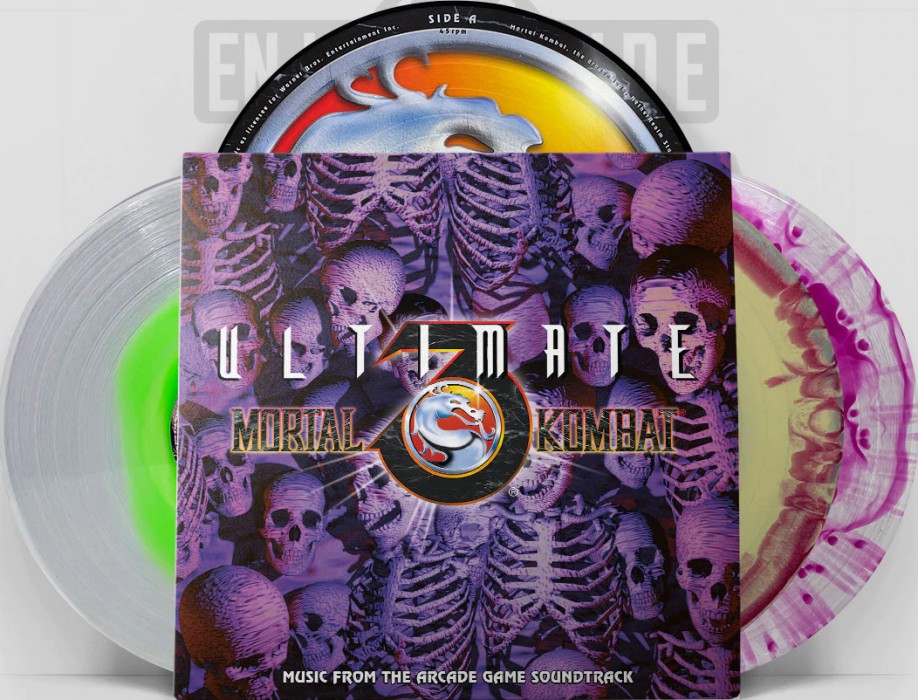 Enjoy The Ride Records has released the soundtrack for Ultimate Mortal Kombat 3: Soundtrack From The Arcade Game, composed by Dan Forden on a single 45rpm LP in 5 variants. Price is $25.00

Enjoy The Ride Records: https://enjoytheriderecords.com/
Light In The Attic: https://lightintheattic.net/

This release is based on the CD release from Dan Forden, where fans had to send a check and pre-paid postage to hihs PO Box. This is a limited edition release, with variants Soul Chamber and Purple Skkeleton Explosion being already sold out. This record is pressed in following variants: