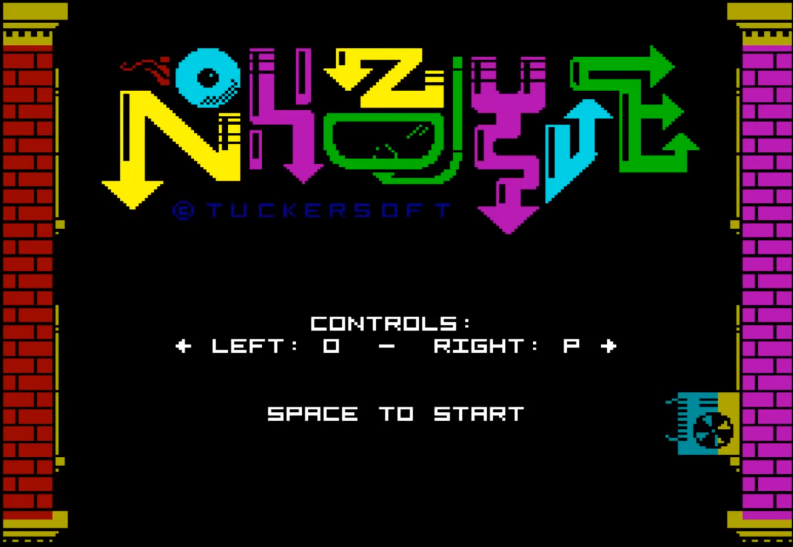 Netflix really seems to have a thing for retro games and the 80’s in general.  Castlevania, Stranger Things, Hi Score Girl, and now Bandersnatch.  In this interactive movie, watchers are encouraged to interact in a “choose-your-own-adventure” style of game where choices determine the final outcome.  That’s not what this article is about though.

The movie features a fictional company named “Tuckersoft” that has developed several games. One of them named Nohzdyve is now a real game.  Like its movie original, you’ll need a ZX Spectrum, or an emulator capable of playing it. The ROM was available via this link but unfortunately it seems like it’s not easy to access.  Apparently there is some complicated code that changes the landing page depending on different factors.  You’ll see that my link says “Nohzdyve” at the end, but it could dynamically change to “history” after you click it.

The current theory is that the landing page depends on what choices you’ve made during the movie.  If that’s the case, it’s a very interesting and meta way of doing things.  Then again, everything about this particular movie is meta.

Oh, and there is also a scene that mentioned Retroarch, which is something that I was definitely not expecting to see in any movie. Perhaps that is the emulator that the writers had in mind?

It’s great to see so much support for older platforms from unexpected sources. I’m a huge fan of Black Mirror and this episode was a treat.  Some redditors have also theorized that Bandersnatch may have its own ROM file somewhere.

Netflix has definitely upped the ante for the term “movie based game” in a good way. Let’s hope that we get more Easter eggs like this in the future.