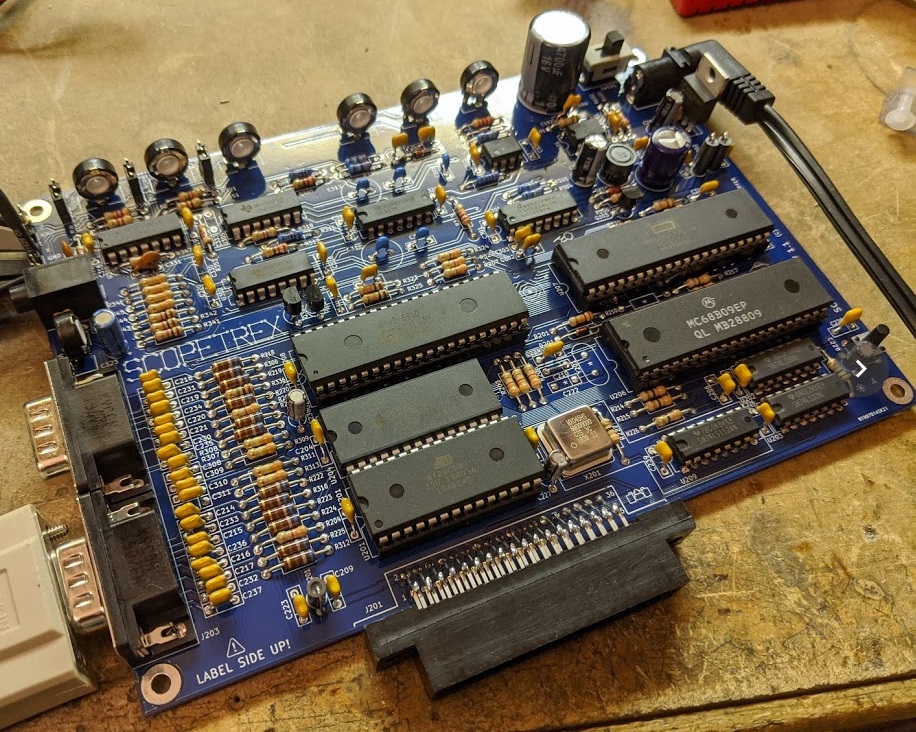 Retro computer hardware expert Eric Schlaepfer aka Tube Time just released the full schematics of a Vectrex motherboard replica. The Scopetrex, as he calls it, plugs right into an analog oscilloscope and takes advantage of its vector-based monitor to accurately display Vectrex games.

Tube Time designed the Scopetrex PCB layout from scratch after carefully studying the Vectrex‘s service manual and photos of its logic board. As an upgrade, he opted for both a modern power supply and a better output amplifier circuitry. Support for the more readily available 8-bit microprocessor Motorola 6809E and the 3-voice General Instrument chip AY-3-8910 was added as well. 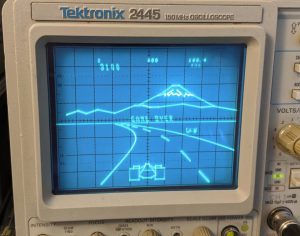 Here’s a list of improvements over the original console’s mainboard:

All of the components used to build a Scopetrex are off-the-shelf products that are readily available for purchase on Mouser. Users should carefully pick the right BOM version according to their CPU of choice (68A09/68B09 or  68A09E/68B09E) . Also, Eric conveniently included Mouser part numbers in both BOMs.

And to keep the experience as authentic as possible, the Scopetrex runs on the original Vectrex firmware, but like most other new projects, it’s up to the user to provide the BIOS files and in this case program the AT28C64 EEPROM.

The original Vectrex controller, which pioneered the use of analog sticks in the home-console market, will run perfectly through the de-9 connector but Tube Time went out of his way to design a new controller that boasts a modern dual-shock style thumb stick.

As for video, three 2-pin headers are respectively placed next to the X, Y and blanking on-board dials that interface with the the scope through clip prob leads or ideally, custom-made BNC cables. It is also important to note that the Scopetrex is compatible with XY monitors such as Tektronix 602 and 604.

video of the Vectrex displayed on a Tek 604 vector monitor with a P7 phosphor. pic.twitter.com/vno8X215zR

Tube Time is not planning to produce or sell any Scopetrex units, in fact the project is completely open source and anyone with the right skill-set can build a working model and/or modify Eric’s original design found over at github: https://github.com/schlae/scopetrex

(as of January 30, 2023 – More infoProduct prices and availability are accurate as of the date/time indicated and are subject to change. Any price and availability information displayed on [relevant Amazon Site(s), as applicable] at the time of purchase will apply to the purchase of this product.)